I was not told of any grading etc and the above is all I know about them.

We were so elated that we actually had embryos make it that far that we immediately decided on 2 and went that morning to have them both transferred. We were told the remaining one would probably not do any good but they would ring me on day 6 (Sunday 07.07.19) to let us know, but probably wouldn’t be good enough to freeze.

In hindsight I would have liked to have known more. What is the grading that others on chat sites talk of? If I had elected for single transfer on Saturday which embryo would they have used? And why did they give the option of 2 to transfer on day 3 but not on day 5? Why only one allowed to transfer on day 5?

Can anyone help give us guidance? 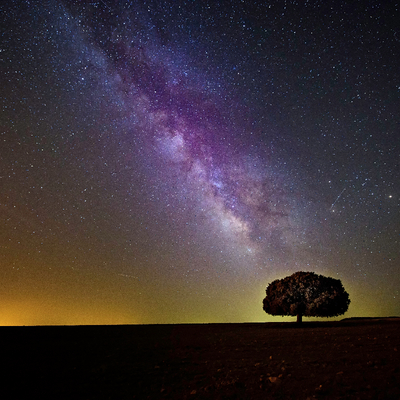 Kimbo80
To view profiles and participate in discussions please or .
Read more about...
11 Replies
•

8 cell embryos on day 3 are the best number of cells you want! Wishing you so much luck! I've done a fair bit of reading on embryo grading but here is a link below that might help you understand things a little better. Try not to get too hung up on grading though. Realistically nobody know which embryos are gonna do well!xx

I had two embryos on ice, I’m 39 and their both my own eggs, I had a 5BB and a 3BB. I wasn’t asked which one I wanted transferred, they just defrosted one which happened to be the 5BB, but because they were both frozen on the same day it didn’t matter. The number is the size of the embryo.

As it turns out bearing in mind I was top it was a top quality embryo, it clearly implanted as I had a BFP but unfortunately at my first viability scan the embryo was about the size of a 4 week one when it should have been 7 weeks so it had failed.

Having read about grading embryos on here, they don’t mean anything, it is all a matter of opinion so two embryologists could look at the same embryo and give it a different grading. Some ladies have had really low grades put back and had a successful pregnancy. So all I can say is don’t worry about that and I wish you well on your journey

I wanted to comment as we found ourselves in your exact position 2 days ago. I’m 38 and we had two good quality embryos they wanted to transfer, and a third that they are watching until today. Unlike you I panicked about having two transferred as I am petite and wanted to avoid a multiple birth as much as I could, but once I got in to the clinic I put my trust in the clinic knowing they know more than I do. I have researched a lot during my ivf cycle, my understanding is that it is our age mainly that drives the decision to put back two day 3’s. The concern is that leaving them to develop to day 5 can for some women they then have nothing to transfer. It’s always a balance between keeping them in the lab incubator where they can watch them and make some assessments of how they are dividing and what grade they are and make the best selection based on this, but then wanting to get them back into the uterus environment rather than have them in the lab. I also wasn’t told anything other than that two of mine were ‘good’. I’m not sure what would have made them give them until day 5, but I have read that they are more likely to put back two day 3 than two day 5. Chances of both resulting in pregnancies are higher for day 5’s than day 3’s, and one of their goals is to in an ideal world avoid multiples. Their rate of multiples is monitored and there are HFEA guidelines for clinics, they have to be seen to be managing their twin percentages.

There is a Facebook group called Embryology and IVF support where I do see women put up pictures of their embryos and ask for grading opinions. Just be aware they are not embryologists themselves, just women who have done a lot of personal research. facebook.com/groups/8407533...

Cindarella5 is right, grading only goes so far so don’t worry so much about it now.

All the best for the days ahead lovely x

Hi just to say don’t worry about the fact they weren’t graded - they don’t tend to grade until blasto and in earlier days it’s all about how many cells. Both sound great for you so good luck xx

Thank you for your replies

We were already expecting this, but I still got emotional and had some tears.

This is such an emotional thing for us all to go through, this includes my parents as well, who have been on the journey with us

We're in west Sussex too. Good luck with the two that have been transferred. Can't comment on the questions you have (we start our first cycle this month so haven't got that far yet) but see some of the others have answered xx

Hi kimbo80, this forum is amazing Its such a lifeline. Congratulations on your two day 3 eight cells that’s brilliant ,how have you got on? X x x

Kimbo80 in reply to crisps88

Well on day 10 post 3 day transfer (Sunday 14th) I took a sneaky test, just to see, and there was a faint line.

IVFNewbie21 in reply to Kimbo80

Hey...just recently joined and was ready your post. Very similar to my current situation. I was just wondering what your final outcome was after your faint line pregnancy test?

I have no knowledge of embryo grading tbh but I wish you luck for your 2ww. Hope it all goes well for you.xx

I had a day 5 transfer for my second (all embryos were doing great at day 3) but the embryos had...

EC we got 8 eggs, 7 were suitable and 5 fertilised, at day three all 5 embryos were still going...

blastocyst or transferring embryos tomorrow, if I go to blastocyst it will be Saturday, however,...

just wondering if anyone had some advice. I had 8 eggs retrieved which I was told was ok/average...

*Sensitive post* BFP after 5 transfers, not many symptoms an...