6 year old having soiling accidents : hi, not sure... - ERIC

hi, not sure where to start. Just joined, my son is 6 and regularly has soiling accidents. Almost every time loose. This has been on and off for years. I’ve been to doctors and seen paediatric continence advisor but feel it’s being put down to behaviour rather then medical. It’s happened walking to and from school. He says he just can’t hold it in. Now he is getting older he is getting more aware and just worried about him. I’ve kept diaries of food and toilet habits and gotten an intolerance test which hasn’t made any difference. Just after help from someone who has been through similar and any suggestions. I am on a waiting list to speak to a consultant at the moment. 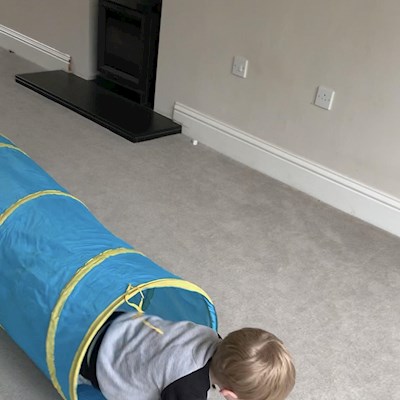 SamMitc
To view profiles and participate in discussions please or .
Read more about...
11 Replies
•

Just because it’s possibly behavioural doesn’t mean there isn’t a blockage. I’ve actually found the behaviour of my daughter to be extremely naughty when she actually needs a poo. Also with impaction it stretches the bowel so he might not be able to feel anything.

Is he on anything to soften the stool already or have to tried a disimpaction recently? Might be worth a clear out over Easter holidays.

He does act a bit silly after he has done it but not sure if that is because he is embarrassed. He often runs to the toilet to try and get there in time. And can go 3-4 times within an hour or 2. I have never been prescribed any medication for him, and wouldn’t know where to start in getting anything. Would you suggest getting something over the counter to try? Thank you for you help, it’s so hard to know where to turn.

Bambie83 in reply to SamMitc

I mean if it's really watery then he doesn't necessarily need softners but things like Laxido and Movicol both add water into the stool to make it easier to pass and in time breaks down the blockage. It's worth a try as it's harmless and if there is a blockage it will clear it. It could be that the poo that you are actually seeing is the stuff making its way around the blockage and by doing that it's stretching his bowel.

Do you mind me asking what the poo is like he's producing? If it's dark and smelling and possibly odd consistency like sludgy or gritty even, there's almost definitely a blockage.

We use Laxido plain sachets and you can get them from the pharmacy. But for a boy his age to do a full disimpaction you'd need a few boxes so it might be best to get it on repeat prescription.

Have a read of the Guide to Disimapction first so you have an idea of amounts and what to expect. eric.org.uk/pdf-a-parents-g...

I wouldn’t say watery but loose and very light in colour. . It can be quite slimey looking too. He does occasionally complain of a tummy ache I have read into encopresis but I rarely see firm pieces in the loo, he does some times have ‘normal’ poo. Just want to figure out what is going on and why.

Thank you I will look into those.

Bambie83 in reply to SamMitc

Will do, thank you.

It sounds as though you have looked into intolerances, but that does sound very like my child’s lactose intolerance symptoms. Particularly if they’re often loose full stools and have bits on undigested food. I guess the question is, do you think there’s also constipation there or not?

I brought a intolerance test, which came back with milk and egg. He doesn’t seem to have hard bits when he goes to the toilet which throws me. I have asked for an allergy test to see if there is anything we are missing. But I don’t seem to get any where with anyone. So frustrating.

Feel for you - We had very similar experiences for about two years. From 6-8yrs old.

Initially we thought he had intolerance issues, we upped fibre until we learned the difference between soluble and insoluble ( I’m embarrassed now to say that we filled DS with various high fibre real breakfast cereals which just made things worse.)

DS would be edgy, challenging, lift his leg all the time, squirm, dance around, try all sorts of distraction tactics to hold in the loose runny poo. He often didn’t make it in time to the loo.

We thought it couldn’t possibly be severe constipation given the tonnes of runny poo. Tummy aches increased, appetite dropped and so after loads of hassle we eventually got a scan and turns out he was impacted and the old stuff just sat blocking absorption of the new poo, hence the runny ones all the time.

Armed with the scan result and the Bristol Stool Scale ( we got this from Google ) we successfully used the movicol Disimpaction programme with loads of tlc and reassurance and it worked after about twelve days.

We use movicol as our go to maintenance treatment daily - we’ve only had to do the dis impaction clear out once since then ( during lockdown we just kind of lost the plot on tracking and responding).

We haven’t seen any harm as a result of using the movicol. We use the chocolate flavoured one and add in a bit of real hot choc powder. It’s worth a try if only to rule things out and arm you with more info to engage with the healthcare system again.

SamMitc in reply to Pixie102

Thank you, it’s good to hear other stories. That’s interesting about the breakfast cereal because we changed from weetabix to oatibix and cut out wheat based cereal. Obviously family and friends can get their advice but they don’t really understand. I’ve done the Bristol Stool Chart for a couple of weeks and measured his water intake and all toilet trips. I also worry about his weight and he seems so slim. I’m hoping to speak to the doctors again so will bring this up too.

You are doing all the right things - sounds like you have been really on top of the case with collecting info and that’s fantastic. Keep connecting here - there is so much knowledge and lessons others have picked up. We’ve felt in a much stronger position to engage with doctors and specialists using what others have shared.

I knew almost nothing about the deeper aspects of nutrition until we faced this problem and am still learning. I’m going to look at the wheat factor now thanks to you 👍

year old son has been having soiling accidents. He goes to a forest kindergarten so the toilets are...

movicol. My son constantly soils himself at home and at school, he has to self care at school due...

6 year old;years of soiling and withholding

they get older and more aware of it. I’ve been to the GP last year who was sympathetic but just...

problem) has been like this for a few years and M (is totally fine with his bowels). They have just...