Has anyone's child had an endoscopy​ or scan? - ERIC

I've been a member here for a while but haven't logged on lately. I have an 11-year-old with long-standing chronic constipation with overflow soiling. The soiling has been happening since she was toilet trained at 3. She had a 6 month period under the continence clinic when she was 7 and has been under the hospital for the last 3 years. It's been very frustrating as all they've done is given her laxatives in vary doses and nothing has improved in all that time. I've never been 100% convinced that it's constipation.

On our last appointment, I got them to agree to give her an abdomen scan and an endoscopy. I'm really worried that they may find something nasty - but at the same time I'm worried it won't show anything at all and we'll be no further forward than we were 3 years ago.

Has anyone else had any experience with these tests? Even if you've had bad news I'd like to know what I could be facing, please. 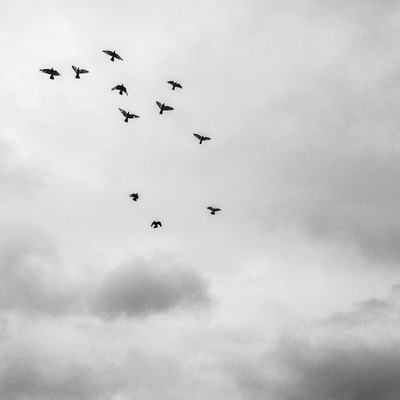 Louloubelle23
To view profiles and participate in discussions please or .
Read more about...
9 Replies
•

My son had an examination under anaesthetic which revealed he has a mega rectum due to long standing chronic constipation. It’s been helpful in that it explains at least in part the continuing problems he has. But I still don’t feel like we’ve got to the bottom of the whole problem. Pls let us know how you get on. Has she tried trans anal irrigation? My son is using it, it’s not working well for him but did for a little while. We are waiting to go to our 4th hospital now 😔 would be so good to get to a point where he can poo every day and not have constant pain

Louloubelle23 in reply to Robinia

Thanks for replying. I've not heard of trans anal irrigation. She's literally just had laxatives and that's it. Sorry to hear it's not helped your son. It's frustrating isn't it - especially when something works to begin with and you start to think its getting better, only for it to go downhill again! I will ask about it though - anything is worth a try! She's got the abdomen scan on Wednesday. Still not got the appointment for the endoscopy yep but they said it would be around 6-8 weeks wait. Fingers crossed. I'll keep you posted. Thanks, and good luck with your 4th hospital.

I don’t have experience of endoscopy but also have an 11 yo with long-standing problems. She’s been in hospital for full clear outs , emergency enemas etc. We only have laxatives too. We up and down doses to suit but it’s realky not working. Having another ultrasound on Friday - they’re good to provide objective evidence of what’s going on. They can tell if things are moving or static by looking for bubbles! Radioactive traces good too as they can see where the markers stick so find blockages . Apparently they don’t do radio at this age due to ovaries .

My herbalist says that I should try a different track but my husband won’t allow it unless consultant agrees😡. That’s my next plan to ask her if she’d support it...

I hope you see progress soon. It’s so horrible seeing your child suffer without knowing the cause. Mx

Louloubelle23 in reply to Longhaul

Thanks for replying. It is so frustrating and upsetting isn't it. It's causing my daughter a lot of anxiety - especially now she's just started senior school. She doesn't get pain but feels sick a lot! If these tests don't show anything useful and the hospital just say we have to continue with laxatives I'm planning on looking at 'alternative therapies', as they call them. Anything is worth a try! Let me know how you get on with the herbalist if you do go ahead with that. Thanks

Hi did you find a resolution for your daughters constipation?

My son is just turning 10 and he still soils his pants but no medication helps.

I don't want him having to go through this during his teenage years and beyond, so not sure what to do?

An ultrasound scan showed he has an enlarged bowel and a distended rectum.

He does not always get the feeling of when he needs to go to the toilet.

He suffers with anxiety and tummy pains to the point he is now home educated.

Can you please let me know if there is anything that helped your daughter?

Hi, I’m so sorry your son is going through this too. It’s so horrible seeing them suffer, isn’t it?

My daughter is just about to turn 13. She’s a lot better now, but still has the odd accident (probably once every few months).

First of all we took her off all the laxatives. I really felt it was making the problem worse rather than better. Her poo’s were so runny she had no chance of controlling it. And it made any accidents she did have a lot worse. She now just has a dose of Senna at the weekends to help clear anything out. So the odd accident she does have is small and much more manageable.

The other thing we tried was hypnosis (the doctor suggested it after all else had failed, but you have to go private). She did 3 sessions and had a hypnosis recording she had to listen to, twice every day for 8 months. It’s since doing this that her accidents have reduced massively, so I think it did help.

If you fancy giving that a try I can give you the hypnotist’s details. She’s English but lives in America. We did it all through Skype and each session was £150.

I hope that helps.

Hi thankyou for your reply.

My son has tried all sorts of laxatives but does not like the taste.

We tried hiding them in food etc but he was clever enough to realise what we had done.

He has been on Bisacodyl tablets for about a year and a half.

Where they are tiny he was having one a day without any issues taking them.

Unfortunately his consultant upped them to two a day but it made his toilet runny.

As he has autism this caused sensory problems as he did not like the feel of it.

He is now refusing any medication!

I really feel lost as to what to do next.

I'm not sure if he would sit and take part in an online call as of his anxiety.

That does make things trickier then. Maybe controlling it as best you can through his diet may help? I’m not sure what else to suggest really. Unfortunately there is no quick fix. I think part of the solution for my daughter is just that she’s growing out of it.

I hope things get better for you both soon 🤞

It's super tricky with his diet.Although he has started eating a bit more and put on weight he will only eat certain foods.

Thank you, I really hope so too.all the best to you and your daughter.

Has anyone else tried chiropractic treatment? We have had big success

update, my now 11 year old has been going to the chiropractor for about a year now, she had random...

months and months of trying to get her to do her poops in the toilet (she confident emptying...

My daughter has been soiling since we Potty trained her! She got constipated and had a sore poo and...

My child is suffering

I’m giving it all to her! She’s been wearing nappy pants for 3 months now. Also, she can’t sit...

So impressed and relieved we have finally got somewhere with...