Feeling like a faker. : Good morning 💕 On... - Endometriosis UK

On Friday 1st i had a laparoscopy to see if i have Endometriosis, only to find out i just have ibs-c!

Now I feel like ive made up it all up but the pain has been unreal... Has anyone else been in the same situation?! 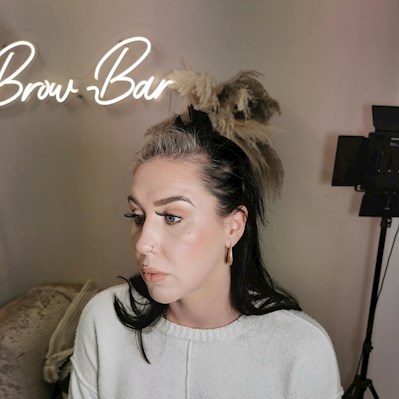 Ibstum
To view profiles and participate in discussions please or .
Read more about...
11 Replies
•

AllthatGlitters in reply to Mel2912

I was told for years I have IBS and it took for me to move area and get a new GP who is fantastic to be diagnosed with endo and adenomyosis. Yes adenomyosis showed up as having a bulky uterus on an MRI scan, I hope you get your results soon 🥰

Hi Endo can not be diagnosed via ultrasound. I had many which did not pick up anything but fibroids when in fact i have stage 4 endo. If you feel they are wrong you have to push for a laparoscopy. Good lucks sadly this seams to be part of our difficult journey x

I was told by gynaecologist that endometriosis can easily be missed by laparoscopy, around 40% of time it won’t be found but that doesn’t mean you don’t have it just it’s not obvious. Especially if your surgery wasn’t done by a specialist in endometriosis. This is one of the reasons I have decided against having laparoscopy done for now. x

You know your body if you don’t feel right keep searching for answers. My daughter is going through the same thing and even had to have a colonoscopy and was told it was IBS. She has every symptom of endometriosis but it hasn’t been found yet. Keep searching to find out what is causing you pain. Good luck and stay strong

Hi,Don't be to hard on your self

The pain and symptoms are simular I guess that's why it's so hard to be diagnosed correctly at the first point of investigation.

But good luck with your health and overall wellbeing.

I'm very sceptical about the IBS diagnosis for anyone with endometriosis symptoms. I was told for over 20 years I just had IBS when I actually had extensive endometriosis. To have pain that you describe as 'unreal' sounds very much like endometriosis.

As someone else said, they often miss endometriosis at laparoscopy, it depends who does it and how much experience they have.

Good luck in finding out what is going on. xx

Hi. I had a laparascopy a number of years ago. The surgeon/specialist told me I had mild endometriosis. He then went on to explain that there was a lot they still didn't understand and that they had people like me, who seemingly had mild endo but with severe symptoms and on the other hand he saw patients with severe endo but no symptoms. (They were there because they were trying to conceive but they didn't have pain). I think this shows there is still a lot to be discovered around this whole area, but there is more research being done now, so there is hope. I once had a GP who thought the pain was all in my head, so I understand your feelings in it. Don't be put off by what other people say though. You know what the pain is! Can you ask to be referred to a pain management team? Also, do you have a tens machine? I find these can help in reducing the amount of time I'm in that unreal pain, so worth trying out. I've heard ibs can be excruciating, so I wouldn't completely discount it. It may be worth keeping a food diary for a while to see if there are foods that make things worse. I found out that amongst other things that I cannot tolerate too much green tea. Anymore than 3 cups in a month and I have enough pain to make me feel like I'm passing out and needing hospital. My niece had the same experience from green tea, as she'd really got into it. She stopped drinking it when I told her and the pain diminished. I know a food diary is such a chore, but it's worth it if you find something that's causing you more pain. The NHS are fantastic at emergencies and some other things, but there's a lot that is still not understood. For one thing a huge amount of training has been based on the male anatomy, so they're really behind in understanding the female body. Your pain is real, whether it is properly recognised or not. I hope you get some relief soon!!!

IBS can be extremely painful.

Hello person who’s experienced real pain and discomfort! I am sorry to find that the diagnosis you were anticipating was not *the one*.

I have found myself almost wanting THE ANSWER or the diagnosis that validates the pain that I have. It’s very difficult. I have to say, endometriosis and IBS can both be very debilitating.

I don’t think you should look down on yourself or judge your pain! I agree with a lot of the other comments too: endometriosis is hard to diagnosis. Plus, IBS is diagnosed by ruling all of the other bad stuff out... so, hopefully they’ve done that for you.

While out of town, I have had an transvaginal ultrasound, a CT scan, a colonoscopy, a esophagoscopy, a stool sample, and blood tests. Over the summer, they concluded I had PID, possibly endometriosis, GERD, and a hiatal hernia.

So, I got antibiotics, a medicine for acid reflux, and birth control... but no answers over the lost weight, the continuous abdominal pain, bloating, fatigue, chills, and bowel issues.

It was very devastating for me to go through having a colonoscopy... and them tell me my colon looks good 🤦‍♀️😭 like are you for real? What about my pain? I have acid reflux? That’s the diagnosis? SMH.

I am back where I live and have been seen for GI. The blood tests and stool test have come back negative. I wonder if it is all “stress” and by proxy that it is IBS. They found high levels of calprotectin, which indicates inflammation, so I could have an irritable bowel disease. That would be a chronic, incurable, autoimmune disease... that would be very bad to have. It might not be what I have and I shouldn’t want that to be the answer. But, a part of me does.

TLDR; I understand wanting evidence of your pain, a diagnosis that justifies it, and knowing what you can do to alleviate it. I know it’s a painful frustrating journey. I wish you the best!!!

Hey, I also had a lap on Friday 1st. They did find endo for me and some weird Fallopian tube changes. Interestingly, my sisters lap was negative and I’m pretty sure given they’ve found it in me she has it also. She’s also has far worse symptoms but is doing well on mirena (did nothing for me). Not unheard of to be missed so don’t be discouraged!!

The past couple of weeks have been absolutely awful, my Endo has gotten worse so I haven't really...

I just wanted to see if anyone has had major bloating and can’t seem to get by bowel...

I feel like my uterus is trying to escape...

she has given me oramorph. I have felt like as well as my bowel area hurting like my womb has been...

struggle as since has the laparoscopy the endometriosis has become worse with periods like...

Feeling seriously down at moment. Pain is constant now, do not have anytime when I am pain free....