hi, i've recently been to see a general gynaecologist after being referred there. All the doctors i have seen over the past year have said my symptoms sound like endometriosis (really painful periods, heavy irregular bleeding, back and thigh pain, bowel and bladder problems etc) and have a higher chance of it since it runs in the family.

however i went to the gynaecologist and she basically dismissed everything i said, and told me because of my age (i'm 19) i probably don't have it. i told her all my symptoms but for some reason she only took notice of the bowel thing, saying that all my pain was due to constipation and so gave me laxatives to help... (even though that is not much of an issue anyway), her reason for this was that as women it's easy to blame our uteruses so it could just be bowels - but how does constipation explain the agonising periods and heavy bleeding. she also put me back on the combined pill which i told her had made me ill in the past and said if it is endo then it will go away if i took the pill for 6 months, and gave me mefenamic acid which i also have a past experience with bad side effects with them.

now after months of getting this appointment she has discharged me, telling me that the laxatives and pill will solve everything so theres no need to go back to see her just to tell her its working...

was wondering if it would just be easier going private or getting an NHS referral to a private specialist since i would not be able to afford private costs, is this easy to do or will a gp not likely give me a referral to a specialist due to the costs? 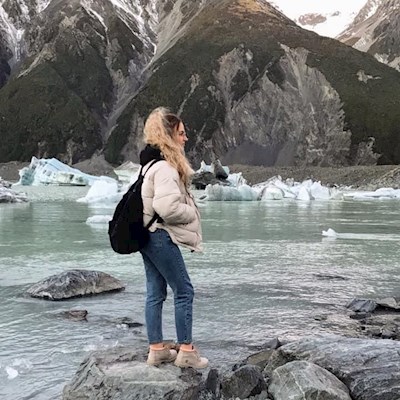 Chloeemiliaj
To view profiles and participate in discussions please or .
Read more about...
13 Replies
•

In the UK you should only be seen by a gynecologist who has a specialist interest in endometriosis. By the sounds of it you weren't.

I would write to PALs at the hospital you were seen at and explain that you were dismissed by who you saw and don't feel listened to. Id also search the hospital website and see which gynecologist list endometriosis in their interests and ask to be seen by them. The PALs at the hospital are a patient liaison service and will look into what happened and discuss with the relevant people and hopefully you should get seen by someone who actually knows something.

Theres no minimum age to have endo so they are talking out their behind song your to young. I got told the same at your age and 10 years later after fighting I finally got a diagnosis.

hey, thank you i will definitely look into PALS and telling them about the situation. i have tried searching the hospital website for the gynaecologist i saw however i could not find a list of people and do not know her name as she was not the doctor i was supposed to see.

yeah i know others who have been diagnosed at my age so the fact that she used that as an excuse along with other things she was saying showed me she didn't seem to have much knowledge on it. i'm glad you finally got your diagnosis, i'm sorry it took so long

There are referral criteria to be seen in BSGE centres, being confirmed evidence of 'suspected' severe disease where a diagnosis has not yet been made. So this would be the feeling of palpable nodules on clinical exam and/or scans showing deep disease.

In secondary care the right is to be seen by a gynaecologist in a consultant lead team so women will rarely get to see the BSGE surgeons. However, there are many advanced excision surgeons in secondary care not in centres.

The NICE guideline requires that you are seen by a specialist in secondary care who has expertise in diagnosing and treating endo, so as Christin_a says a 'special interest'. There is a list of symptoms that doctors should refer to and if you have just one then endo should be suspected. Note also 'including young women aged 17 and under).

1.3.1 Suspect endometriosis in women (including young women aged 17 and under) presenting with 1 or more of the following symptoms or signs:

deep pain during or after sexual intercourse

period-related or cyclical urinary symptoms, in particular, blood in the urine or pain passing urine

infertility in association with 1 or more of the above.

Unfortunately going private isn't always the answer unless you research well and find a consultant with expertise in endo. In secondary care you would be looking for someone with the sub-specialism 'Reproductive Medicine' who specialises in the surgery side.

The NICE guideline is below.

Chloeemiliaj in reply to Lindle

Thank you for this information, will definitely look more into before i next go back to the gp. hopefully they will be able to refer me to someone with more knowledge on endo x

You have to be the one researching someone valuable in your area and then persuading the GP to refer you to him/her. It's the best approach to see someone you have throughly researched and therefore possibly trust more

yeah i have been looking around for centres near me and have got in contact with one who said they would take me on as a patient as long as i can get my gp to agree to do it. fingers crossed they will refer me x

Oftentimes you need to insist with the GP rather than hoping. I know many women who had to insist to go see a very specific one because they had endometriosis

Lindle in reply to StefaniaJW

Unfortunately that is not how things work in the UK. We have an NHS system which has certain limitations. The right to treatment in secondary care is to be seen by someone in a consultant-led team and there is no guaranteeing that it will be that consultant. A patient cannot insist that a GP refers them to a particular surgeon as it is not their decision to make - that is for the CCG in consultation with the patient. As for treatment in tertiary care endo centres the decision is for NHS England and GPs have no say in it other than to make a case for meeting the referral criteria (confirmed/suspected severe endo or non-severe endo refractory to treatment).

Chloeemiliaj in reply to Lindle

Luckily my gp has now referred me to a private menstrual disorders specialist who has an interest in endo. Hopefully this appointment will go better than the general gyno one.

The gynaecologist you saw was talking rubbish. I had very bad period pains, heavy bleeding and IBS symptoms since I started having periods at age 11. I’ve come a long way but was diagnosed with Stage 4 Endometriosis (Deep Infiltrating Endometriosis) in 2018. My symptoms were almost the same as yours, at Stage 4. I have since being diagnosed had a total hysterectomy (for Uterine fibroids, Endometriomas/Chocolate cysts and Adenomyosis) and ‘Excision (Gold Standard Endometriosis treatment) of Endometrial adhesions within the pelvis (which had attached themselves to my bowel and bladder aswell as other areas).

Previously though .... I had a laparoscopy done in 2000 with ‘Ablation’ which I now know was useless as it simply burns off the top layer of Endometriosis and was put on the combined contraception pill (Yasmin) which can ease period pain and make periods more manageable but only masks the continued growth. Stopped Combined Pill in 2010 due to a DVT (Blood Clot) and gradually experience the pains again and 7 years later notice increased pain and increased symptoms (lower back pain, upper leg pain etc). Second Laparoscopy in 2018 confirms Stage 4 Deep Infiltrating Endometriosis and MRI reveals how far the Deep Infiltrating Endometriosis has spread.

You need to do your research which will show the gynaecologist you know what you are talking about. ‘Endopaedia’ is informative site aswell as Facebook’s ‘Nancy’s Nook Endometriosis Education Group’ Research Files/Units.

You need an experienced gynaecologist

who specialises in Endometriosis.

or Nook Endometriosis specialist (who I’ve had recent surgery with). You can get Surgeon list by following this link:

As it’s a closed group you have to answer 3 introductory questions and then you have to wait a week before you can comment or like posts. This is so you can read the ‘Basic Introduction to Endometriosis Files’.

I must stress this is an Education Group not a Support/Discussion Group.

thank you so much for this, yeah i felt like i knew more about endo than she did which was really frustrating. she told me there wouldn't be any point in having the laparoscopy whether i did have endo or not since you can only burn it off (which is clearly not the only option) and she would just give me the pill to treat it anyway, but all i want right now is to know whats going on and have some sort of explanation. I'm so sorry you had to go through all of that, i hope you are doing okay at the moment. i have found the nearest bsge centre near me and have contacted them to see if they would take me on as a patient, which they were happy to do if my gp is willing to refer me.

Thank you again, i will join the facebok group and read through their information x

problems with my periods (very heavy, painful, irregular, very very heavy and painful when they did...

sure I have endo but need the lap to diagnose. She said it should take no longer than 18 weeks to...

Possible Endometriosis- First hospital app with a specialist.. what to expect?

going private. (I am 37 so time is not in my favour - of course, there may be othere reasons that I