I'm New here and could really use some gu... - Endometriosis UK

After suffering for almost 6 years not knowing what was wrong with me,I was diagnosed 6 months ago with endometriosis well they called in salapingosis which is apparently exactly the same but no-one can seem to tell me what the difference is or anything and some doctors have never even heard of it before! I also have cystitis and bowel problems etc. I am just really struggling to keep it together if I'm honest,I don't know how much more I can take..it's just a constant battle everyday and one I feel I can't win. If anyone could share any tips with me or even just having someone who is going through the same thing to talk with would be muchly appreciated 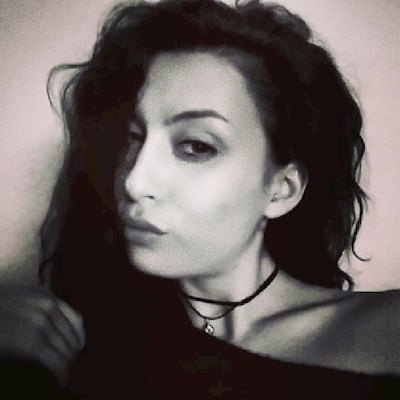 Nicolebish-op
To view profiles and participate in discussions please or .
Read more about...
11 Replies
•

salapingosis is the inflamtion of the Fallopian tubes caused by an infection such as PID not endometriosis. Who told you they were the same thing?

PID occurs when you develop an STI or an infection (such as Bacterial Vaginosis) and it infiltarates the cervix therefor attacking the rest of your reproductive system.

Endometriosis is a genetic condition where tissue a like to the womb is grown outside of it, cetain kinds bleed and it spreads over time. It can also occur from c-sections, it however is not an infection.

Were you diagnosed with a surgery or by scans?

Have you tried a hormonal contraceptive or IUD? They prevent endo growth and can sometimes minimize the growths already found.

The treatment and diagnosis of endo is through laproscopic surgery, in general gynae they burn it off (works only with stage 1 & 2) and you may be able to find a speacilsit who excises it. If your in the U.K. there are BSGE speacilsits.

See I never knew any of that,Thank you for the information! My gynea did a laparoscopy and said he found endometriosis mostly on my right side and on my bowel which he removed what he could find,he also stretched my bladder and inserted a coil which fall out and got inbeded into my cervix which I was telling my doctors for 5 months,I became really ill and got a massive infection that's when they finally listened to me and removed it,I am now on something called synarel and hrt which has stopped my bleeding but I am still in constant agony!

What do you mean stretched out your bladder? Was he checking for endo there? Or is that how he found Intersestinal cystitis?

The infection was what caused the Fallopian tube inflammation, did they clear them out? Unfortunately with PID sometimes even after they get rid of the infection or give you antibiotics it can return especially with how bad yours was, which could still be why your in pain. One woman had to be treated 6 times I believe because there may be diffenrt kinds of bacteria in diffenrt amounts so they need certain amounts of antibiotics.

I would really recommend you do some research online about PID also to prevent it happening again, wear condoms and rely on STI testing, do not douche.

Hopefully they get you sorted.

In the UK stretching the bladder is known to apparently help some of the symptoms of cystitis but my personal experience it has just made it worse! and noone has told me that I have an infection in my fallopian tubes,i was certain that all i had was endometriosis because that's what I have been told by my gynea but now you've shared this information with me which I had no idea about so I'm going to make an appointment with my doctor to see what's going on! I'm not having sex at the moment and haven't for a while so if I do have what you say it won't be down to any STI.

Bacterial Vaginosis isn't an STI or STD it forms from an overgrowth of vaginal bacteria which can be caused by hormones. You said you developed a horrible infection from the coil though, that's why your Fallopian tubes became inflamed, go online and research salapingosis, it is not caused by endometriosis however you can have endo at the same time since their unrelated however in the same part of your body.

Have you eliminated acidic food from diet? It can cause cystitis to flare up.

I'm sry to here that I have been going through struggle after struggle myself it's getting old fast I was just told in oct I have endo after I finally got someone to listen to me I was put there so many test I kept telling them it's ovaries wouldn't listen. I hope things get figured out soon n get better for u there's only one pain killer I found that helps me an now I'm told I can't take it

It's awful isn't it,no-one seems to listen either and you know your own body and when something is wrong with it! What painkiller is that? I was put on tramadol which I try avoid taking until my pains are really bad because I have heard a lot of bad things about them.

If you need someone to talk to, we do have a network of support that available to women with endometriosis. Our free helpline 0808 808 2227 is run by volunteers who have experience of endometriosis. The helpline is open most days – the times it is open can be viewed here: endometriosis-uk.org/suppor...

You may also find our support groups useful as a place where you can discuss endometriosis and the issues you are facing with other sufferers. You can take a look here: endometriosis-uk.org/suppor... to find out if there is one in your local area.

Nicolebish-op in reply to Lou7707

Thank you very much for the information

You are definitely not alone! I'm struggling everyday with pain also and have ibs problems through it too. The worst thing for me is the tiredness and fatigue, it's so so hard. Another thing is when people don't understand how rubbish the condition actually is. Hang in there though, you're doing great 😊 x

I know I'm not alone and there's people who are going through the same or worse but you just can't help feeling like you are and that you're carrying the weight of the world on your shoulders. I'm with you on that Mel,I feel tired all the time and no matter how many things I try to give me a little energy it just doesn't work! I would do anything to be young and healthy again! yeah I agree,that's why I joined this site to talk to people who are going through the same so I can feel a little less alone with it all. Thank you so much you're very sweet,you hang in there too..we can do this! x

Hey, i'm new on here and want some support and advise :)

was diagnosed with Endometriosis 2 years ago. They found it because I was having my appendix out....

I'm new on here and would like some help

Not sure what else I can dos part from ride it out until I see the gyne and they decide if I have...

periods since I can remember. The past year they have gotten worse. At first glance I don't have...

Just looking for some guidance?!

the gyne again does anybody know what the next step is as i feel im just being fobbed off and a...