All the excuses you need. I have loads. - Couch to 5K

So after amazing myself by getting to W4 R3 which I thought would be impossible at the beginning, something went wrong. I finished week 4 a month ago. I did get a bothersome cold which stopped me in my tracks for a few days but since then here are some of the excuses I have used to not go for a run.

Too hot. Watching the world cup. High Pollen Count. Had a pint at lunchtime. Camping weekender. Run out of sunblock. I had a swim earlier. Invited to BBQ later so didnt have time, and many more beside. But the most annoying one of all is that I Forgot that running is something I do! No more excuses from here on in. I am determined to crack on again, will probably have to drop back to W3 again, but that's ok. So tonight I will run again! Unless anyone else can think of a good reason not to! 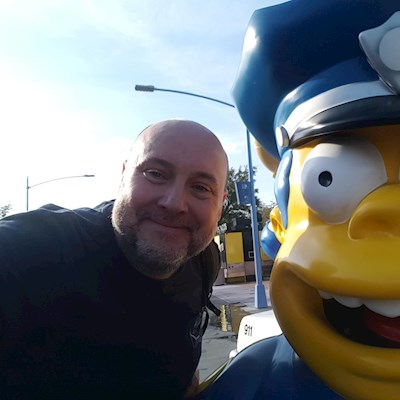 RichRunsSlowly
To view profiles and participate in discussions please or .
8 Replies
•

Run in the mornings before you even brush your teeth you won't even have time to think of a good excuse!

But seriously, keep strong, you can do it! x

Ha, been there done that. You’re a runner, get out there!

Nope, definitely all out! Plus you’ll feel like you’ve slayed those gremlins who are only too willing to dish them out. So go and enjoy getting back to what you do!! 😁❤️

It's easy to make the excuses not to go, you've just got to get out there.

I know you've been out of practice for a month, but I'd say give W4R1 a second go. If you do it great, you can keep going, if you can't then maybe then think about dropping back to week 3.

Hahahahahaha....there’s some cracking ones there, especially the football...but NO MORE!!! Get your clobber on & get out there...you know you want to!!!

Good for you for ‘fessing up! Go and run because you like it!

The last few mornings I *really* haven't wanted to get out of bed. Once I get going it's OK though and I'm always glad I did it when I get back home.

Only three weeks to go now, just need to keep my eye on the prize....

I just need to thank you all, but especially...

on here, who put into words the way that we talk to ourselves when we are trying to do something a...

Trying to be positive. Sorry but I need to off load with a long post

out of phone and radio wouldnt play so running round a track in silence, pace is completely to pot,...

When running is all you have

the end of every completed run. To marvel at how far you have come , from Run 1. Continual...

How do you carry your inhaler and all the other stuff I feel I need to take?

juggle them at the same time as running to take my mind off the running?!?!

You are all helping me so much

apprehensive of my 20min run on Friday. However having started to read posts on here over the last...