So this week I’m cloistered in London but didn’t want that to stop me keeping up with the programme, in fact I was quite taken with the romantic notion of running along the Southbank. Pity it didn’t turn out as I had hoped. The traffic fumes, cigarette smoke and general melee of people, cycles and cars coupled with pathway closures all conspired to make my morning run challenging and clunky. Today was W6R2 which I might repeat when I get home and back to the peace and clean(er) air of my canal bank, before tackling R3. 😬 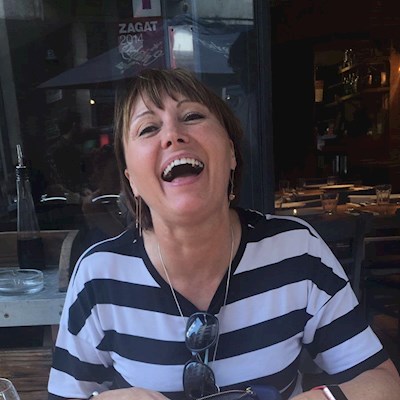 Suesky17
Graduate
To view profiles and participate in discussions please or .
16 Replies
•

Some lovely parks around though.....

True; I did finish walking a couple circuits around Whitehall Park - small but sweet and just around the corner of where I’m staying so that bit was ok 👌

Regents Park is within a reasonable distance too

I would love to run there!

Soutbank? Batterersea park further down along the river is ace. And so is Hyde Park, not far from there. And many other!

South bank is always packed! I met up with friends to take photos there and you couldnt move. An experience though, running there, I would think.

Area like that is perfect for early morning runs though. Anything else and you're in the middle of chaos.

That one is on my to do list. Living in London I just have to get on a bus, I can understand how the expectation would not live up to the reality but like you I’m still determined to do it one day. It does seem like it would be a great run. Now if only we could get the masses to part as we went by, then it would be perfect 😀.

I tend to drive and park near my routes, and some are free if l get there early enough. Battersea park would charge but the place is priceless when it comes to longer runs. I wouldn't use buses, nobody wants to sit next to a wet parrot.

mrRfc and I love Battersea. Free parking at the weekends on the streets and lots of dog watching as we walk round. Our best walk was Battersea On To Chelsea then across Putney Bridge back on that side to Battersea past the Helipad. Great walk, would be a brilliant run too once you got past the crowds round Chelsea. I use buses a lot, the Northerner in me likes the fact I can get two buses within an hour for £1.50 😀 and usually get all the way across london.

Oh Suesky - you should have given me a nudge I'd have happily accompanied you to Regent's Park - Southbank is always horrendous.... except at Twixtmas..., but that's a heck of a wait to run there..

But you got out and did it, well done you

That would’ve been great; next time 👍

For years I enjured the traffic queue's going through Battersea to get over the Bridge to work in Kensington, I wouldn't fancy running in the fumes.. Bushy Park a bit further over is beautiful and have run there a few times at Parkrun.. nice and flat..😊

Sorry you didn't enjoy your run.

One of my favourite runs when I'm visiting is from the Millennium Bridge towards Tower Bridge at sunrise, then over and back, but it's always busy with runners and commuters.

I learned a new route on Monday though - I started at St. Pancras where I was staying and ran along the Regent's Canal up through Camden to the Regent's Park and the start of the zoo. It was great even in the pouring rain and with the mad cyclists

Definitely one to repeat.

Yes as Annie said , the canal is good through Camden etc. Not too far from Hampstead too....that is very nice, parkrun too!

morning I went on a fun run. I was confident that I would run all the way but I didn’t 😢

Does anyone else find running fun most days then have a run where you actually can’t wait to stop...

during those runs, l’ll run on. I’ve realised that it is so important to make this your running...

Headphone use in fun runs?

I was sort of planning on just running to Laura's 😀 pace for one run I have coming up in August....