Bouncing Back! (With knee stretches) - Couch to 5K

two and a half years ago I made a change in my life. I decided to join a weight loss group and to also begin a running programme. With hindsight the running programme at 21st9 might not have been the best of ideas. I completed couch to 5k, had great fun getting my speeds down to 30 mins for 5k. But i picked up a knee injury. That was october 2012. Since then ive tried several times to get back into the programme, but as soon as i reached about eight minutes i would get horrible knee pain on the outside of my knees.

All the symptoms of over pronation etc, got my gait re-analysed, got some over pronating shoes, still got the pains.

Went back to flat shoes tried again, this time with a different technique. A sports physio expert said i had under developed muscle around my knees. Causing instability when i run, as well as having a very very taut iliotibial band (it band).

I tried the exercises she suggested but still, soon as i hit that eight minutes i had to stop and could limp for days following.

I found a video on youtube of a series of six exercises with strengthen the muscles in your legs and stretch the it band. Ive been doing those pretty much every day now for for five weeks along with couch to 5k in neutral shoes. 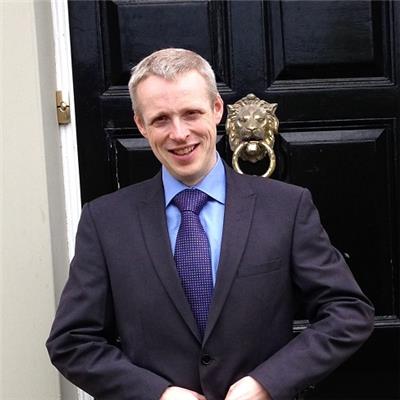 Gazter
Graduate
To view profiles and participate in discussions please or .
Read more about...
18 Replies
•

Link please! I did W6R1 last week, and knees are kicking off again, just like yours.

PS I just looked at your pic and thought, that doesn't look like someone who weights 21stone. Then I clicked on the pic and it says 12 stone now. Wow! That's amazing.

And here is a link to a document made from the actual stretches, which have them laid out with the timings:

Those actually look pretty hard! Were you able to do them all for the long times suggested to start with or did you build up? I think I'd be struggling to hold them for that long!

They are only hard because you have under developed leg muscles. The strength gains really quickly.

I now use ankle weights with them, and hold them all for sixty to ninety seconds each. That's progress only over a few weeks.

Its kind of the point. It shows you just how weak your muscles are. Just running doesnt strengthen them. If you have a lot of weight loss, along with that you get muscle atrophy as well.

Cool. I'm going to print these off and take the to Italy with me next week. I may not run much while I'm on hols, but I certainly do these (or try!). I just did the first one, which was ok. The second one looks as if it might hurt my already sore knees. I'll give it a go off the top stair and see how it feels ...

yeah its a b*tch. Do it until you feel the cramping/lactic acid build up in your knee, then push for a further ten seconds. This is a standard knee rehabilitation/ strengthening exercise.

Just had a go. I did 20 tentative reps on each leg. Right not too bad, but left felt a bit sore and makes the most blood curdling grinding noise! I will do little and often until strength builds up and hopefully won't grind kneecap off!!

A grinding noise is maybe not good!!!!

I got a few knee strengthening exercises from a Physio I saw earlier in the year - but could have saved the money - these are much more comprehensive (and look like harder work!) Eek

Thanks for sharing. Anything that rehabilitates knees is fine by me!!

Your post is very inspiring at just what not giving up can achieve - thank you for sharing your story with us. I Just wanted to say thank you for the link to this video, i think i will adding a few of these exercises to my brand new routine to help strengthen my knee, which has started today.

Thats amazing...the body is so complex it always amazes me....well done you.....

First run back after surgery. Third minute in and horrible knee pain :(

I tried a small amount of running but before I hit eight minutes I got a terrible pain on the...

Fit not Fat for 50: How to get sick, keep busy, and bounce back

to give up trying.

Bouncing back from the injury couch!

and he did say he didn't have a problem with me running after a week or so, if I felt alright.

Sever pain in knee and back of my heal so FED UP :(

please. now 2 hrs after i have got sevear pain just below my left knee right at the top of my tib...

move. Once acute back pain settled, I went for walks before I tried running, I started using a...