A bit of reassurance needed here please. During lockdown a breast lump appeared, not actually in the breast but to the side. It felt like a lymph node so I waited for it to subside and after 8 weeks it hadn’t. My CNS said I should get it looked at and after 2 weeks via GP I had a biopsy done at the hospital. Everyone, like me, thought it was a lymph node and sure enough the biopsy revealed the Cll without transformation. Further tests on sample being done. Great relief on my part....nothing new....carry on. Until 2 weeks ago the CNS contacted me to say that after a few emails it had been decided I needed a hospital appointment. I am currently on W@W in the community and don’t see a specialist at all. Of course I was caught off guard and couldn’t ask the reason why just took it on the chin. It’s not urgent she said so wait 7-10 days for the appointment. Needless to say that has not happened so I’ve chased it up and have been told it will come but it’s not an urgent appointment!! Well now I have questions for the CNS for reassurance as it seems weird but she’s unavailable for some weeks now!!! Can anyone shed any light as to why I need to see the specialist as a result of the biopsy? In the meantime my bloods are due next month and will go ahead as usual. 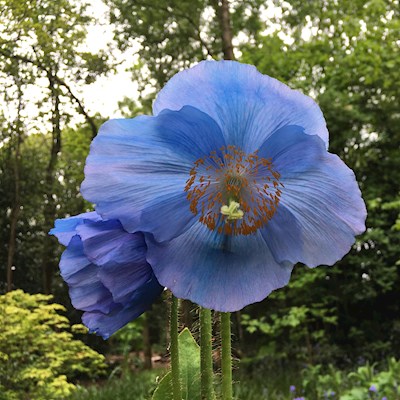 Pinkdark2018
To view profiles and participate in discussions please or .
Read more about...
7 Replies
•

While I cannot give a direct answer to your question, is it worth phoning the specialist's office to see if you can speak to anyone to get some clarity? I have found this to be helpful in the past laying it on thick how worried and concerned you are about the need for this appointment when it had previously been more or less cleared. It is such a difficult time waiting around for appointments like this and all the uncertainty. Hope all goes well, and also for your blood results due soon.

Pinkdark2018 in reply to holly2

Thank you for the advice.

Hey Pink. I understand your worry. I can’t give you an answer per se. But just in case it’s helpful I can tell you I had a node in the same place on both sides but larger, more obvious on my left. I had a different node biopsied do they didn’t do another but they kept an eye on it until they both disappeared with bendamustine/rituxamab.

I agree with Holly. Phone and say you need more immediate information.

Thank you. It is reassuring that someone else has had this experience. The confusion is the continuing with the community monitoring programme whilst awaiting the appointment to come at any point, Covid permitting of course, is what increases the uncertainty. I will make that call.

I hope that you get some clarification by calling. Sometimes I think that those in medical offices forget that we are not just numbers on a page. When I called about my Flow Cytometry results I got, “You have CLL. Gotta go, I have a patient.” I kept her on the phone long enough for her to tell me what the letters stood for, then she hung up.

I know that many women with CLL have nodes in or near the breast that freak out those reading their scans. Some end up going through the same routine every year, because there is not enough training about lymph nodes being the probable reason for a lump.

Another possibility is that the lump is caused by a cyst. Those are usually drained (no big deal) so they don’t hide something behind them on an ultrasound. Was an ultrasound done?

The good news is that your doctor is being proactive. The last thing that any of us want is to need to deal with medical issues during a pandemic, but better to be thoroughly checked out that to miss something that needs attention.

The whole issue was dealt with swiftly and with due care and compassion. My result was quick and it confirmed that the lump was due to Cll, this was after an ultrasound scan and needle biopsy. I was happy with that and filed it away until the community monitoring team said I needed to see the haematologist as there had been communication around the biopsy. The delay in receiving an appointment and the fact that my CNS is now away fo some time and my inability to ask questions on the hoof has resulted in my question and anxiety. I hope all will be cleared up with a phone call or the appointment turning up in the mail very soon.

Update. An explanation now at least but no appointment. I’m happy with that for now just would have been easier if that had been given in the first place to avoid the angst!

was bad headache for one week after which it became dull and I don’t even need to take Tylenol....

Update from my Appointment

good thoughts, and prayers for my appointment with a new specialist yesterday. I appreciate it so...

presently have swollen lymph nodes in the neck and clavicle. CT showed nodes in abdomen region but...

could be from the lymph nodes since they are very active around there and that’s why we have to hit...

Hospital response to lack of monitoring after first FCR

doctors, nurses and hospitals were all knowing and no need to question, but we need to be so aware...

NHS Letter regarding covid testing and treatments for CEV Pa...

Uk What is the exact SNOMED code for CLL to get priority PCR...

NHS sending out a PCR test to all CLL patients