Abdominal Aorta Aneurysm: My husband who has... - Care Community

My husband who has an AAA has been told it has grown to a size where elective surgery may be necessary and an endovascular procedure is being considered. However, he has mild cognitive impairment and is awaiting assessment for dementia or alzheimers. We have been told that the operation may make his memory and cognitive abilities worse as during the operation they have to cut off his blood supply from the waist down. Has anyone else experienced this situation or by cutting off the blood circulation from the waist down would affect the blood circulation to the brain? 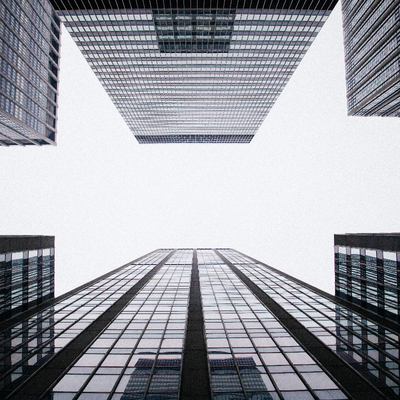 Lilyanna23
To view profiles and participate in discussions please or .
Read more about...
4 Replies
•

Hi Lilyanna23 and I join sassy59 in welcoming you to the Care Community. This is a real dilemma for you. It's not something I've had specific experience with though I have witnessed my sister's discomfort at having to decide whether to allow doctors to go ahead and give her husband with dementia an eye operation which would help his sight, but with a substantial loss of cognition would be difficult to explain to him. It wasn't as if each doctor was of the same opinion. While one would say that the gain might not be worth the confusion her husband would go through, another would say that it would help her husband to continue to be able to find his way around their home to a limited extent, for longer.None of us was really able to help with this. It seemed to be a no win situation and in the end she decided that the gain was not worth the distress he would go through.

But as I understand it, an intervention for an AAA can in some circumstances become critical. Does your husband have a specific diagnosis in terms of his loss of cognition? And would he be capable of deciding for himself at this point? If it is a definite diagnosis of one of the dementias, cognition is, sadly, likely to become more marked as time passes anyway. It then boils down to how you feel about hastening this, versus his AAA reaching a critical point where there's no option.

I feel for you both. There's no right or wrong decision and it's a very unpalatable choice to have to make. I hope you can make a decision you can live peaceably with. Please do let us know what you eventually decide.

I could not answer wether that would affect the blood circulation to the brain. However abdominal aortic aneurysms do run on my Dads side of the family. Both his older brothers were rushed to hospital when they were causing life threatening situations. The first one was not aware he had this aneurysm and if he had not been rushed to hospital he would have died, they had to revive him twice in the ambulance. The other was not quite as dramatic. My Dad had a yearly check up to make sure it was not growing too large. Maybe ask how big it could grow before it would be too big? My uncle was at 9 so that’s way too big. My Dad was at nearly 5, they said at 6 elective surgery was recommended. I have no idea what happens during surgery but I do know they fit some sort of say tube around the aorta to stop it growing and bursting.

Thank you for responding to my post. I guess a decision cannot be made until he has his memory assessment and a diagnosis from this. In the meantime I'm trying to do as much research into the statistics of the operation being successful without causing a permanent deterioration in his abilities. So far, I have found that there is a greater risk with a general anaesthetic of this happening, but very little information or patient experience of a spinal block causing cognitive deterioration. At the consultation the surgeon said she had had this very conversation many times with patients but I am finding it difficult to locate examples of this in the community.

Are GPS trackers a good idea for dementia sufferers

her husband is also sight impaired, he's still managing a daily walk on his own to local shops, and...

Adult Social Services - the elderly - can anyone offer some insight?

seriously. I spoke to her GP who said if she has dementia then not much can be done, it's just a...

Dad not going to survive

shrift. I was told that they are going to stop his antibiotics, fluids and even his insulin (he's a

child . He has circulation problems , but just wont do what is advised , he keeps crossing his legs...

Coping with watching a loved one in pain

it is from when he fractured his hip last year and had to have an operation. He is more bedbound...