Reversed All of My liver Issues in 15 ... - British Liver Trust

With the care and supervision of IU Medical Center in Indianapolis, Indiana, In using a low carb diet and exercise, I have lost 85 lbs so far, lost all my insulin. Since I was diagnosed with fatty liver,Fibrosis and Cirrhosis, since I started this new way of life I only eat 30 carbs or less a day. I have not had any alcoholic drinks since I was diagnosed 2 yrs ago. I was told an alcoholic drink would be like poison to my liver. In 1 year I have reversed my fatty liver, all my fibrosis and all of my cirrhosis. This is the first year that IU has said they could actually tell patients they can turn some or all of their cirrhosis, and fibrosis around. I have been telling friends of people that I know at HealthUnlocked, that there is always hope and liver issues and even Cirrhosis is not a death warrant..... 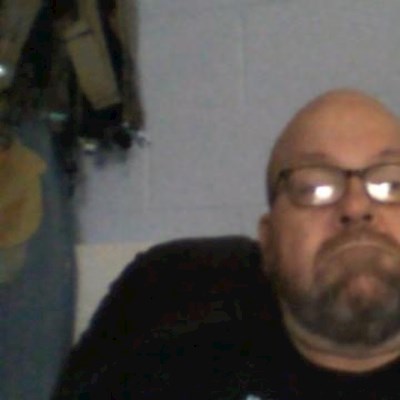 Herman7275
To view profiles and participate in discussions please or .
Read more about...
13 Replies
•

Congratulations. Your story gives hope to others however at the risk of being accused of being negative cirrhosis isn't considered reversible unless perhaps it's in a very early stage. What most likely happened in your case is that the fibrotic parts of your liver repaired and that's good news and confirmation that lifestyle changes can result in a damaged liver repairing itself.

The conventional belief by the medical establishment is that once a liver is cirrhotic past a certain point the cirrhotic parts of the liver are irreversibly damaged. If you've proven this to be wrong then you should be studied carefully to determine why your liver achieved what was considered impossible. Did you have a biopsy that confirmed cirrhosis and the stage of cirrhosis or was the diagnosis based on things like subjective interpretation of scans?

Your type 2 diabetes disappearing is something that others have achieved through weight loss similar to yours however it would be wrong to give the impression that a low carb diet is the only way to achieve this. Dr John McDougall (see the link below) promotes a high starchy carb vegetarian diet (which is pretty much the opposite of your diet) that people with type 2 diabetes have followed and like you lost large amounts of weight and their type 2 diabetes went away. There's more than one way to skin a cat!

Well done on achieving what you have. Keep on doing what has worked so well for you!

To be fair to Herman he didn’t say or imply that a low Carb diet was the only dietary approach to take. He said that was the diabetes diet method that he used - as it happens so do I 😀👍.

Keep on following the diet that has worked for you. I wouldn't want to live on an extreme low carb diet for the rest of my life nor a vegetarian diet like Dr McDougall promotes.

Out of the two diets I believe that McDougall's is probably the healthier one because there are no populations anywhere in the world that follow an extreme low carb diet that are known for longevity or good health. The only possible exception is traditional Eskimos who have lived on a diet consisting almost exclusively of meat and they aren't known for longevity & when studies were done it was found that they tended to have high rates of osteoporosis due to their high protein consumption leeching calcium from their bones. Playing devils advocate vegetarians also aren't known for their longevity despite tending to have lower rates of heart disease.

Once your weight is down to a healthy level you could probably relax the diet a little as long as your weight doesn't start to creep up. How the weight was lost isn't important as long as it was gradual. Use whatever diet and exercise method that works best for you. I see no no reason to avoid carbs nor meat as long as they are consumed in moderation and weight stays under control.

Edward - you missed my point - I wasn’t talking about the efficacy of the Ow Carb diet or otherwise - it was merely the fact that you implied that Herman said or implied that was it was the only diet to use - and he didn’t say or imply that at all.

Sounds good. We'll done Herman. Pity I am a cirrhosis patient residing outside the US , otherwise I certainly would have wanted in on this trial. How far gone were you with the ailment when you got on the programme?

Edwards points are relevant. We do not want to give false hope and so cirrhosis only means scarring. Past a certain cirhottic point the liver becomes self destructive. But...that can be slowed down.

The liver is a gannet. My liver is decomposed and I must ear 3,000 calories a day which is nigh on impossible on a low card diet. If I followed that with my liver condition I would soon have malnutrition, one of the causes of death in advanced cirrhotic cases.

I’m glad what you did worked for you but I know with my liver stage that would not work. Oh just a wee point

your better leaving anything toxic alone now as because the scarring is cirrhotic it will not go away so be careful not to add to it. Stay away from old habits 👍

Is that really true! I though once you were diagnosed with cirrhosis that was it. So was it just low carb diet, no alcohol and exercise?

Uplight99 in reply to pugwas

99.9% of the time it isn’t reversible. In fact until I read this post I thought it was 100% not reversible.

Congratulations on your improved liver function and thank you for sharing your experiences with us.

It is always important to get specific dietary guidance from an individual’s own hepatologist in the first instance.

I am in Florida and go to the Mayo Clinic, There has been a few reversed their cirrhosis, only the ones that got it through drinking , my doctor stated, most that has reversed with a biopsy and diagnoses actually of cirrhosis was patient that stopped drinking immediately after experiences signs of cirrhosis or ones that put in the hospital due to alcohol illness and committed to not drinking again when they are discharge home. I am friends with one of the young ladies that I met at the clinic, she has reversed her cirrhosis, due to diet, and she hasn't taken a drink in 3 yrs. She has gotten 3 biopsy because she still shows signs of liver disease, i guess it could be in her head, because she was told cirrhosis wasn't reversible.

My understanding is there is no cure. You learn how to control the symptoms with the correct diet, exercise and essential medication. But congratutations on being symotom free at the moment.

I’m so happy to hear such a positive story . I wonder if you’d be willing to share what your symptoms were like and how long into your lifestyle change did those stop ? Congrats on your new found health

Hi and well done. I reversed it too by lifestyle. I had a severe fatty liver and compensated cirrhosis. I believe that if you compensated you have a good chance of reversal. If decompensated then it's a harder job. I think there's a point of no return. No health care professional has ever gone into details or explained it. Keep up the good work you can do this. Best wishes

I had fatty liver caused by alcohol bad food .I have fibrosis with a fibroscan of 7.4 kpa .My...

me speechless! I dont have cirrhosis, or severe fibrosis or fibrosis. Fatty liver is now my...

fine. I was diagnosed with alcohol cirrhosis since December 2015. I'm compensated now, I have my 6...

I have been diagnosed with F2 fibrosis with a liver stiffness of 7.4 kPa .Is fibroscan accurate in...

Alcoholic Cirrhosis after quitting the Alcohol?

blown Cirrhosis , months after quitting alcohol? I have read here that people had fatty liver, quit...