Hi Guys, I joined a running club this week after plucking up courage all summer to do so. I’m 64 and can run a 7 mile distance but slowly at a rough estimate of 12 miles per hour personal speed. The members are a lot younger than me and most of them whizzed past me the other night and did not speak to me at all, feel I am too old to join them. What do you think guys? Is anyone else in the same boat as me? I have a 10k race/run tomorrow and this incident has made me nervous to run with younger people. Thanks. 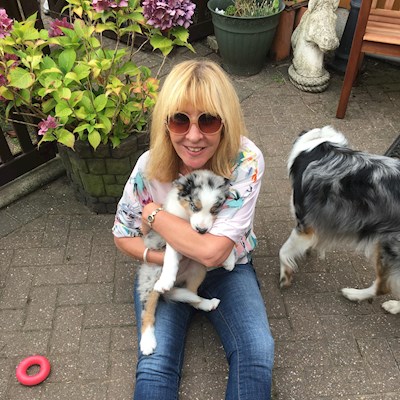 Agelesslass
Graduate10
To view profiles and participate in discussions please or .
27 Replies
•

I think you just joined the wrong running club, or you were there when maybe some of the older or slower folks weren't present. I know lots of friendly, slow and old, although not always in that combination(plenty of faster older people too). My experience is most tend to run a route where the faster/fitter ones end up doing extra loops to go further so that everyone finishes around the same time and there should be a focus on not leaving people at the back.

Oh and a local 10k race is a good place to scout out all the friendly looking local running clubs, often these can be quite informal and hard to find on google as they just have small facebook presences etc, so maybe force yourself to talk to some of them, young and old. You will be fine at the race, young people are just like old people, you just need to kick them harder and shout at them a bit occasionally

Thanks for your reply, I will take your advice and hopefully find some fellow oldie runners in my club which is in my village. Maybe all the younger ones were out the other night.

When you turn up at your race you'll see that you're not the oldest there. I'm always gobsmacked at the grand old ages some racers are and they also go whizzing past me too! You'll see all sorts.

I agree with pinkaardvark that you joined the wrong running club. I had a similar experience to you with the first one I joined but I've now found one that's very friendly and there are groups for ALL runners from new "never run before" runners to ultra distance runners. Shop around until you find the club for you. I "found" my club by chatting to a friendly member during a race so you never know who you'll meet tomorrow!

Enjoy your race, it's yours and yours alone. Think of the bling! You'll be fabulous 🤗🤗

Thankyou Irishprincess, your advice has been taken on board and I will research your suggestions.

Have you any other clubs in your area agelesslass? I know that in Portsmouth we have running clubs that the serious racers belong to and I would not join them at my age of 60 as they are focussed on a different target. But there is also a fitclub which is a more fun and all inclusive club. It does it’s own c25k programme, it has runners of all shapes , sizes, ages and speeds. They are supportive and friendly. They also welcome you to do a trial evening before joining. I only found out about the club when I did parkrun. If you have a parkrun nearby it might be worth chatting to other older people about running clubs in the area, or see if there is a group of people you think you may get on with. It’s probably a bit of trial and error but don’t think that you are written off yet.

Thank you Dexy5, will look out for fellow runners from other clubs tomorrow on my run, it has knocked my confidence a bit, don’t want to be an idiot and be last.

No one who has completed c25k is an idiot- it’s probably one of the best decisions they’ve ever made. And in my experience of watching the great south run , the slower runners get more applause! Go girl.

One thing to bear in mind is that a lot of non-working people are on holiday now that the children have gone back to school. My Pilates class has gone down from 20 people to 5 over the last few weeks. It’s cheaper and temperatures are kinder in September. Maybe there will be a few more next time you go. Good luck tomorrow. 🏃‍♀️👏

Ah yes, never thought of that. Thanks for good wishes, I’m getting nervous now.

Your local Parkrun may have some ideas for older runners, there's quite a few of us going to those, or maybe there's a veterans running club not too far away, don't be too disappointed, you are knocking yourself a little, is there not a slower running group time? a good running club should cater a bit for the slower runner where someone comes back and comes in behind you so don't get left behind, mine does..

Thanks Davelinks will keep going there and hope they accept me.

I tend to agree with pinkaardvark, maybe a club with a better mix of older and younger might be better? I do think us older runners are in the minority though, I see quite a lot of runners about but most seem younger (and faster!) than me (I’m 61). None of my family and friends run and probably think I’m a bit crazy for running which just makes even more determined to run just as long as I can. Good luck with the 10k tomorrow, take no notice of those youngsters, just go for it!

Thanks Orangeguy, I am in the minority like you.

Give em a chance. You only went once! They’re probably lovely Let’s face it, us older peeps are always going to be running with younger runners as there are more of them. I have always found them to be just fine. There are probably runners your age and older in the club It’s a club! there’s all sorts 😃

When you do your race there’ll be a real mixed bag of runners It’ll be a blast. If you set out to have fun and enjoy yourself, then chances are you will 😃 Don’t put a dampener on things by letting self doubt get in the way

I’ve never done a race yet where peeps haven’t been lovely The fast cats just disappear, leaving the rest of us clear to enjoy ourselves As folks come alongside they’ll probably chat. A smile from you will help 🙂

I ran my first marathon with some peeps from the 100 marathon club 😳😁. They were lovely, and the most generous bunch I’ve ever met 😃. I didn't let it put me off They were bound to be everything better than me but that’s not why we run is it 🤷‍♀️ Me, on my 60th birthday, first marathon with a bunch of marathon veterans, what could go wrong Nothin! It was bloody brill 😁. I was so pleased I didn’t let my what-ifs get in the way.

Don’t let your fears/concerns/worries hold you back. We only get one crack at life.

Thanks again misswobble. I will go back determined and I will enjoy my run tomorrow, I must be positive in all I do and I will, I will.🌈🌈

Some people, however lovely, are not good for your running life.

I’m 25 years younger than you and slower; not a bit slower, a lot slower.

A dear friend and colleague (10 years younger again) started running again recently, having seen me turn up for work glowing and happy for the last 4 months (2 months of C25K then a happy trot for anything from 30-60minutes after that) . Over coffee the other day, he was bemoaning his rubbish Parkrun time of 21 minutes. Being reassuring, I thought, I told him would (just) lap me twice at Parkrun.

Cue utter disbelief; I must have misunderstood. He was only talking about 5k. Just 5k. No one could run 5k that slowly. Did I mean 5 miles? Maybe my Apple Watch isn’t working?

Brief gremlins after that; this isn’t for me, everyone is laughing at me, real runners most of all. So I did what I always do now when I need to clear my head; I went for a run.

Find a group that makes you want to run with them. Or run on your own. Failing that, come and see how many time you can lap me. I promise I’ll still be smiling at the end.

Thanks Shormila, your male friend is very fast, can Mo Farrar do 5k that fast? will see how I get on this week. Doing this 10k tomorrow and will probably be very slow at an hour and 30. Love running and will continue, despite being slow, love my own company too.

I joined a running club once and left in tears as I experienced the same. It wasn’t for me. However I’m sure others on here will have very different experiences. The key is finding the right group for you....

AgelesslassGraduate10 in reply to ju-ju-

Thanks ju-hi, will give it anotherweek or so and then maybe if no improvement will go back to running on my own

I personally like to run alone. I run slow normally and get ridiculously competitive and half kill myself when I run with others. (Park run for example) I think you’ve joined either the wrong club or your in the wrong part of the club. If people aren’t friendly cut them loose and try another running group. Good luck

Thankyou, will take your advice.

Running alone is fine. I love it Even in winter,when it’s ‘orrible 😃

So do I, it gets into your blood somehow

You’re running 12 miles per hour which is pretty speedy in my book. I can only do approx 10km per hour, and I’m a lot younger than you. So don’t let anyone put you off!

There’s nothing wrong with running alone - I couldn’t contemplate joining a regular club as I like to run to suit myself . However I have run couple of times with our choir’s running club and was surprised how much I enjoyed it. But we only run for fun when we’re away (we ran in Lucerne on Tuesday after a concert there on Monday night - see my post).

Thanks Razouski, I worry too much I think.

Your runs sound wonderful, wow running in Lucerne, sounds so lovely. I do like running alone too and will continue to do that too.

The support I get from the likes of you on this site is invaluable. Whenever I get the jitters or feel lacking in confidence so turn to this site fir guidance.

Running with a running club :-)

with my local running club and it was great! Hard but very very enjoyable :-) We did 10k but not...

I joined a running club 😃

made contact with a local running club and have passed the time test to join. 😃 My induction...

Who's in a running club?

go along to their running club tomorrow night. And now I'm panicking! The members I know are all...

‘not me’!! Anyway ventured out to the local running club and it was their walk and talk week so as a