I am a 78 yr old female. My dr has advised me to start Prolia. I am reluctant to start this treatment due to side effects. My bone density has decreased 4.5% in the last two years. Don’t think I need this. Opinions? 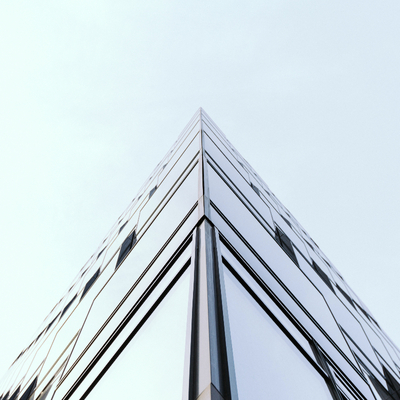 Ladymt
To view profiles and participate in discussions please or .
Read more about...
21 Replies
•

I wouldn't take any of those bone meds...they should all be taken off the market. My doctor put on me hormone replacement therapy (HRT) for my bones.

HAs it worked? Have you had any side effects? How old are you? I've to make a choice soon about which meds to start. I'm 46 but have not had a period for about 18 years - hence why I have osteop now!

sweetsusie in reply to Sheeniejay

Hi, Sheeniejay - I'm assuming it's going to work from what my doctor has said and the articles I have read. I've only been on HRT for 6 months now, but even if it doesn't work, I would never take those bone meds. They can cause spontaneous fractures, including in the jaw. You have to tell your dentist if you're on them, because they need to know and most times, if it's an invasive procedure, they will advise that you should not have it done, or stop your bone meds for awhile (which doesn't work either from what I've read). I'm no doctor, but I know my experience with the bone meds was awful! I took the oral Fosamax and ended up not being able to swallow after only 2 doses...so forget it! I'm 70 years old...I'll just take my chances....

Thanks! I've been weighing up Forsteo injections, Evista and Actonel (already decided against all the other biphosphnates and Prolia. Any side effects from the HRT? We've not discussed that yet but if the bone specialist thinks it could be effective for osteop, and the side effects are manageable, then I'll take that. Evista is like HRT but not a hormone - just acts in the same way - but I need to discuss if I can have it. I think I could handle most of the side effects, worst case scenario. But aged 46, sporty, full/stressful job, active leisure time etc I fear those biphosphonates could ruin all of that.

I did 2 yrs of forteo with no side effects. Bones didn't gain but stayed the same. Had a hairline foot frac before the forteo. Very painful and debilitating. Had been on Evista. My new Dr. says Evista is "useless" and won't prescribe. Now they suggest Prolia but I am refusing. Know person (from online site) who is now bedridden and can't walk due to prolia. Had been active before. I am now taking a RX supplement called Fosteum (not a drug - a medical grade food) which I got from a naturopathic Dr. Hope it works........... and of course trying to eat well etc. good luck! Bisphosphonates/antiresorptives VERY risky I think.

sweetsusie in reply to Sheeniejay

No side effects from the HRT, except I feel 20 years younger now and my skin and attitude are much improved. I know the big, bad study that made many women go off of the HRT (including me!), but now I've read articles that the study was skewed in some ways, so I decided to try it again. I was lucky to find a doctor who would prescribe it at my age..he mentioned the breast cancer/stroke/heart stuff to me, but I have none of that anywhere in my family, and I am just not going to fear those. You're only 46..you should have no trouble getting your doctor to prescribe HRT for you, but that's just my humble opinion. Good luck..keep me posted!

ratoncita in reply to sweetsusie

I'm your age and have decided to go the natural route; plus exercise , healthy diet. ( no soda drinks) .

Ladymt, can you share your DXA scores? Also, have you had any fractures? I would stay away from the bone meds unless you are seriously at risk.

Ladymt in reply to PPower

No fractures. I need to get my DXA scores. I presume that comes from the bone density scan. I did do 3 yrs of recast, finishing 3 yrs ago. No side effects from that.

As someone who has OP, I know many people who are on or have been on Prolia. Here are sine if their comments. "Had first injection June 2017 - no reactions. Had second injection in December 2017 with the addition of Vitamin D-50,000 mg once a week. Within 2 weeks, my voice began getting hoarse. I called the Rheumatologist who told me that was an unusual side affect - stop the Vitamin D for a week. Nothing changed. My voice continued to get hoarse with unusually dry mouth. In February 2018 I was diagnosed with a Paralyzed Vocal Cord. I started researching the side affect of Prolia which stated "dryness or soreness of throat, hoarseness, loss of voice, voice changes, indigestion & heartburn per Drug.com. In addition Prolia was found to increase acid reflux which affects the vocal cord. I am told that my paralysis is "idiopathic" no defined cause. I have chosen not to continue the Prolia. Perhaps all a coincidence? Perhaps not."

"I developed shortness of breath, palpitations and then arrhythmia and pericarditis as a result of one injection. Along with a long list of other side effects. It clearly states Prolia known to cause cardiac side effects from information I obtained from FDA after submitting long, detailed account of my experience with Prolia."

Will you die taking Prolia?

Scientific Proof That Osteoporosis And Obesity Are Not Diseases

sweetsusie in reply to tikigod18

Very good info., tikigold18!! Thank you! With all the info. and all the people on this forum having such horrible side effects with these bone meds., I'm surprised that something isn't being done about this. The people that are making millions from these drugs are saying that we all should have the bones of a 20 year old when we're 70! Huh?? That doesn't even make any sense. I'll just keep my ol' 70-year-old bones and be careful not to fall...

Jayge in reply to sweetsusie

Unfortunately you do not have to fall to break bones. Even A cough can cause a fracture if bones have thinned. I read of someone who posted this elsewhere.

I agree!! Research! Be your own health advocate.

I had such a narrow escape from starting Prolia. I mentioned to the doc I see for OP (who had suggested about a year ago that I start Prolia) about 8 months ago that I did not wish to commence with the injections because of the possible side effect of aching joints etc as I suffer enough with that anyway having osteoarthritis.

He totally agreed with my decision and then dropped the bombshell that he had been to a conference and learned about the possibility of rebound vertebral fractures occurring when stopping Prolia.

I have had four injections and am furious I ever did it. I can't say positively that prolia is to blame . My first injection was without incident. however, after each injection i noticed i was getting a mouth condition and it was getting worse and worse and worse. (a weird salivation problem under my bottom lip for which no doctor out of five could properly diagnose or treat me for). Also sores on the tongue and this last time, some kind of vertigo or feeling often as if i am (for better words) 'TILTED"

I had the kind of bone mass most women in their 60's have, osteopenia . Since I had to be on estrogen blocker and because I had this osteopenia , my oncologist made me do Prolia without even telling me possible less common side effects that are listed online and which I should have investigated for myself. (I later discovered a doctor at the center with my SAME bone mass also had had breast cancer and was NOT doing Prolia) She looked at my chart, surprised and said , 'Oh, you are doing Prolia? I have same bone mass as you and I also had cancer. i am not doing it.' Then she turned around and said i must have "GERD" which i took pills for and they didn't work!

Prolia ought to be out of my system. i was due for fifth injection two weeks ago but i took myself off estrogen blocker and have sought a naturopath for alternatives to it. I am eating super healthy. My 'effects' still persist, though not as horrible as six months ago at time of my injection. I can only pray that I get better and do not end up with fractures several months down the line . I am doing really good stuff to keep bones strong now. hope this helps

sweetsusie in reply to andie55

andie55 in reply to sweetsusie

thanks, I am trying to detox my body. I feel I am making a slight headway but the process is SO slow.

ratoncita in reply to andie55

Good luck!! I hope you can repair.

Seacrab in reply to Daisychain12

Hi, I have taken two shots of Prolia, with no side effects.

I had no knowledge or even given any...

I’m reading. So much controversy with prolia. Nothing good Don’t know what to believe.

been thinking of getting snap on dentures. I am looking for any suggestions or if any one else has...

We are at year six so injection # 12 coming

Would I get dizzy this quickly after one tablet of AA ?