Pronuciation of Behcet's: I spoke to a Turkish... - Behçet's UK

I spoke to a Turkish friend of mine on the weekend and she said it was Ba-Shet (I've heard all sorts of pronunciations - any comments? 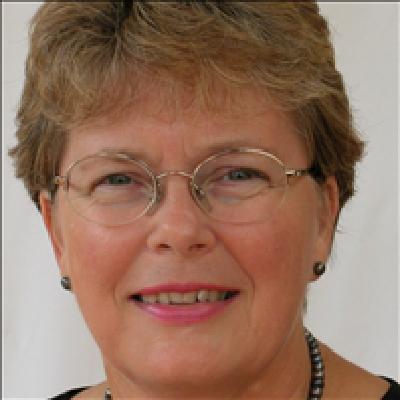 lesleyg
To view profiles and participate in discussions please or .
19 Replies
•

Behcet's (pronounced Betjets) syndrome (sometimes known as Behcet's disease) is a chronic condition caused by disturbances in the body's immune system. It is named after Hulushi Behcet (1889-1948), a Turkish dermatologist and scientist, who first recognised the syndrome in one of his patients in 1924.

That is the correct Turkish pronunciation but the majority of people in UK say Bet Jet it is hard enough having to spell let alone say it.

lesleyg in reply to UKADMIN

I meant to say with the spelling even the doctors occasionally spell it wrong when ordering tests.

andreafm in reply to lesleyg

Yes...I get this with doctors as well.

Sunset in reply to UKADMIN

This is an opportunistic pathogen in humans rarely cause illness. Infection is usually caused by alcoholism, poor nutrition, or in patients with immunodeficiency. Humans eyes, skin, and central nervous system disease genitalia different cruise so that a serious illness in patients. Herbal combinations don't spend money. We hope to be your beautiful days;

True - I have been saying BeShey

andreafm in reply to lesleyg

Yes that's how I pronounce it

Yes I do it automatically now.

at lest I'm not the only one, let a lone spelling it. it's the blank looks I get when I say that I take Thadlidomide for Behcet's!

Yes I usually launch into a 'quick spiel' - unfortunately I've had to come off Thalidomide this week. Not sure what the next drug will be.

When I'm spelling Behcet's for somebody I always tell them that it might look like a typo but it isn't really!

As for the pronunciation: I used to work with a rather arrogant obstetric consultant who never missed an opportunity to put me down - I'm a cockney you see and he was a rather refined Scot (and no doubt he still is).

When I told him I had Behcet's his first responses was to say "well you'll have to give up this job (I was a senior midwife on a labour ward); you just won't be able to do it." Very supportive...

His second response was along the lines that my poor academic status probably meant I hadn't learned French and so didn't know that 'et' was always pronounced 'ay.'

Having put him right about my academic status - far from poor - I took great delight in telling him that my newly diagnosed condition was, in fact, of Turkish origin and French pronunciation was completely irrelevant. He argued and, because I knew I was right, I just let him rumble on. What a buzz though when one of the other consultants told him that "Di is right, I'm surprised you don't know that."

Had to laugh, life does has it's sweet moments.

I have worked for biochemists, psychiatrists and neurosurgeons. Unfortunately I had left work to set up my own business teaching medical terminology and reception via distance. This has worked very well however because of my illness and the economy in Australia being very tight at the moment I'm just surviving.

Yes, Lesley, being in the system does help. Although I think I'd probably had BB (bloody behcets) for 15 years or so before diagnosis. The problem is (with the common or garden type of Behcet's anyway

) individual symptoms are so sort of everyday! Because I was 'in the business' it would never have occurred to me to see the GP for oral ulcers and, when I had breakouts on my skin, one of the docs at work would sort something out for me.

The symptom that eventually led to diagnosis was blood stained urine and dysuria +++. Nothing showed up on the various investigations,although there was some 'white scarring ? ulcers' seen on the wall of my bladder. It was a painful and scary mystery. Then, because I secretly thought I had lupus, I said to my GP one day, "I don't know if it's relevant but when my waterworks are bad I have very painful joints." Bingo!

As luck would have it, the GP had been on a Rheumatology study day and Behcet's had been mentioned, albeit briefly. He couldn't remember the name of the condition, but he had a mini light-bulb moment and the rest, as they say...

Sounds like you were as 'lucky' as I was. I also thought I had lupus and went to the immunology clinic of RPAH. In unison the specialist and his registrar chorused 'no'. Then he went on to say alarm bells were ringing and sent me off to the dermatology department where a visiting doctor from Ireland recognised it straight way.

Yes I also think I probably have had it for years. I'm the only girl in the family with three very sporting brothers and all my life just couldn't be bothered doing anything energetic - looking back now I think it was fatigue and joint pain (and not laziness).

Just a thought came to my mind.- about 15 years ago I went through a period of chronic fatigue (just battled my way through but it was very serious) and that's around the time the first skin lesions appeared (not immediately but in that time period).

Dr. Yazici - IS the foremost Behcet's doctor in the world.! He is from Turkey also. He has a Doctor brother. Their Doctor DAD, lives in Turkey.

He/they pronounces it Ba-Chets. Maybe there are different dialects in Turkey?

I have heard it pronounced many ways. I just call it , "P.I.T.A." , (Pain In the Ass!) I can try to laugh about it and keep my humor, or go CRAZY! I am TERMINAL with Neuro-Behcets. I am doing what I think is a VERY COOL thing. I am doing 'WHOLE BODY DONATION'. Through MEDCURE.ORG

A disease can not be "cured", until they know the cause. (On the Behcets.com on-line site they say, the sweetest word is "HOPE'.)

I say the sweetest word is, "CURE'!

WITH WHOLE BODY DONATION - A CURE CAN BE FOUND! I want my suffering to not go unnoticed. I don't want Behcet's to destroy anymore lives. I want to DO SOMETHING, besides "Walk for a Cure".

All the research money won't help - IF there are NO BODIES TO AUTOPSY!

Dr. Yazici has some things on "you tube", if you would like to HEAR him pronounce it, and learn more about it.

He has been involved in more that 200 studies and research papers! He is at the Behcets diagnosis and treatment center in New York.

Although most people say 'beshays' my understanding is that the correct (Turkish) pronunciation, because of the cedilla under the c - is 'bechets'.

The most frustrating thing is when having relent and go to the ER for things lile stomach perforation, eye ulcers, brain abcess, peeing straight blood, grand mal seizures, ad nauseum.. That the attending physician has never even HEARD of Behcets... Then wants ME to explain 46 years of complications as well as explain the disease. Grrrrr... While I'm in the middle of an emergency. A couple have even challenged me over the existence of behcets... I ate them alive. :

I’ve heard the Turkish pronunciation is Beh-chets. The “hç” (ch) is like the ch in choice. I’ve also read that on a Behçet’s website. I hear buh(or bay)-shets or beh -chets most often. I’m hating spellcheck right now. I tend to pronounce it buh-CHETS and I wish the pronunciation was the only that was complicated about the disease, syndrome, disease. Whatever.

year max) they found that I had the HB11 gene and said I have behcets. I never really get major...

wondering if anyone had any advice/ similar experiences of trying to continue any sort of...

let me (let me know if you want a pdf and we’ll sort it directly). Also this led me to the ‘Behcets...

with the Central Nervous System while not having any clear presentation on brain scans? If so, have...