So basically a few months ago,I slept with an escort...we had PROTECTED sex but I did do oral on her vagina,but at the same time I did have a cut on my lip! And we also did kiss!

Now recently I went for my usual blood test,and the doctor wants me to do more as my previous one came back with “slightly low white blood count” I googled what that means and theirs a list of what that may mean..

* medication for an overactive thyroid

* infections such as HIV or hepatitis 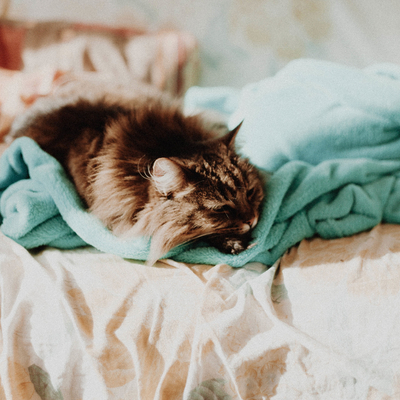 Tmarecha1
To view profiles and participate in discussions please or .
Read more about...
13 Replies
•

I think low blood count could also mean to do with low iron. I had the same where I was asked to redo my blood test 6 weeks later as I had a low blood count. I freaked out assuming something to do with cancer and the nurse said it could be something as little as low iron (anaemia)

Tmarecha1 in reply to Daisy1904

Thank you for the response ❤️

Tmarecha1 in reply to Daisy1904

Yes I am booking this blood test!

this is most likely due to the sample taking a while to reach the lab and causing a low count. Your HIV risk from this event is low /zero . There is more out there than HIV, including syphilis , which can be passed through oral sex, so you should do a full sti screen. And if some of your partners are male or trans , consider getting hepatitis B vaccination.

Tmarecha1 in reply to Galen70

Thank you for the response! And I will do!

Tmarecha1 in reply to Galen70

P.S were you meant to say “than” ? Instead of that lol

I think in future u must remember it not just hiv u can catch.. so wearing a condom is ok for the sexual protection but ur still putting urself at so much risk with any bodily fluids b in in mouth or anywhere... ie hepatits, herpes.syphilis.

U should have a good sexual health check and mayb not put urself at such risk....

also make sure the person ur having sex with if there a professional has had all there sexual health checks... which they should do if they are escorts

4th generation hiv tests are very conclusive after 4 weeks. Its recommended to test after 3 months if PEP or PREP has been used just in case there is delayed seroconversion which is very rare .

There is no role for testing at 6 months in any guideline - unless of course there is a further exposure risk within the timescale. There may be some extremely rare paediatric cases of delayed seroconversion, especially with PEP after delivery, but these are very rare.

There is a course a role of repeat testing for high risk individuals based upon new and ongoing risk.

Galen70 in reply to Galen70

I reference : Individuals whose specimens test negative on the initial HIV screening should be considered noninfected unless the patient presents with symptoms of primary HIV infection or has a history of recent(≤6weeks for fourth generation assays,≤12weeks for other assays)high-riskexposure. (IV,C)In the case of recent exposure,the tests should be repeated at 6weeks to 12 weeks (according to the test to be used)from the time of exposure

because these can be symptoms of HIV does this mean that I have HIV? I have booked an appointment...

we would have unsafe sex but I haven't gotten pregnant . Now we use protection which is better for...

What can you do with a guy with HIV

Oral sex (both giving and receiving, but the guy with HIV will be wearing a...

doesn't know about it. She said that she doesn't like having sex with a condom on. She had been in...

brief relationship is in actual fact bisexual and HIV+ which he didn't tell me. Slept together end...