Fentanyl patch: I saw my regular MD this week and... - AMN EASIER

I saw my regular MD this week and talked about the neuropathy pain being so bad. This was only my second time seeing him. He suggested low dose Fentanyl patches and asked if I’d be interested in trying them. At the time I said yes, but after reading online about them I’m not so sure. Has anyone tried them for Neuropathy? I have an appointment with a new neurologist in September and considering waiting to hear what she has to say. Thanks 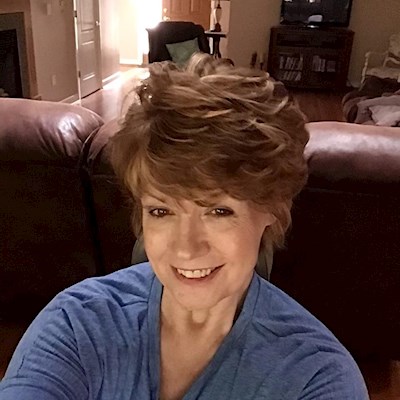 Magnolia209
To view profiles and participate in discussions please or .
Read more about...
6 Replies
•

I've never tried any pain medications. However, Fentanyl definitely scares me. It is highly potent from what I hear. I have nerve pain but MOST of the time, it is manageable. I find exercise helps me the most.

Magnolia209 in reply to Klorda

Hi Magnolia209,I've been on increasing doses of Fentanyl and Oxynorm since I was diagnosed with an infection of the spine back in 2005. It had been underway for about a year so the infection had done a lot of damage. It took a year of antibiotics to get the infection under control.

Its not a good mix with AMN and while one normally has major surgery to stabilise the spine, post infection, my surgery was cancelled six days before surgery, the neurosurgeon and pain specialist felt I'd be left a vegetable or with locked-in syndrome if they went ahead with major reconstructive spinal surgery.

So I've been on slowly increasing doses of fentanyl and oxynorm and I'd say initially it was a great help and I could actually sleep the night through. I never had a 'high' or any weird behaviour. The problem is an increasingly inactive gut which does become a serious problem as I'm now facing. Ideally I'd come off the pain killers but its just not possible.

Its the gut paralysis that is the worry in long term, high dose narcotics, particularly with a malady such as ALD or AMN, but I really wouldn't worry about a low dose Fentanyl. I'd give it a try, it can be a great help for serious pain. I'm always told its people who are not in serious pain who abuse fentanyl or oxycontin. I'd give it all up tomorrow if I could but I need to sleep!

Magnolia209 in reply to Catrick

Catrick, I’m so sorry to hear of all you’re dealing with. I appreciate your comments, thanks for sharing.

HiI understand your fear & reluctance to try Fentanyl patches as the Media have painted Fentanyl in a very dark light. You always hear of people dying from it!

I have been in severe pain & have been prescribed & used: Pregapentine, Oral Morphine & OxyContin. Non of them worked as my pain had got to a 16 out of 10. Also a lot of these painkillers make you feel really stoned, brain goes like pea soup but you’re still in pain!

My doctor cautiously prescribed me the Fentanyl patches starting at the lowest 12mg dose. I was really worried about putting the patch on. To be honest I was scared!

I need not have been, this has been the best pain medication I have taken! The starting dose is not strong & your doctor will only prescribe this medication to you as a last resort. So your body should be already accustomed to opiates. It is a really clean drug. I feel completely normal on it, not stoned and my head is totally clear. The down side is that it may take awhile to reach the right dosage!

I am currently on 100mg and my head is clear enough to right this message to you!

Everyone responds differently to medication. I would recommend that you try it but be sensible with the dosage. I love it as it is the first medication that is actually working.

Magnolia209 in reply to Zebadeebad

Hi Zebadeebad, well, I did try it for three weeks. Started having a bad reaction…chills, sweats, absolutely no appetite, nausea, vomiting. Even after I stopped I had another 10 days of withdrawal symptoms. It just wasn’t for me although it did help with the pain…the negatives were too much for me. I was on 25 mgs. An elderly neighbor of mine was on 12 mg. patch for her back and she had the same reaction.

All, I had an online appointment with my neurologist this week and I mentioned neuropathy pain...

videos last year talking about AMN and how it started to affect me. It definitely has helped me...

I could do was mid September. A bit too late, I was laid low again 1st of September. I've always...

getting significantly worse about six months ago. So far this year, I've tried gabapentin (titrated...

much like my posts, but I'll say this again.

About two weeks ago my spasticity was through the...

Bootcamp for Symptomatic Women with ALD Recordings Are Avail...