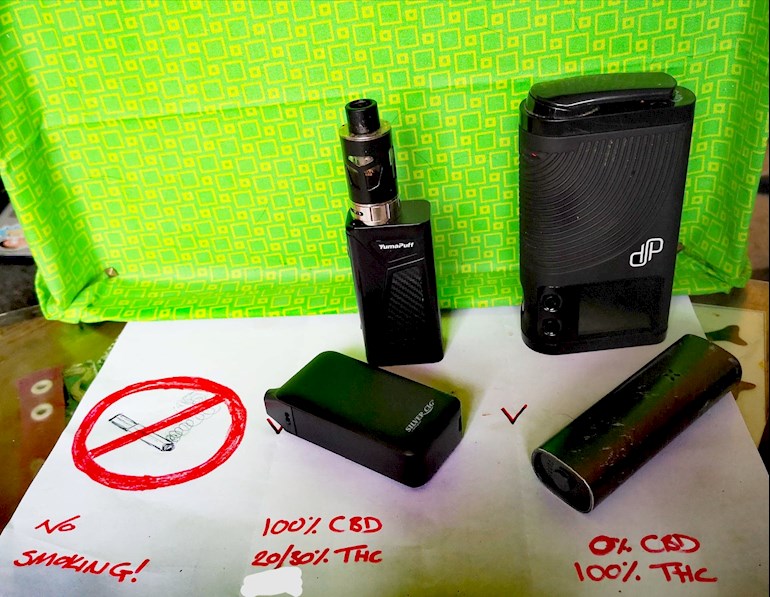 I sent this in a private message to someone, but I think it should go here too.

I have been a true medical cannabis user since 2014, but more like 2010 in reality. I smoked a lot of joints, which was just the norm here, even if I don;t like it. I got vaporisers (I have 5 different ones) over the last couple of years, but still struggling to kick the tobacco (from a pipe nowadays). Nobody is perfect eh? Most recently I made edibles and a homemade e-cig oxidised cannabis glycerine, which you can hit all day and only if you really abuse it you can knock yourself out. I did this one time as a test, I was all sleepy and in bed by 7pm.

I tried gabapentin, sinemet, baclophen and another one, can;t remember, and I suffered all the side-effects without any benefits. And since my last visit to the neurologist, where despite having a tonne of questions, I taught her stuff about AMN. I am done with doctors.

I get by on a mix of my tincture and some regular cannabis, cos in reality my tincture isn't really strong enough (cannabis neither if we are being honest). But this does work for me and definitely better than no weed at all! I use one other med, Toviaz, to control my bladder flow too.

I think cannabis helps physically and psychologically. And if you are interested I can go into more detail. My tincture is 100% CBD and around 20% THC. 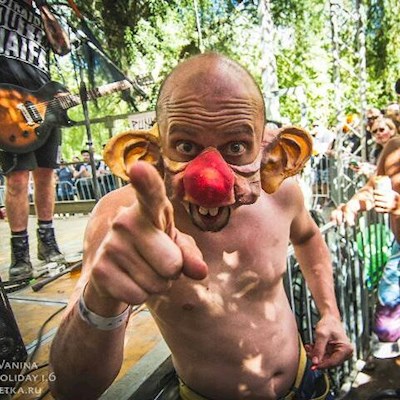 LessThanRich
To view profiles and participate in discussions please or .
Read more about...
18 Replies
•

Controversial? Not to us lot. There can be times when the medicine is worse than the disease. Bit of wacky baccy has been used for millennia.

My grandfather, who obviously had AMN (though likely it was as unknown disease back then), he would smoke 60 Capstan Full Strength per day.

Here is a link if you fancy destroying your health faster than fortnight in Chernobyl.

They are surely the strongest cigarettes ever created by mankind. Self medication, I'm sure. He had to keep going through the week, must have been hard, and I'm positive he got no sympathy in these pre and post-war years when the entire country was on overdrive.

My mother is no different. Heavy smoker. Again, self medication for her AMN.

In the grand scheme, smoking dope has to be better than Valium, Gabapentin, Lyrica. All addictive with shocking withdrawal symptoms, risk of seizures as well. Don't forget the antidepressants some of us are on as well.

Before I was diagnosed, I'd booze. Ahhh, booze. But it took the edge off mentally, and relaxed my spastic muscles. i miss drinking, but better all round if I never touch it ever again. Was Gabapentin that got me off the sauce. Some doctors prescribe it for precisely that, and Baclofen. Some call it a miracle alcoholism cure. To each, his own (her)

Whichever way you slice it, you'll likely have to take something sooner or later (though some of us take nothing at all). i wish I could. I even considered strapping my legs down at night to try and contain the spasms.

Anybody else want to recommend any dope songs?

LessThanRich in reply to monkeybus

I only write like this due to the negativity I have experienced in real life.

I think Baclophen's primary audience is alcoholics, we just jump on the train, because apparently it can help some people with spasticity. Never heard gabapentin for that though!

I have completely quit drinking, albeit very recently. I even had to give up my beer tasting evenings, sad face. Before only getting drunk posed problems, now it seems any consumption of alcohol renders me not very well.

Since having my wheelchair it seemed to have stabilised my condition, but as it turns out I am getting attacked on other fronts instead. Cheers AMN.

KennyInPA in reply to monkeybus

When I drink, I'm happy!

monkeybus in reply to KennyInPA

Cheers, KennyInPA. I've fond memories of getting hammered with all the lads.

I fall over if I drink now anyway. Dangerous hobby for me.

LessThanRich in reply to monkeybus

This is when you need a wheelchair! I need to lie down after a drink now, it renders me totally useless.

monkeybus in reply to LessThanRich

It is the next day that kills me. Hangovers are brutal. My body is already under a lot of stress, don't be needing no hangover thrown into the mix. Out of practice, you see. I consider getting a few bottles of wine in from time to time, but never do.

KennyInPA in reply to monkeybus

I'm good on liquor, wine though, watch out floor here I come haha

If I wasn't participating in the Min-102 clinical trial, I'd definitely would consider cannabis which is legal here in California. (I already have my card which was approved by my neurologist.) Perhaps in the future I will join you in an AMN powwow.

you are a braver man than me, i was offered to go to Paris for drug trials, I asked how much it paid, when they said "nothing" , I told them to go take a running jump. Guinea pig for free? I don't think so.

Min-102 has the potential to treat AMN and ALD along with other orphan CNS diseases. If I can help a child before ALD sets in or a young man before AMN symtoms appear, what a marvelous impact I helped make! The drug used in this study is already used for diabetes so it lessens the guinea pig abstract and we have extensive (and I mean extensive!) monitoring. Let's face it, we have an orphan disease. How much have we discussed the lack of research in AMN alone? I am so grateful. As for expenses, they are covered: Out of state (U.S.) and out of country (E.U.).

I want expenses AND payment please. These people make horrible amounts of money selling drugs. They can pay their guinea pigs too.

You do get travel and meal expenses paid while on the trial. I arrange other appointments at the site while the trial is paying for me to be there. In a weird way I look at that as payment as it is saving me costs otherwise to be there. I'm also starting to feel slightly better on the trial drugs, that alone you can't put a price tag on.

if the drug works that great! not a risk i am willing to take. i am unlikely to give up cannabis for anyone either.

Do what is working for you, all we can do! Cheers!

homeworking in reply to LessThanRich

This isn't strictly relevant now because the trial is closed as you know, but for reference you can actually be a regular user of cannabis and be a participant (I believe this was changed part way through the recruitment process).

I was given a new contract to sign when the protocol changed to include echocardiograms, and this is referenced in there. You just had to have had consistent use for 6 months prior to the trial.

SongStream in reply to homeworking

Yes, now I remember. One must had been a user prior to the study for 6 mos. I've missed my mark! I wonder what the monthly expense for cannabis is for medical use. Here in California, some cannibis clubs charge sales tax while some exclude them.

You also had to be a legal user. I don’t have a card so they didn’t approve me doing the trial.

Maybe not as controversial as you might think. I saw an article yesterday about a person who is studying the affects of cannibas from teens through mature adults. The stuff negatively affects developing brains, but mature users actually exhibited improvement in executive brain function. More to come I am sure...

To let you know, I get by by using a homemade OXIDISED cannabis e-cig liquid (not cannabis,...

Could this be AMN? Elevated VLCFA and white matter changes with adrenal insufficiency

Hello All. I stumble by accident upon AMN. I tested positive for elevated VLCFA a few years ago...

anything else but AMN (this pain seems common in multiple sclerosis).

What do you think? Are there...

mentally, how can I raise his spirit?

I would appreciate any comment here, how do you deal with that

Has anyone tried Lions Mane?