2 weeks after 1st Cryoablation: Hi all, I had... - AF Association

Hi all, I had my first ablation 7th September, it's now 2 weeks so I thought id post an update for those interested in this procedure. Groin entry site is completely healed, I have extensive bruising which is slowly starting to fade.

My heart has not been as I would like but I know this is early days. My resting pulse was 55 ish prior to the procedure, it went up to 85 and now sits around 68-70. I am still getting many palpatations and some runs of AF, the palpatations are always triggered by not being sat still i.e any walking or slow accent on my stairs is mostly accompanied by flip flopping of my heart. Even though I know its early days I do find it quite demoralizing but I keep telling myself this will improve.

My main concern is my heart has had a problem with all activity since a stress test on 2nd August this year, add the ablation in the mix and I suppose it's been through a right kicking. I'm off work for 6 weeks minimum (HGV driver) I'm resting, eating healthy and BMI of 22.5, doing all I can. Fingers crossed I will be able to make a more positive report in the weeks to come. Have a good weekend all... Dave. 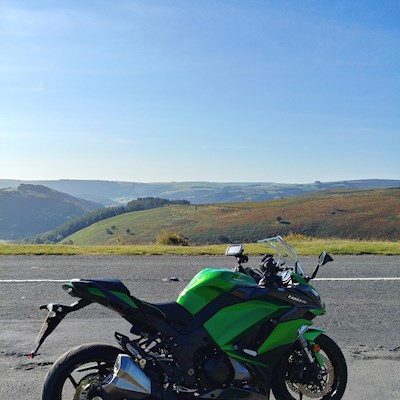 djbgatekeeper
To view profiles and participate in discussions please or .
Read more about...
36 Replies
•

Great news Dave especially the BMI! Take it easy. it's a long journey.

djbgatekeeper in reply to BobD

Welcome to the club.....all going in the right direction but probably a bit too slow for a HGV driver, but you will get there!

djbgatekeeper in reply to FlapJack

Thanks Flapjack, yes I just need to see a couple of good days to spot that light at the end of the tunnel. I keep reminding myself it had to get worse to make it better. You have a good weekend 👌

You sound positive and that is half the battle. You will be fine. Slow and steady. Please keep us posted.

I am going pretty good. Two week monitor showed some svt’s and possible afib. Just had my 6 month anniversary for ablation and cardioversion. He told me stay on meds. Going to seek a second opinion. No ones took me ablation worked!!! Doctors.

What meds are you on

With good wishes to you, still early days so fingers crossed 😀

Two months post-ablation for me. Hair now grown back in the groin where it was ripped off with the plaster (Note to self: shave yourself before going next time!). Just a slight red mark where the catheter was inserted.

Early days had mine done in May, my resting rate is now 75 and general rate between 80-90 whereas resting before was 55-65

Give it time i woud say anything up to 9 months,be patient.

There is a lot of stuff posted about high hr following ablation if you search.

I dont know what type of ablation you have had or how relevant this may be to you but I also show below two studies which actually confirm that a raised heart rate following rf af ablation can be an indicator of longer term success.

So it is far too early for you to worry too much about it!

Dr John Mandrola always seems to talk sense so I include something from him also.

I had a cryoablation not RF.

The last study on the list is RF but it is on Pv isolation. I dont know whether the method of causing the scars would change this result?

I'm not sure either but good reading thank you.

Many thanks I will have a read later 👍

DJ, I'm 9 months past my ablation, and after some slow starts in the first few months in which I'd felt worse than before, and after 2 cardioversions to snap me back, I only had one "blanking period AF episode" in May and have been feeling great ever since. In a few weeks, if you're still out of sync, they most likely will want to CV you and it will all fall into place. Good luck!

Thanks for your support, I know it's a waiting game of months not weeks but it's hard when you are just looking for a light at the end of the tunnel. Two weeks is very early days I know, so I will have to buckle up and keep doing everything right until I get there... Wherever 'there' may be lol... Thanks again and I'm glad to hear you are on the ride site of things 👍

Hi there, I had the ablation because my AF was becoming more frequent and completely spoiling my quality of life. In 2017 I would get AF about every other month but by March 2018 it was weekly and a total pain having time off work and never knowing when it would strike. My pulse remained low because I'm on beta blockers but the irregular rhythm was constantly breaking through the meds. The meds did work for 5 years but I realised that I needed to get something more done to tame the AF hopefully. Regards Dave.

No my AF has always been rate controlled by bisoprolol which is why 55bpm was the norm, I went up to 10mg per day just before the ablation from the initial dose 5 years ago of 2.5. It was the constant episodes of irregularity and thumps, bumps and palpatations that made me go for the ablation. Things were getting much worse/frequent so I had to make a move and my EP recommended having the Cryoablation.

Runs of irregular rythym for up to 8 hours mainly triggered by activity but sometimes at night also meaning no sleep ect.

It was an issue for me which is why I took the EPs advise.

How are you doing now? Can you offer an update some 10 weeks post?

Hiya.. If you click on my profile I've posted several updates ... In short I'm doing ok but still having some daily palpatations.. Not as bad as before the procedure but this week has been the worst for a few weeks... Fingers crossed i get some more improvemts as I'm still hopeful although no AF has been a blessing... How are you?

Thank you for asking! I have had a few short episodes I think may have been AF and one last night for about 10 seconds so maybe a flutter or missed beat; who knows? All I know is I am pretty obsessed with every little something that I feel and it is getting exhausting. I did have a full week with nothing which was great. Seems my resting pulse is lower or the same rather than higher - wonder if that is a bad sign as I read somewhere that it was indicative of recurrence or failure. 2 more weeks with 50mg of flec 2x a day then the truth may be revealed. I remain optimistic, cautiously. I take no other meds other than the Xarelto for the next month and am of a good weight and 63, have not even had a sip of a drink in 10 weeks and don't even miss it! I appreciate your sharing.

Been about 3 weeks for me and I have all the same issues. Hoping Doc will take me off some of this medicine in near future.

I am coming off my meds gradually as I have been on them for 5 years, nearly there now. Its just over 4 months for me now and I'm having many more good days than before my procedure, no AF at all thankfully just some palpatations occasionally.. Take care and keep well.

Week 4 has been a good one thankfully, only a few ectopics/palpatations to report. I had the...

Hi all, just a quick update: This week has been a better week thankfully, my symptoms have settled...

the ablation and was so nervous that I went into natural AF the morning of the procedure. It all...

One week after Cryoablation

Is it normal to still feel unwell a week after your ablation? I feel sick and generally under the...

2 months after my first Cryoablation.

Cryoablation on 7th September 2018 and since about the third week after the procedure my symptoms...