Recent Auxmin and PSMA scans show that my husband has BCR oligometastesis (MRI shows nothing). It seems there are two different treatment options/opinions:

1. Lupron OR Eligard OR Firmagon OR Orgovyx for a few months and then radiation, then continue hormone therapy for 1-1.5 years

2. Lupron OR Eligard + Zytiga for a few months and then radiation, then continue hormone therapy

There seems to be indication that Zytiga causes early hormone resistance. We are a bit concerned.

What's your experience/thoughts on what hormone therapy to take? If it's a combination of Lupron + Zytiga, do you take them simultaneously or do you take Lupron for 1 or 2 months or 3 months and then add Zytiga? What dosage each? 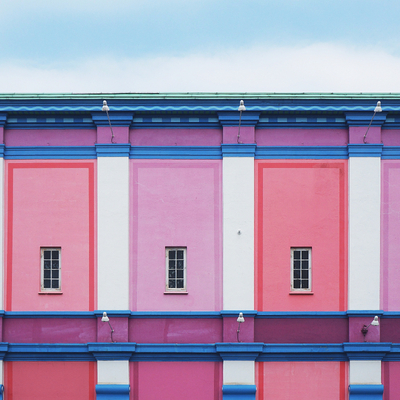 TCMG
To view profiles and participate in discussions please or .
Read more about...
15 Replies
•

Hi TCMG and spouse. Where exactly were the oligometastasis sites and how many? If they are lymph node only and located within the pelvis and none beyond, the he should definitely seek attempted curative therapy with IMRT radiation treatments (NOT protons beam) to the entire extended pelvic lymph node fields. With boost dosage targeting the identified nodes. This would be accompanied by ADT for a short term, probably 18-24 months. His choice for ADT should be Firmagon (Degarelix) or oral Orgivox, as these have less cardiovascular risk than the others.

Zytiga + p is a fine AAR drug to add if it is felt needed. It would be my first choice over Xtandi etc. but it may not be necessary for the adjuvant ADT to the pelvic RT described above. However, if there is metastasis beyond the pelvis then adding an AAR drug is important. On that case whether to target the oligomets with SBRT will need to be carefully considered with a good radiation oncologist. My own bias is to go after them if it can be done with reasonable safety.

TCMG in reply to MateoBeach

Thanks for your reply. There are 5 areas of disease that show up in PSMA scan. See detailed findings below. One uptake in prostate, two lymph nodes in pelvic and one cluster slightly above pelvis I think (but RO seems to regard it as if it's in pelvis and is able to target it), one in 6th rib (One RO think it's mets but another RO is not sure).

Focal uptake in the posterior prostate gland at the apex with max SUV 6.3 (axial 312).

Physiologic uptake in the salivary and lacrimal glands.

There are no suspicious pulmonary nodules.

No foci of abnormal uptake or pathologically enlarged mediastinal, hilar, or axillary lymphadenopathy.

Physiologic uptake in the liver, spleen, and bowel.

Physiologic radiotracer clearance is seen in the urinary system, with moderate amount of radiotracer in the bladder.

The abdominal aorta is normal in caliber.

1. PSMA positive disease in the prostate gland consistent with local recurrence, and within bilateral iliac, and a small distal retroperitoneal lymph nodes, consistent with nodal metastases.

2. Mild focal uptake in a right sixth rib sclerotic lesion is indeterminate, may reflect a benign fibro-osseous lesion however metastasis is difficult to exclude. Prior imaging if available may be helpful for comparison to ensure stability; if no priors are available, consider follow-up.

MateoBeach in reply to TCMG

Thanks for the detail on the report. It seems we are in alignment in suggesting not to think it futile to treat all the LN Mets, whole pelvis extended and prostate. Not diverted because of the equivocal rib finding. Certainly short term ADT will be of value to support the efficacy. And often it has been started a couple of months before the RT. But a recent trial suggests that starting it at the same time as the RT )with Lupron or similar) and NOT adding bicalutamide may provide a therapeutic extra benefit by stimulating the cancer with the androgen flare right as RT is started.

I’m traveling now but will try to find the link for you to discuss with your team.

You may be right, but my urologist on the front end said Firmagan had more SEs than Lupron. He proposed starting on Firmagan and switching to Lupron after a month or so. I ultimately saw an MO and started on bicalutamide, then added Lupron three weeks later, then dropped bicalutamide three weeks after that.

I assume the metastases are all in the pelvic lymph nodes? If so, he may want to join this clinical trial:

"There seems to be indication that Zytiga causes early hormone resistance. We are a bit concerned."

That is not the case - the opposite is true. Zytiga extends the time until hormone resistance occurs.

" If it's a combination of Lupron + Zytiga, do you take them simultaneously or do you take Lupron for 1 or 2 months or 3 months and then add Zytiga? What dosage each?"

You have to take them both together. Lupron is usually a 3,4 or 6-month shot. Abiraterone is taken as 1000 mg on an empty stomach. Also, he has to be take5 mg prednisone (with food).

TCMG in reply to Tall_Allen

Thanks for your reply. There are 5 areas of disease that show up in PSMA scan. For detailed findings, please see my reply to MateoBeach above. One uptake in prostate, two lymph nodes in pelvic and one cluster slightly above pelvis (but RO seems to regard it as if it's in pelvis and is able to target it), one in 6th rib (One RO think it's mets but another RO is not sure).

You mentioned "Zytiga extends the time until hormone resistance occurs". Can you forward a link of the study on this?

Tall_Allen in reply to TCMG

There have been a couple of definitive trials of early use of Zytiga. Both show the same thing - it delays progression (and death!).

Another trial in patients like him with only pelvic LN metastases proved the same thing:

For now, I think it's useful to consider the low rib uptake to be a false positive. It seems to be common in solitary rib spots. The uptake in the prostate apex may be from urinary excretion, but why not treat it?

I hope you consider that clinical trial. It seems tailor-made for his situation.

Hormone therapy usually starts a couple of months before radiation. It halts all progression, so it will give you time to investigate.

What has been advised re local prostate recurrence? He has already had prostate radiation.....local treatment with brachytherapy, or something else??? Another prostate biopsy to try to confirm that uptake is not false positive?

TCMG in reply to tango65

Thanks for your reply and the link. There are 5 areas of disease that show up in PSMA scan. For detailed findings, please see my reply to MateoBeach above. One uptake in prostate, two lymph nodes in pelvic and one cluster slightly above pelvis (but RO seems to regard it as if it's in pelvis and is able to target it), one in 6th rib (One RO think it's mets but another RO is not sure).

What's your husband's age? Where is he located? City/State.

Lupron and Zytiga combined well for me. You want to optimally assist the radiation, and this will do it. Great recent studies as you can see.

He needs plenty of cardiovascular and weight bearing exercise if he’s not getting it already. Dramatically improves every aspect of treatment efficacy and quality of life.

Bills met was found in 2015 when PSA didn’t go below 3 after surgery by c11 choline pet scan at Mayo Rochester. Was found in pelvic lymphs at surg that hadn’t showed up on pre surgical MRI. Pet scan found in lymph around ? T3. Started with chemo, then 6 mo of zytiga, Lupron, prednisone, then 37 radiation and the same meds, then the same meds for a year. He was taking 1000 mg and 10 mg prednisone. He was non detectable and no evidence of disease 6 years no cancer meds or treatment the last 5 years. His standard PSA has remained < 0.1.

Immediate vs Deferred Treatment of BCR after primary and adjuvant therapies. ADT, now or later?

with 18 months of ADT + Zytiga. Will learn results from from genomic testing and a PSMA PET MRI...

surgery with PSA 4.0, so I then underwent EBRT and ADT with Zytiga for 18 months that drove PSA to...

Duration of ADT+Zytiga? Thoughts on when to stop or get another opinion?