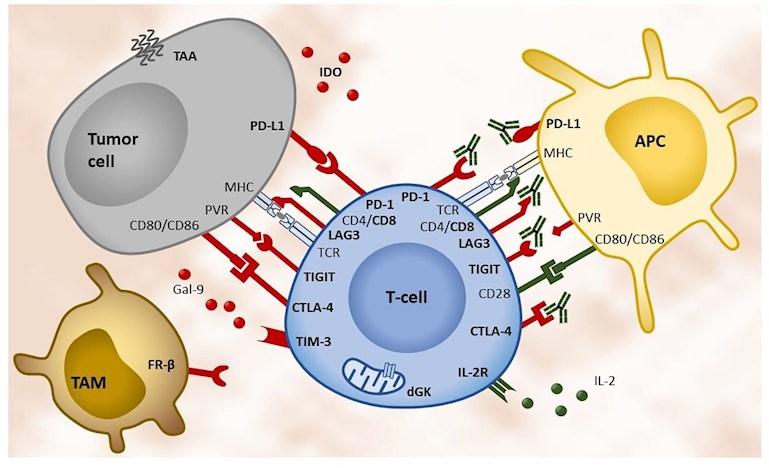 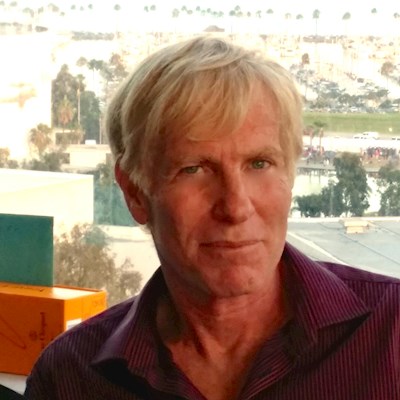 Tall_Allen
To view profiles and participate in discussions please or .
Read more about...
37 Replies
•

Thanks TA, can you post the whole article? I have a friend with stage 4 lung cancer. Immunotherapy almost killed her!

Tall_Allen in reply to Happle58

The article was only about exploring opportunities for new PET indicators, so I don't think it would be helpful for your friend.

Happle58 in reply to Tall_Allen

Thanks, I was just curious.

Thanks TA. Graphs tell the whole story at 10,000 ft which is a great way to understand the pathways.

I am hoping to get on either keytruda or the new Jemperli as i have MMR deficiency in somatic MAH6-loss but i am not sure i can get it unless i failed chemo.Presently on lupron (less than a month), and darolutamide next week as it has been approved for me.

Are you castration sensitive?

From what I’m reading im thinking the only way to stop this disease is to stop the transcription with the N-Terminus Domain inhibitors like EPI-7386.

I doubt it, but there is always hope.

Got to have hope for sure

As someone who failed the BiTE immunotherapy protocol I appreciate your post!

From my limited investigation and some limited experience with immune response treatment:

(1) even the experts pretty much don't truly understand how the immune system works. Every few year years their understanding evolves, but they still don't get it.

(2) I queried my daughter who does research in the area, she likened it to a bunch of blind people each exploring a different part of the elephant. No one sees the full picture. And they have conflicting views of what they are seeing. And all the research funding is funding narrower and narrower research as opposed to big picture investigation.

(3) I don't know if they are even finished discovering all the different types of leukocytes and t-cells, let alone their complete functions.

(4) My experience with Leukine treatment, was that sometimes it works and sometimes it doesn't and they don't know why. It took a while, but I had to self-diagnose the side effects. It would at random attack unintended parts of my body. It wasn't so bad, but it was unpredictable and idiosyncratic. It could easily attack something really important and you wouldn't know it until it was too late.

(5) Our immune systems are the result of hundreds of million years of ad hoc patches arising from a continuing and protracted battle with opportunistic viral and bacterial agents. It is the antithesis of elegant design.

Very much agree! Not intelligent design, nor survival of the fittest! I look at some of the elements and wonder how it could ever have conferred a survival advantage. There are many holes in Darwin's theories - it seems that there have been a great deal of random events that just got passed along, just because, with no rhyme or reason.

Darwins theory may certainly be in question for humans but we aren’t the dominant species. Drawin was partly right the strongest survive but he should have meant it for the bacteria and viruses which have survived for billions of years. We are just puppets for the master race.

💯 yes- 10 times as many bacteria cells vs human cells in our bodies. Humans are a survival mechanism for bacteria.

Why do you think Provenge has some success against PC??

The lower your PSA the longer the survival according to this paper. Still the most you get is 13 months longer life. I don’t call that success.

From what I’ve been reading is patients with either DNA Damage Repair gene mutations and or somatic Mismatch Repair MMR mutations benefit greatly on immunotherapy.

Plus combinations with other drugs like a CTLA4 inhibitor appears to help.

The sooner you can get immunotherapy the better.

In a retrospective analysis from the IMPACT study, men with a baseline PSA that was less than or equal to 22.1 ng/ml had a median overall survival of 41.3 months, compared to 28.3 months with the placebo. That is a 13-month difference, showing the Provenge treatment to be most effective for this group of patients. Patients with a PSA level of greater than 134.1 had a median survival rate of 18.4 months, compared to 15.6 for the placebo. That shows only a 2.8-month difference for this group with a higher PSA.PSA (ng/ml) by average months of extended survival:

anonymoose2 in reply to KocoPr

In the brochure I read an average of 4.3 months.Told the doctor for that amount of time I will take single malt scotch for therapy. 🙂

Tall_Allen in reply to anonymoose2

There is no reason you can't have both. Both enhance one's quality of life.

I was aware of the breakdown based upon starting PSA. That is why I chose to pay out of pocket for Provenge while still hormone sensitive and a PSA of 5 after my first “vacation” (My 5 PSA is relatively lower than most since I have 60% of a healthy prostate- I had focal chryo 7 years ago). This begs a few questions. First, why isn’t Provenge approved for hormone sensitive patients? I don’t believe they ever even did a trial on such patients. Second, the first article keeps referencing “average survival time”. I am pretty sure they mean “median survival time”, right? That’s a big difference and could mean a huge success for some since it means some portion of these men may have been super responders that lived much longer than the 13 months. Are those stats available ? Thirdly, my original question stands. Why do we think Provenge works somewhat well when these other immunotherapies are fairing so poorly?

Unfortunately, in that population (BCR after prostatectomy) they would have to run the trial for 15 years to see a survival effect. I think Dendreon stopped supporting that trial because of financial difficulties. They are supporting a trial among newly diagnosed mHSPC, which should have results next year:

(3) Here's a discussion of the mechanisms by which Provenge works:

I am very interested in APCEDEN, which has been used in India. Like Provenge, it activates autologous dendritic cells, but it incubates them with tumor tissue to enhance the immune response.

What you "call success" is very different from what the FDA and everyone else in the prostate cancer research community calls "success." Most successful treatments for mCRPC extend life for 3-5 months. This includes docetaxel, cabazitaxel, Pluvicto, Xofigo, Zytiga, Xtandi, and Lynparza. They also relieve pain or extend time until opiates are required.

Because it has been proven to reduce the risk of death by 22% in 3 large randomized clinical trials, and other studies:

Its success is about as great as any other therapy (e.g., docetaxel, Xtandi, Zytiga, Xofigo, Pluvicto, etc.). I believe its best use is in combination with other therapies that increase antigen presentation, and where the benefit of immune stimulation counters the immune depletion of other therapies.

Agreed. Which is why I did it in conjunction with SBRT to my met. Interestingly I also learned that they found men who started ADT shortly after Provenge, had almost double the killer t-cells than those that did not or steered ADT before. No idea why or if that resulted in longer survival but interesting.

Ahhhh. That’s why it has a synergetic affect too. Thx TA

CAR-T infusion next week so I hope I can be an exception.

NickJoy in reply to andrew61

KocoPr in reply to andrew61

Best of luck with your CAR-T treatment

I've heard that immunology is the biomed field with about the shortest half-life of knowledge. Given my biomed formal education is approaching 50 years past, a few years ago hoping to upgrade my knowledge, I bought this book, "Immunology Made Ridiculously Simple". It certainly did NOT--I suspect there's no way to make it remotely simple. (The book was also terribly written, which didn't help).

And we wonder why a “ cure” for cancer hasn’t been found!

In my humble opinion it’s going to take a think outside the box like Elon Musk person to cure cancer. We are just not seeing the whole picture. It’s there but just not on the level of most scientific study at this time. Thanks for posting TA.Always a pleasure when you post information and thought. 👍

It is an amazing piece of knowledge, Thanks.

Tall one, Awesome info that I will share with son in laws mom, with stage3 lung cancer. Fascinating, thanks again, Wings

I wonder if body builders using creatine get less cancer

antitumor T cell immunity have just begun to be unveiled. When studying nutrient usage of...

How Many Ductal Prostate Cancer Fighters are Here?