I just got my latest PSA test and it was not good news. I finished my last chemo treatment in May and my PSA has been down at .2 or .3 since then.

My latest PSA unfortunately was 1.2.

I'm not met with my oncologist yet but I'm going to do that next week. Z did not work for me prior to my chemo so I wonder what would be the next step in the battle. Which drugs or addition to drugs do I take?

As always, thank you for your help and support. 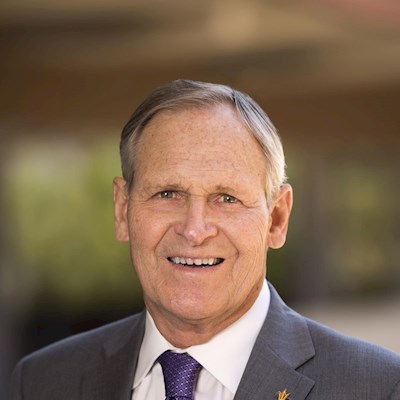 tceinvestments
To view profiles and participate in discussions please or .
Read more about...
34 Replies
•

I started with chemo and ADT (Zoladex) which has continued. I haven't tried abiraterone yet. After 2.5 years, my PSA started rising. When it hit 1.0 my oncologist added bicalutamide. It worked really well for me. It knocked my PSA back down to 0.1 where it has stayed for the last 10 months now.

Hopefully your oncologist will find something that will knock yours back too. Good luck.

Chubby42 in reply to MarkBC

Hi Mark is it 50mg tablets of the bicalutamide you are on, just once per day.?

MarkBC in reply to Chubby42

Thanks Mark:I am a big believer in Bicalutamide. I used it as my only med from 2012 to 2018 and it kept my PSA in check. When we moved here to Arizona in 2016, my new oncologist at Mayo Phoenix really down played its effectiveness. Several of our warrior brothers here have used BIC along with the lupron too. I think I will add it for several months. How fast did it know down your PSA?

SO appreciate your input.

My PSA results when I added bicalutamide:

It has basically stayed there since then. Last week it was 0.12.

It seems that bicalutamide is out of favour now and the science seems to indicate that other treatments are more effective. I think we have to accept that everybody's cancer is different. We each need to find an oncologist whom we trust and follow their instincts. In my case, my cancer appears to be very responsive to treatments so far. I'm lucky that way. My latest scans done in May showed that the bone tumours had shrunk so much that they were no longer visible.

I trust my oncologist completely. We've had good discussions about the information and studies I learn about here. She still thinks that we should hold back on the "bigger drugs" until later. What we are doing now is working. I am 3.5 years into this journey and doing well. It sounds like you've done well in your journey so far too. That's good to hear.

Thanks so much Mark.I am going to try it.

You might try Xtandi - sometimes it works after chemo.

You can try for one of the radiopharmaceutical trials in the US:

Chubby42 in reply to Tall_Allen

HibTall_AllenI'm not sure what you mean by sometimes it works after chemo, does that mean it's less effective if you have already had chemo?.

Tall_Allen in reply to Chubby42

The opposite. Xtandi usually doesn't work long after Zytiga failure, but may work longer after chemo.

Chubby42 in reply to Tall_Allen

Phew thanks for clarification on that. 😊👍

I’m hoping that will be my plan following My chemo treatments. I have finished four and PSA is gone from 30 down to 17. Am anxious for the final two and just see where PSA is following the full 6 treatments.

I would get a PSMA PET/CT then consider thinking outside the USA for Lutetium if you tumor is PSMA avid. Oncologists in this country seem reluctant to bring up things that have been available overseas for some time. Going to Germany for me to get Lutetium was easier than getting a standard bone scan scheduled here. During my trial by prostate cancer over the past 3+ years I have formed a friendship with a widely respected urologist and prostate cancer researcher who I previously just knew in passing from the operating room where over the years I had helped him a couple times with microvascular reconstructions. He encouraged me to go to Germany and said "we are 20 years behind Germany and 10 behind Australia and I don't see how we will catchup in this regulatory environment. Even when we get Lutetium it will be basic lutetium not all the other isotopes available overseas and it will take us 10 years to learn how to use it fully".Alternatively, I would make an appointment with Luke Nordquist in Omaha he is currently participating in over 55 trials and is a wealth of information.

tango65 in reply to slpdvmmd

I totally agree. I went in 2016 to the Technical University in Munich. I arranged everything directly with the Drs and the business office. Fast and efficient. The equipment was years ahead of the PET/CT and SPECT machines I have seen in the USA. One treatment of Lu 177 PSMA made all the multiple lymph nodes mets PSMA negative.

Medicare is covering the Ga 68 PSMA PET/CT at UCLA and UCSF. Most probable they are covering or they will cover the Pylarify PET/CT soon , but still they want to keep following the cancer with CT and bone scans..., yeah the USA is 20 year behind Germany in PC follow up and treatment.

Thank you so much for your input. Outside US travel for me is very difficult. I am being seen at Mayo Phoenix. I would go to Omaha to see Luke Nordquist.Does he have access to more "new" medicines????

When I saw Dr. Nordquist in early July he had 55 active clinical trials and I believe he is also the first site to be trialing Cu64/Cu67 in this country. biospace.com/article/releas...

tceinvestments in reply to Chugach

My Mayo Phoenix oncologist won't do that unless the mets are causing pain. He says it weakens the bones. My hip mets are very obvious on the scans...

Chugach in reply to tceinvestments

Targeted radiation is considered palliative and only approved for addressing pain. I must be particularly sensitive to pain as I had most of my mets zapped. I have had a broken rib from probably the most significant bone met and radiation.

If you haven't had it done yet, get genetic testing. It can identify viable and effective treatment options.

I have a very similar situation to you. Had my chemo done in 2019 Nov.... The PSA was down to 0.16 and started to rise in the next few months....Throughout 2020, I was on Zytiga and then Xtandi...PSA was maintained around 0.8 to 1.2 . Then in early 2021, the PSA started to creep up close to 4. That is when the oncologist suggested that I start with LU -177. Just had my third infusion in Sept. After my second infusion, PSA came down to 0.8. Going for my blood test next week. Will share the results. Hope this is helpful. "Do have a positive expectation of good"...That will be half the battle won. God be with you.

Thank you so much for your input. It is very discouraging after going through the 5 months of hell during chemo.God Bless You - can't wait for your results.

This a battle that all of our intent to win…” when God is for us ,nothing can be against us “

God does protect us in this battle. Is it hard to qualify for LuLu - 177. How do they do the infusion? What is the spacing of the infusions???? Are the side effects as bad as chemo?Thanks,

I am doing my LU 177 in Singapore. The infusion is similar to chemo. The side effects are definitely a lot less challenging than chemo. The LU 177 infusion is usually done at 6 to 8 weeks intervals. Hope this helps.

Love SingaporeSpent 8 years working there in the 90s.

Hi TC, definitely do the genetic testing as someone above has already mentioned. My brother found he was a candidate for Keytruda. It’s definitely worth knowing and can help determine treatment. Best of luck to you

I knew he would be!!!pls send him my best wishes...my husband over 2yrs now Keytruda doing great too

tceinvestments in reply to Faith1111

Thanks Faith:I received the genetic test.

No markers or me.

Sure appreciate your input.

Bob was tested about a year apart. The first time nothing at all really but boy the second time it blew up and he has a high mutational burden and had developed several mutations. So don’t give up after one test you may want to retest again at some point

Hi I started on bicalutamide then transferred to Zoladex together with Xtandi and my PSA is 0.07 from 41 - hope this helps I have been told by the surgeon it could only lasy 2 1/2 years but we will see kindest Raoul

advice needed for treatment after chemo with rising PSA

9 months after Chemo PSA on the rise.

me on chemo and my PSA number slowly increased. I am enjoying a break except for Lupron until May 6...