DX in 2017, G 5+4, had RP, did 37 Radiation, had BCR in 2019, been on Lupron since then. PSA is undetectable. Last Tuesday I woke to find my left leg swollen about a 1/4 larger than my right leg. Went to urgent care, Urinalyses normal, Kidney/Liver function normal . Had a pelvic/abdominal CT scan on Wednesday, came back saying left pelvis lymph nodes swollen/enlarged and a "mass" partially blocking my left ureter. No issues urinating at all.

Oh, and I had the genetic test thing done last month which showed I am CDK12 positive and my MO didn't even tell me !!!!

Anyone possibly seen this before and can help me understand what's going on here? Thanks 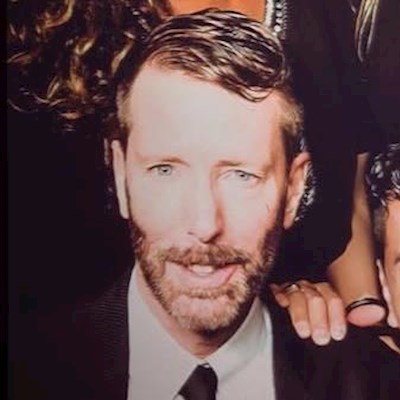 5_plus_4
To view profiles and participate in discussions please or .
Read more about...
6 Replies
•

A good radiologist can make a good guess based on its appearance. But the best way is to have it removed laparoscopically (removing the ureteral blockage) and examined by a pathologist.

There is not much that can be done for CDK12 (PARP inhibitors and immune checkpoint inhibitors have minimal activity), although there are a few clinical trials using Abemaciclib, Palbociclib, and Ribociclib. The pathologist can check if it exhibits PD-L1.

5_plus_4 in reply to Tall_Allen

Thank you TA, you and some others are why I asked the question. I’m not getting much from my MO, his boss in my URO, maybe time to change

Lymphedema of an arm is very common among women who have had lots of lymph nodes removed or radiated in their arm pits during breast cancer surgery or treatments.

Leg swellings in men can be the counterparts with groin area procedures.

There are also people who specialize in doing pbysical therapy/massage for lymphedema, and various type of sleeves/garments/wraps. I've met some women in cancer support groups who have been sporting daily arm sleeves for years after earlier surgeries. They also learn how to do their wraps, and watch out for other things to avoid. Hopefully, it either resolves or gets to be just a part of one's background daily routine, so long as complications can be avoided. Good Luck!

Are you and your MO certain that your leg swelling is related to your CT scan findings? What part(s) of your leg is swelling...thigh, calf, ankle? Many of us have posted about leg edema with uncertain cause.

Lymphedema as we usually think about it after treatment would usually be seen without an obvious mass. Your urologist should be able to pass a stent from the bladder to the kidney to open the blockage and radiologists can biopsy the mass under CT guidance. That would be the safest way to relieve the obstruction and get a diagnosis. TA recommendation may be the subsequent step but they should find out what is going on.

Might have something to do with calcium deposits on heart valve(s) leading to congestive heart failure.

In need of advise for my father

(2017). He immediately had bi-lateral orchiectomy, and thereafter when the PSA began to rise, he...

What Would You Advise Please?

results of the PSMA scan. Wow. We are devastated. Just had a bone scan at a nationally recognized...