Rising Psa while on Lupron and Casodex - Advanced Prostate...

I have been on Lupron and Casodex since October of 2018. PSA has been undetectable <.01 for 2 years. In January of 2021, psa was .1. My last psa in April 2021 was .2. Can anyone tell me what is causing this rise and psa and should I be overly concerned. What would be next steps if psa continues to rise 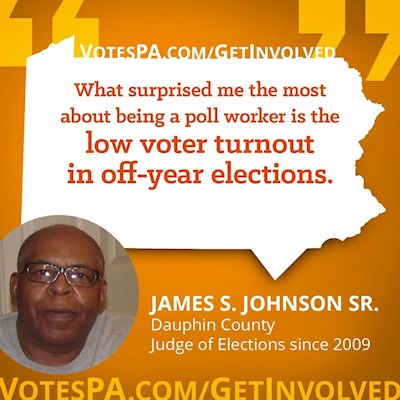 bluephi
To view profiles and participate in discussions please or .
Read more about...
22 Replies
•

If you have been on Casodex that entire time, one possible logical "next step" would be to simply discontinue it and see how PSA responds over the next few months. If it has switched from AR antogonist to agonist, its discontinuation may bring on an "antiandrogen withdrawal" response. This would be reflected in the PSA stopping its rise and possibly dropping again, but it could take several months (or more) to see that response.

bluephi in reply to noahware

Thanks for replying. I was thinking about dropping Casodex. Cancer cells my be feeding off of the Casodex. Will discuss with onc next week.

Why are you using Lupron + Casodex instead of Lupron + Zytiga? It has been proven that the combination with Zytiga (or Xtandi or Erleada) prolongs the time to castration resistance and extends survival. Next step would be docetaxel.

Thanks for replying. I was on Zytiga with Prednisone. The Prednisone made my blood sugar go sky high (910) so I stopped taking Zytiga. Any suggestions on a substitute for Prednisone?

You can use Xtandi or Erleada, which do not require co-administration of prednisone.

It might be contributing. I frankly do not understand why anyone with metastases is using it. It is a relic of the past.

Lupron as monotherapy tends to be resisted within 18 to 24 months. Abiraterone [Zytiga] (with or without Lupron) might be worth trying.

Casodex which is an androgen receptor [AR] antagonist can become an AR agonist over time. You could replace with Enzalutamide [Xtandi] which is a reliably an AR antagonist.

However, Abi & Enza tend not to be prescribed together.

You could discuss substituting prednisone with eplerenone (Inspra). When taking zytiga prednisone is given to control the increase in aldosterone which leads to water retention, edema, sodium increase in plasma, hypertension and loss of potassium in the urine which eventually causes hypokalemia. Eplerenone blocks aldosterone receptors and the excess in aldosterone caused by zytiga is controlled when taking this drug.

You could always just get another test. I've had a few test results that after follow up, proved all was well.

bluephi in reply to Ramp7

I was on Lupron plus Casodex intermittently from 2012 to 2016 Each time I had a Lupron series of three shots over six months, and took casodex daily during the six month period. Each time my PSA began to rise roughly a year after the last shot. So the Lupron was necessary to curb the PSA or growth of cancer cells, pretty much the same each time in 2014 and 2016, although the increase in PSA was a bit slower and later each time. What that told me was that Lupron with Casodex did not work forever, but for about two years per shot series. The growth of cancer cells is relentless. It can be slowed but not stopped. You seem like in the same situation as me. However, your Lupron Casodex series is not clear to me. But each time for me the RO wanted to repeat the series when the PSA rose above 4 in an attempt to keep the PSA below 10.

He then referred me to an MO who did not have the same goal. Rather, with him I simply took a vacation until PSA rose to 35. He then retired, and another MO took over, putting me on Lupron and Xtandi Lupron once every three months, Xtandi daily continuously. PSA fell in two months to <.1. It is still there. T is <3.

I am now on Orgavyx daily plus xtandi daily instead of Lupron shots, for thepast two months. Same story. PSA<.1, T=3.

It looks like I have stabilized in terms of cancer cell growth, at the expense of low T. (ED, lethargy, weight gain)

So this might give you a picture of what you are in store for. The T level controls the cancer growth. Nothing stops the cancer growth, just keeps it down. But that can be indefinite, as I see it. I am going on nine years since dx stage 4. I expect to die from other causes, probably heart disease.

Based on what information you have given I would say Yes, you need to be overly concerned, as anyone with any cancer should be. Cancer tends generally to grow as much as it can as fast as it can until it overwhelms the body. But with ADT you can expect to keep PC under control. PSA will tend to double regularly until you take ADT again. You might try to increase QOL by postponement of therapy, but there is not a lot you can do other than that. It may be relentless but you can be equally relentless with your therapy.

Thank you. I will be discussing with onc next week

What side effects have you experienced with Xtandi?

What side effects have you experienced with Xtandi?

Radtech40 in reply to NecessarilySo

It is nice to see that it has been 9 years since your stage 4 diagnosis and you are doing well. For my dad it has been 5 years since stage 4 diagnosis and we've kept radiologic progression down until just last week. We are starting paperwork for Zytiga, hope he qualifies, my father is 87 but a very active 87 so hoping it is something else that he dies from. They sure have come a long way with treatments for prostate cancer and I'm thankful for that. Good luck to you.

I have not been taking Xtandi for a long time, less than a year. It seems to be very effective in keeping my Testosterone down, with Orgavyx now. I am currently trying to establish the cause of my high blood pressure. I am doubtful. that Xtandi is the my cause of my hypertension. The problem is that I am taking so many other meds I don't know quite what side effects are caused by which meds. I have experienced lethargy, but it is not overpowering. I manage to get things done. I have experienced weight gain, had to buy new bigger pants, but lately have lost a little weight with strict diet. Other meds seem to have stronger side effects than Xtandi. Also the pandemic has caused me to be less active, so that might be the cause of weight gain. Winter weather also has had an effect on my activity, and that is ending.

All told, Xtandi has had little or no side effects.

Dont dump anything unless your oncologist tells you. My dads started rising, it went to 20 on casodex and lupron after 22 months on it, now 70 days later after stopping casodex its now at psa of 60! His oncologist explains it as the cancer figures out ways eventually to work around each drug, so a new one is then needed. Since his rise in psa they did a bone scan last week and he has an enlarging lesion in his back. Some people are lucky and when they go off casodex can have an anti androgen withdrawal and the psa starts going down, this can stay down for 5 months to 3 years, my dad was not one of the lucky ones, but....we are filling out paperwork for Zytiga which is the next step after lupron, casodex failure. Good luck!

bluephi in reply to Radtech40

Thanks for the information

PSA Rising While on Lupron and Zytiga

Zytiga. I continued to respond to Lupron (without Zytiga) for 2+ years, with PSA dropping over time...

Psa after six months while lupron and casodex

PSA DECLINING WHILE IT WAS RISING

﻿rising psa while on xtandi

spouses oncologist on Tuesday. Bill has been on lupron solid for 6 years now. He has had Provenge,...

Between a rock and another rock...

HANGING UP MY SPIKES.

The Constitution of Medical Knowledge (Part 3 of 3)