Those following me know I've had bad luck with pain and treatments, getting pain under control has been a real challenge and last 3 treatments have failed. The Radium 223 saw my PSA rise quickly half way through, he tried Zytiga + Predisolone my PSA initially dropped to 88 in early Nov but by Dec it was up to 110 and today it's 360.

I will have a PET scan next week and week after that if blood numbers okay he will start me on Chemo (Docetaxel) again, I asked if I was running out of options and he said 'yes' as the cancer is finding its way around whatever's been thrown at it, he is hopeful with the Chemo as first round got my PSA from 1386 down to 0.28 for a good 10 months, keeping my fingers crossed. 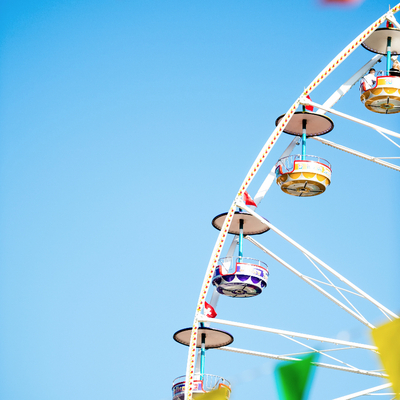 Zetabow
To view profiles and participate in discussions please or .
Read more about...
24 Replies
•

Good luck, I'm sure that Docetaxel will be effective again.

Wishing you every success. xx

It's been a while since you had chemo, there's a good chance it will do something. If you're really lucky it will resensitize the cancer to T. Hoping you get the best of luck!

Fingers are crossed and a prayer for your success with Docetaxel.PSA from 136 to 0.28 for 10 months. You can do it again. You can!

Have you been evaluated for Gene Mutations--->something is driving this fast increase?

You could discuss about treatment with Lu 177 PSMA. It could be more effective than chemo with cabazitaxel (Jevtana) if the cancer has a good PSMA expression determined by a Ga 68 PSMA PET/CT and by a FDG PET/CT.

They could consider to do a liquid biopsy to determine mutations which could indicate the cancer could respond to drugs such as olaparib , keytruda or similar.

Zetabow in reply to tango65

It's not available here, Finland in the closest neighbour but it's 80k. I just don't have that kind of money, not without ruining my Wife and kids future. I would rather they be financially secure than me chasing a lost cause.

pilot52 in reply to Zetabow

I just finished my third and final trip to India..they are 7K an infusion . If this sparks interest I can steer you that way...that does not involve travel or hotel but it is very affordable .

Here's hoping the chemo will work again and for longer Zetabow.

Wishing you the best Zetabow.

maybe you have large primary tumor producing large amounts of psa that can be Radiated if they can't be removed..and slow down Psa and spread look up natural way to slow Angiogenesis,(spread) and stimulate apoptosis ( sudden cell death) those 2 things have to happen.

I've had a number of PET scans and Mets is very extensive through my skeleton, Oncologist said radiation isn't really an option as they cannot radiate the whole body. Who knows maybe this scan will pick up something unusual.

He was very surprised with last Chemo results as I was quite poorly at diagnosis, my bone marrow had basically shut down and needed a lot of transfusions, to go from PSA of 1386 to 0.028 for 11 months, he said with my poor prognosis I couldn't have wished for a better outcome.

I'm keeping positive and will deal with each problem day by day.

4Rosebud in reply to Zetabow

This is what I did I'm saying you should. all I'm saying is try to stay calm and do your homework before you jump..its not easy I know.

(1st I was in diagnostic radiology for 30 years, so I understand the ins and outs of the field.

The report said numerous lesions throughout the the axial skeleton, pelvis and lympth nodes...I said nice that tells me absolutely nothing..

I requested a reread and i want to know exactly how many lesions there are in my bones that are over 1cm and how may over 1cm in my lymph nodes and exaxtly where they are...well they didn't like it but they did it.

So there were 30 in my bones and in my nodes over 1cm . and now I knew how many and where. except they completely missed a golf ball sized lesion on the neck of my femur which I found later while I was reviewing my images with The UCSF oncologist and it was about to break. Being in the medical field I always get a second opinion, look at my own blood work and watch..

If not I had 60 to 90 days. I said no to chemo and radiation, and had a feragon injection to bring my psa dow fast and started lupron only.

I had my hip replaced to remove the large tumor and had the Dr orthopeadist remove the bone marrow in that femur to remove as much ca. as possible from there.

I continued a good diet,exercise, and other healthy natural alternatives to chemo, and Its been over 3 years and I've been super healthy sense with PSA now in the low 20's.

I personally decided to wait and watch and take each step deliberatly and 1 thing at a time so I KNOW WHAT'S DOING WHAT..ONE BITE AT A TIME.

all the best, you can do this. measure twice cut once.

I remember the initial report the Lymp node was 2.6cm and shrunk to 0.5cm after Chemo. They showed me the scan and it was extensively in both Femurs right into the marrow (pain in femurs was my first symptom), since I had the Radium 223 and they did another scan (pain and my PSA went up to 300) it showed I had progression into hips and spine with some small spots in shoulders Ribs and head. The Zytiga got PSA down to 88 early Nov but this week it's back up to 360.

4Rosebud in reply to Zetabow

not unusual to see a bounce in psa. how your blood platlets, white and red blood count, did you do focused beam to larger tumors and treat them locally, I've been able to treat everything locally so far. I did a hip replacement rather than radiation and like that. My onco says we'll all get mets its important to keep out of marrow by keeping bones strong to slow it down. once it in marrow its different cancer blood and new treatment protocols, blood transfusions, bone marrow biopsy and bone marrow transplants. 2 things you muat do stop spread and create apoptosis. I do it naturally as much as I possibly can so I make my self stronger too...I've always used both. for support to my body

I have my PET scan tomorrow, I will bring up these questions then.

Thanks for the advice.

Good luck - you’re in my thoughts for great docetaxel success.

May your crossed fingers send a message to the Big Man Upstairs to keep your Pca under control until you hit 95 years old...

I would but I'm older than you by a few

I was a little upset about having to go through Chemo again that I totally forgot to ask my Oncologist about the Covid vaccine, I know my immune system is going to be low, should I be getting the vaccine or do you think it wont make any difference at this point in time?

Fortunately Covid here is fairly under control and one of the lowest death rates in Europe (around 400), I'm pretty isolated in the country side and not going out much but my kids are attending School and my Wife is working.

Not good news for me today.

finished radiation beam treatment. Along with my daily zytiga and prednisone. At my initial...

Discussion about Xofigo with my oncologist today

clinical experience, radium-223 should be considered relatively early in the treatment course in...

Today. Making the Best of the View at Oncologist.

\\\"Selfie\\\" to commemorate the occasion. Time for another PSA and another shot of...

given the high PSA he does not believe it can be neuroendocrine which doesn't produce PSA. He gave...

I wasn’t able to save Daddy. But I will see him again.

With great sadness, we announce the loss of My beloved fathe...