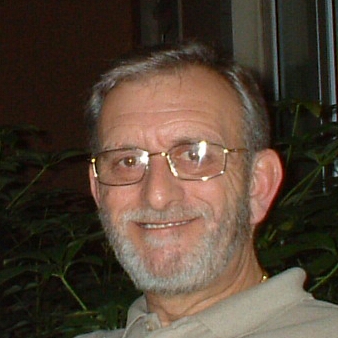 Worrying times but not giving in, ready for a fight, whatever will be sort of thing.

Know others here will have been through similar, any advice appreciated.

Also investigate having an RP, with a great Uro Surgeon, as an alternative--a lot depends on scans. WE have members here who chose either, and are going well, many years out. Stay calm, be ready to fight. Make sure you have a Good MO who only concentrates on Pca, and is attached to a Center Of Excellence, like Mayo, MD Anderson, Memorial Sloan, UCLA Medical, Duke, Levine Cancer Institute, John Hopkins etc. You want the leading edge best of care Standards. I was a 4+5 with Metastasis into the Blood, but had not landed at the age of 71 1/2--and now past mt 74th working on 75, and doing pretty well. And you can also. Understand I do about the fear, and trepidation---you will have less with expert Docs.

If it is curable, surgery is not a good option. Surgery is only a good option if there is low probability that the cancer is well within the capsule, and with a GS9, the odds are against that. For high risk patients, they often have to give radiation afterwards anyway. That has a much higher rate of side effects than if either were given alone, and the cure rates are still lower than brachy boost therapy.

It sounds like the option they will be discussing with you is long-term hormone therapy plus a 40-44 treatment schedule of IMRT radiation. The hormone therapy (usually Lupron shots) begins about 2 months before radiation begins, continues during IMRT, and then for about 2 years afterwards to finish the clean-up job. The radiation has relatively few side effects, but the hormone therapy is not pleasant. The advantage is it's available almost everywhere. However, it is not much better than surgery at curing the cancer.

The option with the best success in cases like yours is "brachy boost therapy." It involves only about 20 IMRT treatments (4 weeks) over the entire pelvic area followed by a boost of radiation to the prostate alone using radioactive implants (either temporary or permanent). It is usually given with short term hormone therapy. Because of the heavier dose of radiation, it may have a higher rate of urinary side effects (retention and irritation). High risk men getting brachy boost therapy had metastasis rates MUCH lower than the other two therapies, and prostate cancer survival rates that were MUCH higher.

It may be difficult to find a place nearby that offers it, and it's up to you to go out and talk to the experts (if they are not an expert they won't know, but will probably have an opinion nonetheless). Some men travel for the brachytherapy part of the treatment, which is done in one day by a brachy expert, and receives the 20 IMRT treatments closer to home from a local radiation oncologist. The brachy doctor must coordinate this.

Wow, I read the article you provided a link for and it makes me feel like I'm making a big mistake. After 4 months of ADT plus Zytiga & Prednisone, I had my 1st IGRT today (44 more to go). I am 57 with a GS8 with enlarged LN's in my pelvic region. PSA of 86 at diagnosis down to 1.03 last week. No surgery. I guess I finally have something to second guess myself about down to road...

With a PSA of 86, my first thought would be undetected distant metastases. I assume you had a negative bone scan/CT. However, after 4 months of ADT+Zytiga, I don't know if they'd still be detectable (there is some evidence that mets can be detected with a PSMA-based PET scan even while on ADT). So, I guess you just have to assume that the PSA is from cancer in the prostate and the pelvic LNs.

Maybe the Zytiga will kill any radioresistant cancer cells as effectively as a brachy boost - that is unexplored territory.

It's actually not too late to change your mind and go with a brachy boost. The daily IMRT dose is 1.8-2.0 Gy/treatment either way and the whole pelvic area is targeted either way.

Find a medical (preferably prostate specific) oncologist you trust and listen to him or her. Don't second guess yourself based on one comment you read on a forum which links to an article written by the commenter. Second guessing is looking backwards so stay positive and think about what is next, not what you did or didn't do. Good luck.

Thank you mtnwife for saying all of that. I feel much better now, after reading your reply

Keep your chin up. You have a lot of reason for hope. There are many different treatments for prostate cancer. I also second the idea of going to a Medical Oncologist, especially one who specializes in prostate cancer. Even if it is a local cancer.. I think it is hard for a Urologist to be up to date on all of the treatments. Nalakrats and PJoshea13 are great resources on this forum.. as are others.

Mindfulness meditation is a great practice to start.. if you are not already doing it. There are both local and online classes.. This is one of our(Albuquerque,NM ) local resources themindfulcenter.com/ but I am sure there are many. My husband and I have taken these classes and found them to really help.

lots of hugs and prayers!

the two RO I have talked to have recommended shooting the closest 2 rows of lymph nodes to the prostate only -- not the entire pelvic area. has anyone heard differently

efsculpt in reply to George71

I remember reading Dr Myers comment that PC can leap frog lymph nodes. My cancer nodes were near where the ilium artery branches.

I went with HIFU rather than the external beam radiation they recommended. Google it and see what you think. My CT and bone scans were clear. I was ruled a poor candidate for conventional RP surgery as I had TURP surgery for BPH years earlier. TURP is a good thing when it comes to HIFU.

It all depends on the results of your scans. Hormone therapy is likely to be with you for the rest of your life, so get used to enjoying life in spite of it. Beyond that, treatments really do depend on whether and where you develop metastases. Stay in touch. There are amazingly knowledgeable people on this forum as well as common and garden variety fellow travelers like me who welcome contact with others on the same road.

Get "The key to Prostate Cancer" by Mark Scholarship. As you get more info from tests you can look where you are in the book and get an idea of what is most effective treatment at present time.

or Enza when PSA reaches 15. (he seems to favour Enza) Having another body and bone scan in may,...

multiple lesions in his bones as well as lymph nodes in the pelvic area. Psa is14. We were shocked...

Are you going to let them know?

How long has everybody been kicking?