When is Genetic testing for Advance P... - Advanced Prostate... 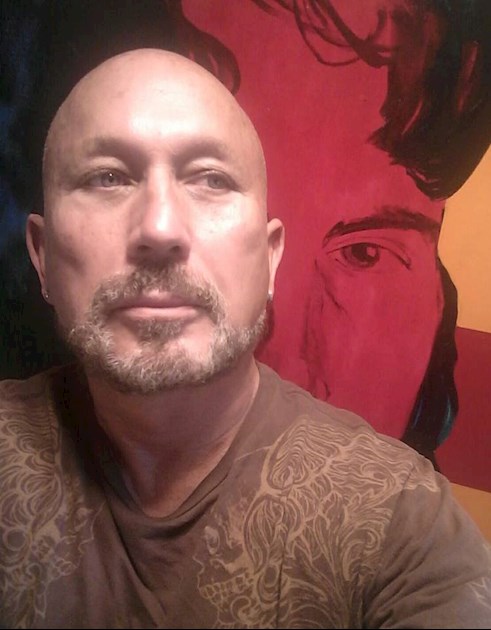 ..I asked my doctor (at University of Miami, Sylvester) about it...I'm just a few months into Stage 4. Four months into lupron and about to do my 3rd chemotherapy session with Taxotere....I asked about getting some kind of "genetic" testing done...and he said...it wasn't necessary "yet". What does that mean? Seems like it would be done right away...to save wasted treatments, etc... I'm new to this "stage" of the game and ...a little blond right now. Any suggestions? theories? etc?

Get away from Sylvester/UofM. They are into money. Wrong kind of Medicare , they say move on.

hmmm...I haven't had a "money" issue with my medicare HMO that I have with U of M... They've been great with referral and expensive tests ....and they do everything for me...(referrals and approvals)...BUT, I did pay ...ONCE...for HIFU ...after a biopsy after radiation showed it came back....the HIFU (which cost me 20K our of pocket) was successful in cleaning up the prostate...biopsies and pet scans of it are all good...but we were too late and I have bone in a few in pelvic area and a few lymph nodes in pelvic area...so ....I'm "advanced"...

p.s. the HIFU was barely FDA approve and not yet covered by Medicare or ANY insurance when I had it done.

I think some genetic tests are specifically designed for certain "decision points".

1) if the evidence is unclear about whether you need to get a biopsy.

2) if you get a biopsy and the result is 3+3, and you are on the fence about watchful waiting.

There are probably other decision points where it is helpful. I think knowing that you have a BRCA2 mutation can be helpful, as it makes you less complacent - always a good thing.

Hidden in reply to eggraj8

Today it's done with a blood test. And, it's way more than just the Braca2 gene. Braca1 to name one. PCa is closely related to breast cancer, hence testing for the Braca genes. If that makes sense to you. Nalakrats has had a boatload tested, I had 14 tested, plus the Braca genes. Look at any local teaching hospital that may be researching PCa, that's how I got tested.

greatjohn in reply to Hidden

well, I'm at University of Miami's Sylvester Cancer Center for treatment(I assume they are a "teaching hospital"...and they were up on the "Stampede" ~style treatment...so I am doing Lupron and Chemo right out of the gate....my Doctor (oncologist) may be right that I am a little early for testing...but I'm gonna mention it again. He is an advanced Prostate oncologist...specialist. So I hope he knows more than I do...hmmm.

Hidden in reply to greatjohn

I believe that it's never too early, or too late. If you've got a broken gene, causing your PCa, I, we, would like for you to know it. To not embrace gene therapies, is a dereliction of duty. Or whatever it's called in the doctoring world. One thing that pisses me off, and I'm with a "teaching hospital" too. My Onc tells me he's a 'doctor of chemicals', no more, no less. No gene crap for him. I say, but you are a doctor right? I think he's afraid to lose his patients as new treatments come to the fore.

I the past 5+ years I have had 4 liquid biopsies using Guardant360. This test takes 2 tubes of blood and looks for genetic defects in your cancer. Over time, our cancers change and some specific defects have treatments.

For example, one of my tests revealed that I had an ATM defect. The drug of choice for that defect was Lynparza, a PARP inhibitor. Lynparza worked for me for 9 months or so; then my cancer moved on and no longer had the ATM defect.

Now on chemo, but am a believer in obtaining all the information possible about your specific cancer.

When I asked my Onc about genetic testing, he said it was a waste of time and money. I didn't tell him I had an appt to have it done. I had a Braca 1 & 2, and a ProstateNext test done. All was negative, which is great for my family, but told me nothing of the cause of my PCa. Genetics are the future of medicine, and don't let anyone tell you otherwise. These discoveries will put a lot of those guys out of business. I'm waiting for PCa patients to get in on the trials of the link below.

greatjohn in reply to Hidden

THANKS FOR THE INSIGHT!

"Genetic testing is done toward the end." WTF does that mean? Still many drugs you can take without the help of genetic testing?

Sir, you are completely misinformed. Or a fool. I think the prior. You have a computer there in front of you, check out what it is, and where it's going to take us. Then you can edit your response accordingly.

I Had Genetic testing Last year, It was supposed to be done with Robotic surgery and out the same day, it turned into a full open surgery with complications, #do no harm.I was in the hospital for 8 days, they found nothing useful. I would agree ,as others have said that a quadrant blood test as advised by myers, Sartor et al would be better. I think mutations can develeop over time, and likely if a guy is responding well to current treatment , the information would not be used to treat any differently , however if cancer is advancing it would certainly be good to know if it is a mutation that has developed and is causing the cancer to advance, And use the new drugs to treat then. It is my understanding that just less than 30% chance an advanced patient has a mutation.

I'd say that if you are early on and responding well to ADT, I'd have to agree with your doctor. Unlikely to find anything now and that's what you want.

I'm in the same situation. Later in the game when things start to change and resistance develops, then I'd be looking for somatic mutations with genetic testing. That 30% figure that Dan mentioned is correct. Those mutations generally occur during the course of primary and secondary AR-based treatments and can take some time before they develop. As long as you are responding well to ADT, I wouldn't be concerned about it.

I know someone who has a BRCA2 mutation, but is responding well to ADT and will not go on a PARP inhibitor as long as ADT is working.

What genetics tests are need to done

what are all genetic tests which can helpful for different medicine like I already have done MSI,...

Need advise for my dad recently diagnosed with prostate cancer

has lower back pain and hips with a MRI that was done it shows a mass on his back at the moment...

genetic testing on their prostate cancer

Has anyone done genetic testing on their prostate cancer to see the aggressiveness? If so did it...

My husband has advanced prostate cancer

feeling much weaker. Having scans again this month. I'm getting very scared and worried.

We are having my husband genetically tested to see what we can learn about his PC. Hopefully, this...