I was diagnosed a little after covid shut everything down. I was having an intake appointment with a new psychiatrist. I had been in therapy for a few years at that point and was on medicine for around four years for other mental health issues. Initially we were only going to him for depression, anxiety, etc. I had never been screened for ADHD even though I had already had one psychiatrist previously. During the intake questions, he started asking the questions to evaluate if someone has ADHD. I was diagnosed with it and started taking adderall soon after. Currently I am taking 40 mg. But it has been increased several times before this point. I am really struggling to accept the fact that the way I think and process things is not normal. And that this illness has been effecting my entire life and I did not know it was and that the way I think is not the way most other people think. I have noticed that most psychology articles do not talk about the symptoms and patterns of thought and emotion that people with ADHD struggle with on a daily basis but are not well known. I did not even know what executive dysfunction was until I started following ADHD accounts on Instagram. It seems that the majority of professionals do not seem to think that a lot of that stuff is an actual symptom caused by ADHD. it is funny because I always said that my brother probably had ADHD and then I was diagnosed with it instead. That was when I only knew of the stereotype of ADHD, not what it does to someone who actually has it. I am struggling to accept this epiphany and how to cope with it. Any advice or stories that anyone think might help would be greatly appreciated. 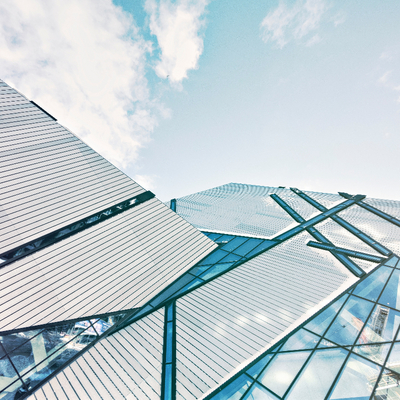 stingray_lover
To view profiles and participate in discussions please or .
Read more about...
5 Replies
•

It is very common for a diagnosis of any kind to come as a bit of a surprise. Curiously, in ADHD, there seems to be high number of people who have not been aware at all that they a slightly differently minded.

I would recommend that you learn as much as you can (from reliable sources) about ADHD and continue to talk about which facets of the ADHD relate to you - and how.

You will find that it is not nearly as scary as it might seem at first.

It isn't a "disease." It is simply a difference in cognition - a common one, in fact.

ADHD is only an "impairment" when problems emerge from the mismatch between how the rest of the world operates and how ADHD brains operates.

Therapy and medications help people with ADHD find the little niches in life where we fit in well, work well and live well. If done at a younger age (like yours), you can adapt very well - albeit with a little professional guidance, possibly some meds and some effort on your part.

It also helps to remember that there are certain ways in which the different cognition of ADHD can be a great asset - the ability to hyperfocus, enhanced creative abilities/tendencies, a tendency to enjoy humor or be good at comedy, a certain kind of lust for enjoying life, etc.

Notably, there is no relationship between ADHD and intelligence or athletic ability. You aren't any more limited in your ability to achieve than any other average person.

Thank you so much!!!! This is exactly what I needed to hear. I never really thought about how having ADHD could be an asset. It really helps me feel better knowing that there are people out there that are or have been in the same boat as me. Thank you so much for your response. It helped me look at this from a different (and better) perspective, as well as just making me feel better in general.

I’m 35 and was just diagnosed with it during Covid as well. I had never considered I might have it seeing as I went my whole life without mention of ADHD. I just figured I had some general anxiety. I was able to complete 8 years of school with top marks and become a chiropractor, even though I’ve always struggled with focus and procrastination. But Covid seemed to intensify my symptoms because my usual coping mechanisms suddenly weren’t working. My Doctor said females usually slip through the cracks because we tend to have more attention issues than hyperactive. I’ve found as I got older my attention and memory have been getting worse and I really struggle with relationships. I only wish I was diagnosed earlier but I’m learning to work with it the best I can now. Exercising everyday, getting outside, and eating healthy have been the biggest things that have helped. I experience a lot of side effects with the medications so I’m trying a new one now to see if it’s better 🤞🏻 Good luck with your journey!

Thank you so much for sharing your story with me! I have found that it really helps actually hearing from someone who is in a similar situation, not just hearing "you are not alone."

I agree! And it looks like there are more of us out there than we realize!

Struggling, and Have Been For Years

have had ups and downs. My spouse has always been able to express herself, where I have always been...

Long-term Goals and Meaning in Life

to pose the question more philosophically. How do you differentiate between what you think you...

Elvanse (Vyvanse) I’m starting to think of where my life’s going (again). I’ve had numerous jobs in...

to multiple psychologists/psychiatrists as well as therapists and have been on just about...

homeschooled girl. And I think I have adult ADHD.

I’ve really been struggling to complete a lot of...