I understand that for many people the use of medication can be a powerful moment, and certainly I've read a lot of posts about this. How it was 'glasses for the brain' and the like.

I started Elvanse 30mg and it's been a combination of mixed, muted and awesome. I'll start with the negatives (and end on some good points)

Dry mouth is a pain. At least I've been drinking more water. But my goodness even with my already dry mouth from sinus issues it's turned into a desert. I had to go out and buy some boiled sweets to suck it became so bad.

Buzzing/tingling - I had a slight buzzing in my head when the meds started to work. I've had sporadic tingling in my hands after that until quite a few hours in. No real change in pulse or anything which I could attribute to it.

The crash. Maybe it's because I was already tired, or it was finally starting to wear off noticeably but around 8pm onwards for the next couple of hours I was near comatose! Just a really strong need to sleep. Couldn't focus on what my wife was saying, lost sense of all time and date, etc.

Appetite - what appetite? I had to force a dinner down myself. It tasted fine, but my goodness it wasn't fun to eat. I had small bouts of hunger which dissipated very quickly, and just didn't feel hungry all day. Had a chocolate bar for sugar energy and felt sick afterwards. Even my breakfast an hour after pills was a challenge. Great as I do need to lose weight, but this is something I will have to watch carefully.

The mixed and muted:

I was expecting to be able to focus on things a lot better. Unfortunately I wasn't able to try my 'experiment' of attempting to read a book (I've got one I want to read) because of work being exceptionally busy yesterday. I work from home (sort of - we do dog walking and home boarding) so that took up most of my day. Where I did have to focus was pretty mixed - I could work a lot better without resorting to phone pickups and reading stuff which I did notice was less, but still present.

Boredom - I was still slightly bored, but again, less so. It wasn't the paralysing, crippling boredom that meant I could not focus on anything else. I seemed to put up with it more.

Time - this is an odd one. I still had complete time blindness in terms of the passage of time between jobs, etc - but wasn't getting stressed about it. Everything felt a little more 'laid back'. Example: I needed to walk a clients dog at 2:30pm, our boarding dogs before that. I would have wanted a break, but time meant I would not get one - but it didn't ruin my day when it would have normally.

I managed an entire day without any caffeine at all. Probably the first time in decades. I've managed to reduce my intake at times, but this was a first time I felt awake and energised without the need for 2 strong mugs of coffee first thing.

Smaller tasks were much easier. I sorted out some business procurement almost immediately. I almost cleaned a clients kitchen even though I was only meant to wash the dog bowls - I had to audibly stop myself from doing it.

Riding the motorbike was much more pleasant - I wasn't getting irritated by slow drivers and was able to be more patient in my decision making processes when overtaking.

Even work stresses were dealt with in a much calmer way. People with other dogs when I'm walking more 'socially awkward' dogs was much more chilled, cyclists zooming past without so much as a thanks for stepping off or winding the dogs up was met with an 'Oh well, lets carry on walking' when before I would be shouting something passive-aggressive and reacting much more badly. Not perfect, but felt much more emotionally controlled.

My wife observed I looked much more 'present', attentive, and "nice". She had to qualify that last one as I'm not a horrible person, it's just the unpredictability of ADHD/mood/responses means I'm often frustrating to deal with.

I don't feel as depressed, or struggle to think quickly - it's a case of I feel slightly 'sharper'.

Almost zero heart issues - I know a lot of people say about racing pulse and palpitations. I had a small period in the evening where my pulse jumped to 90 for a bit, but other than that it was pretty normal. I track all this via my Watch anyway.

A vast amount of internal 'noise' in my mind has reduced to an almost consistent single train of thought. It used to be two or three thought processes, music, visual stuff all going on near constantly. To reduce to a single inner monologue is just bliss.

Even though I'm only on my second day, there's a noticeable improvement in things. It certainly helps, and time will tell in what areas it's really beneficial. The pros outweigh the cons for me. My only thoughts are that it's good to use, but feel it's not quite the right level of dosing - something that will be brought up in my review. I'm logging all this using my mood tracking diary to help when speaking to the psych next time.

Don't know if this helps anyone, but just felt to put it out there in case it does. 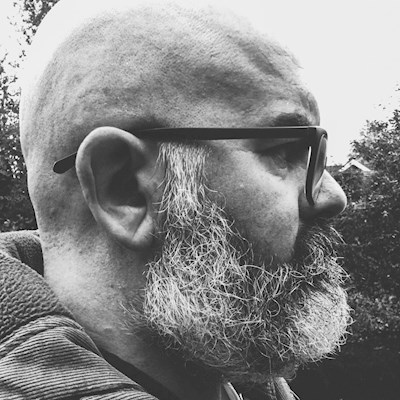 Tarknassus
To view profiles and participate in discussions please or .
Read more about...
5 Replies
•

Thanks for the report.

Why quit the coffee?

Doesn't seem like real world test conditions if you abruptly take away something routine to your life?

I had been reducing my caffeine intake from dangerously high to just... high. It's something I needed to do anyway.

Example: Morning coffee consisted of two heaped spoons of instant, two sugars. I'd be having two of them before I even left the house to work. And the energy drinks - constant every day.

So I'd worked on reducing in anticipation of ADHD meds and it was discussed during my diagnosis. I've now gone to having a 50/50 mix of coffee/decaf, limiting the amount (just one spoon) and seems to be a much better middle ground for now.

Coffee is probably going to remain a fixture for the mornings because once the meds kick in at the moment I'm just not wanting food or drink. However, getting to a decaf stage is my end game. (And I'm drinking plenty of water too despite not wanting to drink)

2 x single espressos (one after breakfast one after lunch) is part of my norm. However I have gone way overboard with it in the past at various times.

Keep us posted on progress it's interesting to Read. Thanks

Rodster in reply to Stonesfan

Coffee contributed to my anger issues.

Yep I have experienced that..

Medication vs no medication

I have definitely felt the pro's of my medication; Focus, control, waking up on time, etc. But I...

stressed at work and it makes my evening at home a hot mess.

Background information and question about medication

daydreaming, she always called me spacey and even at the end of the year when everyone got candy to...

ADHD Medications for the elderly

that living with more clarity and focus would make my life so much better. There is almost no...

up to 30 when I followed up a month later. Initially, I was very happy with the effects. I felt...