So I know I’ve had some pretty significant struggles with making friends and interacting with people for pretty much my whole life. I’ve gotten better but it’s still very much a struggle for me. My issues are different from the really typical social struggles associated with ADHD. I’m the opposite because I’m usually pretty withdrawn, quiet and I’m conflict adverse. The only time when the typical problems come out is when I’m with people I’m familiar with, like my family.

I feel a bit isolated and lonely because I have trouble making friends and connecting with coworkers since I’m so reserved. Other people have a hard time getting to know me because they struggle to talk to me and probably think I don’t like them. Even the friends I currently have struggle a bit and I definitely find myself struggling to participate in my conversations with them, I just sort of lag behind or second guess what I want to say so much that I don’t say anything. I’m also afraid of starting conversations and saying “hi” to other people unless they say it first. And that’s just the tip of the iceberg. There’s more but I could spend all day talking about all the social things that scare me or just make me feel uncomfortable.

I don’t know if my problems are related to social anxiety, some other issue or a combination of both. When I was evaluated for ADHD my psychologist did assess me to see if I was on the Autism spectrum, but she was able to rule that out. I was diagnosed with Social Pragmatic Learning Disorder instead but to this day I still don’t understand that disorder very well. I think it’s just a way of diagnosing someone as being “socially awkward “ even though all the articles I’ve read claim it’s more than that and I’m sure they are right I just have a hard time with the concept.

I’m trying to work on this issue but the trouble is I don’t know where to start. Most of the resources I’ve come across are for Autism or ADHD which talk about developing social awareness. Im not so sure my problems are the same. If anyone has any idea on what type or resource would be helpful that would be amazing. And if anyone has struggled with the same kind of problems I’ve experienced I would be happy to hear from them too. 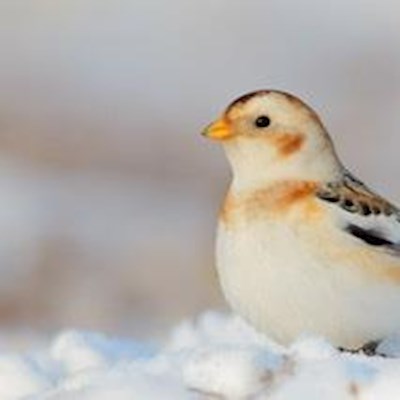 Snow_Bunting
To view profiles and participate in discussions please or .
7 Replies
•

ATM I have no life. I can't balance work, kids, & family. IDK where socializing would fit in. There was a time in my student days when I was able to be a wall flower at an independent coffee shop. People see your face enough, they just figure you belong there eventually. Unfortunately, in my area real estate has blown up so much that there isn't really any public loitering spots where regulars gather anymore. As for existing relationships - I have found when I'm doing what I'm supposed to (work, school whatever) and have a hobby I am passionate about that the paranoia tends to fade away and having an interest tends to supply some conversation fodder.

One of those hobbies was a card game - magic the gathering. Helps to have a hobby that requires other people. Fooling around with a 3d printer was good for making conversation about stuff I was interested in but required a lot of isolation at home.

Have you sought counseling in any form, specifically life coaching?

Have you considered group therapy? I haven’t done it (Covid ended the in-person group I was considering joining) it but my basic understanding is that (in the right group) a well-trained mental health professional would be guiding a group through their interactions. To my understanding, you would have the opportunity to express your concerns to the group (confronting your discomfort) and receive honest but supportive feedback from the others on their perception of you, practice social skills, gain confidence, etc. in a compassionate and understanding environment. It’s possible different groups function more or less like this, but if you can find one that fits it might be helpful?

Snow_Bunting in reply to ADHD33

Thanks for the reply- I would really like to do group therapy online or in person but the last time I looked there wasn't a lot for ADHD in my area. I could try looking again though. I'm also super busy with an internship at USC and preparing for grad school so I don't know how to fit it in but if anyone has any advice on how to fit this into a busy schedule I'm open to hearing it.

Besides counselling and group therapy, are you part of any communities?Groups that you voluntarily interact with, like church or a sports group.

I realised that I would never meet anyone ever if I wasn't an active member of my local church. I met my fiancé at university. I'm self employed, and virtually never leave my house except for food.

If you going a community around something you enjoy then perhaps you can spend time interacting with those people. Most of my friends beg me to come to things or I really never would go.

I made friends by programs like my female autism.clubhouse, jcc program for adults with disabilities and and through day programs and mental health program. Online fb communities and meetups i done in the past. Now my social circle is small to none existant. i never had or made alot of friends in school either. Also been introverted and quiet. Hard for me to make friends. Now looking for support groups and social groups and work groups and programs.

Wow, that was definitely me when I was your age. So awkward and unsure of myself. My standard was to be a wall flower, watch listen and "learn the rules" of the group interaction. What was appropriate, what wasn't, what topics people talked about and such. Oh, the hours of standing around, just outside a circle of people, wanting to be part, but unsure of what to say or when to say it. 1000 times I would have something to add, but missed the moment and the conversation wouldn't swing back around again. There was always someone louder/faster who would interject some comment or story before I could even open my mouth to try. I never felt as alone in the world as I did at parties. There is nothing like being in a large group of people who seem so effortlessly to get along and interact while you feel like you are in a pocket dimension of isolation in the middle of it all.

Don't get me wrong. Getting older didn't magically fix everything. I'm still socially isolated and awkward in my opinion. I did make large strides in changing myself along the way though.

My first big step was in college. I had *such* a hard time talking to people. I was fine once the ice was broken and we had a topic to speak about (one on one), but just making that initial approach felt like I was jumping off a cliff. So I took a job in the computer lab (it was my major) and sat at the front desk to check them in. I was literally being paid to talk to people and interact with them. It went from impossible, to easy. I knew what to say (for my job). It was like being an actor in a role. As long as I was doing the job, I could be open, friendly, even gregarious. No fear of rejection or awkwardness, because they were coming to me.

No, it's not the same as making friends. However, once the ice was broken and people saw my smiling face greeting them as they walked in the door, they were more than happy to talk with me. Friendships definitely grew out of it.

I don't see this as specifically ADHD. More of being an introvert. However, some aspects of ADHD make it harder. Slower processing time, missing important bits due to attention issues, etc.

have been written , I don’t know if it’s frowned upon but I have taken some ADHD tests that are...

moving forward. I just would love some advice in the meantime. Not to mention I don’t know anyone...

think I did pretty good.

He told me that I’ve been there for 6 months and I should know the...

on here as I’ve got no one to talk to about it. You know that sad feeling where you just want to cry

Anyone have experiences about how to heal or help families after late adult diagnosis?

I just received a very emotive email from my father apologising for ‘missing’ or ‘ ignoring’ my...