My highly sensitive and intelligent 12 yr has ADD since 3rd grade. We have not told him yet since my husband believed that it would make things harder. He was able to mask this in elementary school. Now that he is in middle school, he struggles socially and has lost his spark and is beginning to lose confidence. He does well academically. We have started him with a therapist ( we are still looking for a better fit therapist) and see minimal change. We are thinking about medication but the side effects of anxiety are scary given hr already has some anxiety. I feel that we should tell him so he knows but we are worried that it make him feel "defective". 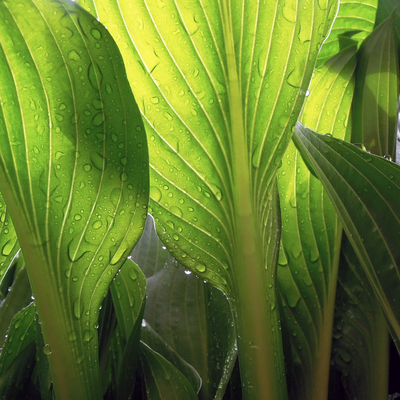 BStron
To view profiles and participate in discussions please or .
Read more about...
7 Replies
•

Without question, yes. He has a right to know and learn about himself and this is key information for him. There's no reason to think of him as defective. ADHD diagnosis is just information he needs to know in order to learn methods and strategies to help himself thrive. There's no way he hasn't noticed differences between himself and his peers already and this information will give him context for what he's already noticed. Plus this generation is really ready to accept people for who they are, and whatever differences they have.

Your child already knows he's not like everyone else. Right now he likely does feel defective as he does not understand that it's his brain causing his issues. I started basic with my child, who was 8 by telling her her brain wasn't like everyone elses. That hers was growing slower. Now I can tell her her prefrontal cortex development is going to prevent her from being able to remember all the things and that's ok. Youtuber by the name of "How to ADHD" explains it in easy ways as well as "ADHD Dude". Start looking at those resources and share a video with him.

What makes you feel entitled to with hold this information? You aren’t protecting him, his ADHD will never go away. Telling him will grant him the knowledge he needs to be self aware, to cope and develop his own strategies to live with his ADHD. I feel like you may be inadvertently telling him it’s something to be ashamed of, since you have with held it for so long out of fear of making him feel bad. If your kid had diabetes wouldn’t you want to educate them on how to manage it and take care of themselves when you aren’t around? Same goes for your sons brain.

I feel that we should tell him so he knows but we are worried that it make him feel "defective".

He absolutely should be told and I assure you he is already feeling bad about himself and this news may help him feel better knowing it’s not some mystery why he’s feeling the way he is.

May I suggest that therapy isn’t working because he needs the jump start of medication in order for therapy to work. One can’t “talk” to a broken arm to help it heal. It must be set in a cast. The same goes for adhd and anxiety.

In your shoes, I would find a psychiatrist who treats children as well as adults and present the adhd and anxiety to him/her and let him/her decide the course of action with medication. Then, I would move forward with therapy.

As far as telling him, you first need to apologize for not telling him sooner (he might get mad at you for withholding). Then just let him know that it’s not earth shattering news. Not a big deal. His brain is just wired differently and it has nothing to do with intelligence. Tell him the great news that there is a way to feel better (medication and therapy). Arm yourself before your conversation with him with the the names of celebrities/people he admires who have adhd.

Hi there. As parents, in our hearts, we know when it's time to share things with our kids. At 6 and 7 yrs, old, my twins were going through horrible meltdowns. Then, they asked "why me? Why am I not like the other kids?" This broke my heart. I had to tell my boys what was going on with them. it's not easy to do, but the right words comes out. I'm glad they know now. I will keep you in my thoughts and in my prayers.

I completely understand the importance of telling your child about his or her diagnosis. I did so when my son asked me about it, at 10 years old, two years after he was diagnosed. It may be that I should have done so earlier, but I just hadn't done enough research, asking, etc. So, I give you much grace and respect for asking the question. My son has expressed several times that he wishes he didn't know. And I understand that too. In some ways, I think him knowing that there is a reason for his behaviors makes him feel like there is no hope. "Well, I have this stupid ADHD, so I just can't help it!" Of course, we have had discussions and support to help him, but it doesn't take away the anxiety and the hurt, at least not yet. And that breaks my heart. This is hard, and there's lots of good advice here, and I hope that it helps you make the best decision for you and your son.

Yes. Definitely Keeping it secret makes it seem like it’s something to be ashamed of. Which it’s not.

12 yr old boy making threats, has anybody else dealt with this?

Recentlyhe started making threats to teachers, and bus drivers and kids that bullied him of killing...

are not familiar with SOAR, they are a camp (and school) exclusively for ADHD kids. It's not a...

When do I tell my child he has ADHD or do I have to?tia

children that they have ADHD and how do I? Without making him feel bad?

He used to be a happy, go-lucky, very social boy and he has morphed into a moody, angry, defensive