I don’t post much on here, I tend to ‘lurk’ sorry. Well I seem to have hit a brick wall, I’m heading down that slippery slope AGAIN. I’m still not smoking and I’m still exercising and doing C25k. BUT for the last few days I’ve eaten everything in sight. I daren’t get on the scales. I really want to do this but I’m not sure why I’m sabotaging my eating. Up till now I’ve been happy with the odd single piece of choc or 1 biscuit. Now it’s the whole block or packet. I’ve done too well to put it all back on. When I’ve got like this before I’ve just given up. This time I thought I’d come on here and see if a ‘kick up the bum’ would help me get back on the straight and narrow! Thank you all for reading. 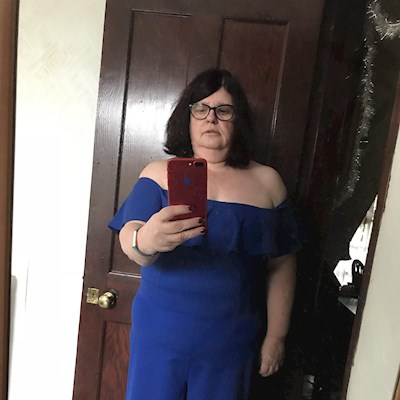 Shelley2310
2st 7lbs
To view profiles and participate in discussions please or .
17 Replies
•

Do you log when you get the mega munchies? Could it maybe be a bit hormonal?

I’m going through menopause so there’s really no rhythm to it. I’ve eaten biscuits, mince pies, several pieces of stollen cake. I live with my parents as I help dad look after my mum with dementia, so not able to say they aren’t coming into the house 😂😂. I’ve done so well and want to keep it up, but I can’t seem to stop myself. This happens every time I try to loose weight and I give up. I really don’t want to go down that route again. I’m 53 and as I’ve got custody of my granddaughter too I want to become healthy and set a good example. Hope this all makes sense 😊

Hi Shelley2310 - first of all well done on the not-smoking, that's a huge huge benefit!

And well done on recognising your problem. Maybe I or someone else can help you work out a solution. (Although I am no expert and all I can really do is make suggestions - if it's not for you, it might help you work out what IS for you?)

Do you follow any kind of plan? Sometimes it can be easier to decide on a plan (e.g. calorie count for the day, or low carb high fat, or interim fasting) then aim to do it for a couple of weeks to see if you can, and then check out the results.

Clearly you know how to stick at something - I am in awe of anyone who can do C25K!

I think sugar is actually quite addictive so it's not surprising you are looking for more and more of it. If the choc or the biscs have become a problem, how about you go cold turkey on them? Just don't have them - again to prove you can.

And lastly - are you eating enough good stuff? Because if you're not, it will be leaving you hungry and vulnerable to a quick and sugary fix.

How about you get a plan together and join us on the Daily Diary?

Sending you positive thoughts - you can do this!

I calorie count using Nutracheck, I have been really good, drink lots of water, have my 5 a day (usually). I’ve lost 2st 7 since August, which is the most I’ve managed ever haha. I’m wondering if it’s just because Christmas is round the corner. I have already decided to have an ‘easy’ day then. I’m going to allow myself 2,500 calories. As I’m doing the c25k I’ve got a run scheduled for early morning I know it’s not enough to loose weight but it’ll be a few extra calories burnt. I’m hoping because I’ve posted on here I can draw a line , start again and weigh in next week. I think if I weigh now and I’ve put on a lot psychologically I’ll feel terrible.

Just get those things out of the house, then you can't eat them. I'm much the same - I'll munch on biccies simply because they're there.

Once you've emptied your cupboards and shopping baskets of junk, make sure it's full of proper food that's going to fill you up. Carb cravings are usually a result of a diet that's far too carb-heavy in the first place and lacking in fat: your body just gets used to burning carbs for energy simply because there's nothing else available. When glucose starts tailing off after a meal (2-4 hours) it'll just aggressively demand more, instead of switching over to backup power (stored fat).

Bear in mind that the point of exercise is not to "burn calories" but to get your metabolism working more efficiently.

Christmas is going to be a challenge, but I suggest you try to avoid a long build-up (ie., lots of snacks sitting around in the house) and confine your indulgence to a week or so. Enjoy yourself, and then commit to getting rid of all the junk and putting proper food back onto your plate. A week of pigging out is unlikely to make any dramatic difference to your bodyweight and your appetite will soon correct itself.

Thanks for your reply. Unfortunately I can’t take everything out of the house as I’ve moved in with my mum and dad to help look after my mum who has dementia. I moved in May, so I’ve managed to all this whilst living here. I was able to resit it all.

TheAwfulToadMaintainer in reply to Shelley2310

ah, sorry, I read that bit but didn't realise you were really there 24-7!

Is there any particular reason your mum and dad needs these things in the house though? How is their health generally? Of course you can't dictate what they eat in their own house, but is it something that could be discussed, so that you're all on the same page? It's hard to eat something different to everyone else in the house.

Anyway ... I was really just wondering if your diet may be too heavily reliant on pasta, rice, bread and the like. This sort of bingeing happens to nearly everyone who eats meals with (a) a large carb component and (b) insufficient fat and total calories. Is this a possibility in your case? If you're eating proper meals that make you feel full for a long time, you might still be tempted to raid the cookie jar, but you're a lot less likely to empty it

We do have full fat milk, but everything else I have is low fat or fat free. I use natural fat free yoghurt on my breakfast. I might try normal full fat yoghurt. I rarely eat large amount of pasta, bread etc.....up until Thursday that is, I seemed to start craving it. I’ve started well today and I’ve said to myself ‘I can do this just for today’ then hopefully I’ll say the same tomorrow. I know I can as I’ve done it for nearly 4 months.

TheAwfulToadMaintainer in reply to Shelley2310

If you're not eating a whole lot of starchy carbs (which is a good thing), then you need more fat. If you're not fuelling up on one or the other, you're literally running on fumes, so it's not really surprising your body is screaming out for nutrients by the end of the week! There's only so much willpower you can throw at it.

I assume you've got plenty of veg on your plate already, so try adding a some natural fats back into your life - most people like butter and Greek yoghurt, for example, and eggs are always a good standby. Generally, it's better to avoid things that have had fat artificially removed: they invariably have other rubbish added to maintain the original mouthfeel or flavour.

You don't need to force your body to survive on stuff that it knows isn't good for you. Trust your appetite. If your appetite is making you eat weird things, it's because something is amiss.

Thank you, I’ll go out shopping later and replace the fat free etc. I’d rather use extra calories and be healthy. I’ve got my mindset back 😊

ConcernedAmbassador in reply to Shelley2310

This is no reflection on you; I don't know how they are allowed to promote any skimmed-milk products as natural? What cows give low-fat milk? Going off on a rant again, the insulin index rating for whole milk is 24, for skimmed-milk it's 60; two and a half times the insulin stimulated. Just one more reason insulin-resistance is prevalent in our society.

The positive of this is that whole-foods are better for us; follow the ICS-NHS DPP or Public Health Collaboration examples, and don't cut the fat just watch your portions

Are you getting enough food to meet your body's carbohydrate needs?

TheAwfulToadMaintainer in reply to Concerned

re. low-fat cows: they're working on that. There was some nonsense a few months ago about a "sport" (genetic freak of nature) that emerged from some guy's Jersey herd, completely at random, which the pundits are hailing as a breakthrough for public policy: clone that cow and everyone can be effortlessly miserable and diabetic ... erm, I mean "healthy".

IndigoBlue61Maintainer in reply to Shelley2310

Could you put the offending items away in a box in a cupboard? I find this really helpful, out of sight out of mind 😊

I’m not sure why I’m suddenly eating everything in sight. Since I started healthy eating I’ve been so pleased with myself, yes I’ve had the odd pig out meal but that’s been it and back on it straight away. I’ve drawn a line and started again today. Fingers crossed I can last the day, that’s my goal today.

Thank you, I’ll go out shopping later and replace the fat free etc. I’d rather use extra calories and be healthy. I’ve got my mindset back 😊

Here you go... You've already drawn a line under your temporary overindulgence. Life is a constant series of starting over. You're worth it!

Thanks, if I hadn’t posted on here I wouldn’t have been able to.

I’m 73 , have been diagnosed as osteopaenic and have Achilles tendonitis from running couch to 5k...

cooking is the last thing on my mind. Just need a kick to stop me and get me on the right track...

Hope this helps motivate someone...

people who have said they are losing motivation... well, I just hope this post helps motivate at...