I'm currently awaiting the results of a temporal artery biopsy. My ophthalmologist feels that I don't have gca as my bloods have come back normal.

I've recently started with severe cramp in both legs and feet and spider veins below the ankles.

My local rheumatology Dept had just informed me that they are no longer taking new referrals so I'm feeling a bit lost. 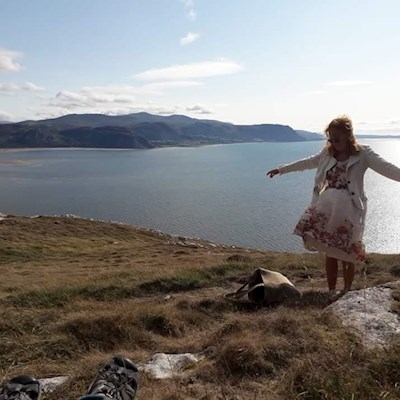 Linda3009
To view profiles and participate in discussions please or .
Read more about...
14 Replies
•

Sorry you are feeling lost. That happens to many of us. As you may know, a temporal artery biopsy may not be accurate; unless the surgeon catches the right piece of artery on the right side of the head, it could come back a false negative ( or positive); there a certain number of people with GCA who also have polymyositis rheumatica (PMR) which does cause leg pain . There is no definitive test for PMR, but doctors look for elevated CRPs (C-Reactive Protein) and Sed Rates. GCA and PMR ondit also go together in many people, but not always.

About 20% of people with these conditions have normal numbers on blood test so normal bloods don't rule these conditions out. I did not have a high CRP until a few months ago, and I am into my 3rd year of this. And yes, I had leg pain. But leg pain or cramps could be due to so many conditions.

I hope your Dr. put you on a trial dose of prednisone, b/c GCA can cause blindness.

It would help members of this forum, if you would be more specific about what symptoms led up to your biopsy. But be warned, normal blood markers don't rule out anything!

You should seek a referral to a qualified rheumatologist with experience in diseases of vasculitis which encompasses many sub-classes of diseases of the blood vessels.

Broken capillaries happen to a lot of people as they age, particularly around the ankles; I have them and don't think they are related to my PMR, but I am not a physician.

If there is any question about these diseases, you will need an experienced physician in vasculitis. These diseases are like going down the Rabbit Hole in Alice in Wonderland.

In time, you will have more responses from other members. Good luck!

I should add that too many physicians place too much emphasis on blood number results when they are normal. Because normal doesn't necessarily mean normal.

Linda3009 in reply to Christophene47

I agree that the whole reliance on getting the right number from a blood result is flawed.

I worked in hospital pharmacy for many years and we learned to take a wider view of results.

I agree that rheumatology should probably be my next step but will need to go back to my GP for a referral to a hospital in another town.

Incidentally, there's a full run down of my symptoms etc in my profile...

Christophene47 in reply to Linda3009

I hope you can get a rheumatologist who has experience in vasculitic disease; I am fortunate in the US ; I don't need a referral and can make an appt with whoever I want; there are a few drugs and procedures that need pre-approval, but not usually a problem. Good luck to you.

Just spent a night with cramps in my feet and lower legs, so know just how you feel.

And the rest of your story sounds familiar too! It took me nearly three years to get a diagnosis of Large Vessel Vasculitis (LVV) and even now the name depends on which doctor I see at the clinic. Some use Takayasus as I’ve now traced my symptoms back a long way, others call it GCS...LVV covers it best.

It took so long to work out for the same reasons as you-my temporal biopsy was negative and my blood results are ‘relatively normal’, but my symptoms are not! In 2012 I finally collapsed completely, was totally exhausted and got taken seriously. Steroids, and eventually rituximab gave me back a reasonable life, but this spring I’ve flared and been back on the sofa and endlessly tired and my brain has been a fog.

It’s tough - you have to learn to put your case however awful you feel, and to be really persistent. I’m lucky, I live within reach of Addenbrookes and they’ve been great, but a new GP has been dismissive ‘your bloods are fine, nothing more I can do’!!

So you can have GCA with ‘normal’ bloods and a negative biopsy result, and need to keep asking questions. Good luck.

Linda3009 in reply to BronteM

Although I'm sorry to hear that you're having cramp again, I'm relieved that I'm not alone!

It's challenging to have to fight your corner when you're not feeling 100% but it looks like this my only option just now.

I work in pharmacy (in primary care) and have a reasonable grip on medical matters. I find it so frustrating to be dismissed because the numbers on a blood test aren't high enough.

Finding this forum has been a great help.

BronteM in reply to Linda3009

It’s also irritating that a diagnosis of GCA is dependent on whether you are over/under fifty!

My diagnosis came after I’d collapsed so completely that I finally got to see a consultant who looked inside me using ultra sound and scans. He was prompted by my complete lack of pulses in either arm and totally random blood pressure readings. The ultra sound showed six or seven blockages in both arms and partial blockages in the blood vessels across my shoulders. You can hear them...they make a classic bruit sound if you listen with a stethoscope! The blockages in my arms are surrounded by a network of capillaries that have obviously taken a long time to grow, but have meant that the Reynauds, pins and needles etc that I've suffered from for years have been fairly mild. A PET scan showed up all the areas of inflammation, but they are quite hard to get, so now I have an MRI every two years which shows up the damage pretty well.

It would be worth checking your blood pressure in every limb. Mine vary considerably....my left arm is worst so that is about 15/20 points lower than my right. Since treatment my pulses are back, but again much weaker in my left arm.

Hadley1234 in reply to BronteM

Your life sounds similar to mine, I have GCA...LVV .. PR....I have been on a large dose of steroids since January weaning down to 7mg at the monment I have been on Methotrexate, which gave me too many side effects, Tocilizumab which was injection in the stomach I had 7 then an allergy rash came up on the 8th injection, so am now waiting for another drug to have, my worst complaint is the exhaustion, I have to really push myself , I sleep 10/11 hours a day, a good thing I have found for pain is Advanced Turmeric Capsules, I fine them very good . take care hope you feel better soon.

BronteM in reply to Hadley1234

Thank you - it does sound similar. I’ve been reasonably stable for the last five years and got down to 5 mg of steroid. But I’ve just had to go back up to 25 mg for a flare and am working my way down again.

I’m interested in your experience with Tocilizumab as I’m about to start that in a week or so. After producing amazing rashes with methotrexate and cyclophosphamide, I’m a bit nervous!

Hadley1234 in reply to BronteM

Hi I was told I was the only person to come out in a rash with it at Addenbrookes Hospital, so you may be one of the lucky ones, it was the only side effect I had, but they said it is an allergy to it ….goodluck

I’ve been on Actemera for 8 years. I find the infusion works better for me than the injection. In the infusion, the nurse can control how fast I’m getting the medication as opposed to the injection, which I had reactions to. I do the infusion every 4 weeks with pre-meds of Benedryl, steroids, and a medication called Kytril to help me not have severe nausea and vomiting. I am also on Xolair injections for hives, redness, and swelling. I get Xolair every two weeks. I recently had a bad flare , and haven’t been able to wean off prednisone under 10mg a day for the last year and a half, so my immunologist is putting me back on methotrexate along with my current meds. I reallly hate methotrexate, but it does seem to work for me. So here I go again....

Good luck - it really does show up that medicine is not an exact science. My first toculuzimab is meant to happen tomorrow and I do need something. Aching all over and the first headache for more than 5/6 years.

Have you found the PMR/GCA site PMRAuk by pressing the dotted square above? A lot of good and knowledgeable people there too.

GCA is the most common form of vasculitis!

couldn't feel my arms. They came right after about a minute but later my legs started to feel numb...

vasculitis leukocytoclastic in the beginning of november. I'm doing prednisolona since that time...

Hi. I have been diagnosed with GCA of the Aorta. Can anyone tell me the difference between this and

anyone have any remedies for severe cramp in their feet and lower legs? I suffered footdrop due to...

No Need to Self Isolate with Covid after 24th March?

Granulomatosis with polyangiitis and nose bleeds