Fluctuating Antibodies??? : Hi everyone. As some... - Thyroid UK

As some of you remember I’ve been trying to get an official diagnosis of Autoimmune hypothyroidism (Hashimoto) as the Gp only wrote subclinal hypo so far.

My problem is that I’ve done blue Horizon test and I was positive for TG antibodies but negative for TPO.

But when the NHS tested the same antibodies about 1-2 weeks later they were both negative. And now the GPs I have been seeing at my new practice are sort of backing down slightly from the Hypo situation as they keep mentioning my antibodies are negative when they tested last in September and by TSH is barely high (4.9-5.63 and the blood test higher range is 4.4)

Can antibodies fluctuate that much this quickly?

If yes, is there any evidence you can link me with to that I can show the GP?

I was thinking of ordering a new full test but honestly I can’t afford it right as finances are very tight for the next few months at least.

I’ve been waiting for the Thyroid scan but hospital has re-arranged it a few times 😭.

but GP refused and asked blood test first and to ask my Endo 😭 - fine but need to wait another month or two while I feel fully crap!

Can you post your thoughts/opinions on this? Would really appreciate it! 🙂 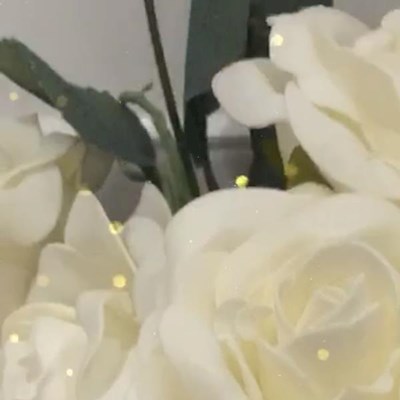 OudMood
To view profiles and participate in discussions please or .
Read more about...
19 Replies
•

What vitamin supplements are you currently taking

When were vitamin D, folate, ferritin and B12 last tested

Are you currently taking Teva because you are lactose intolerant?

50mcg levothyroxine is only a starter dose, but you do need to wait 6-8 weeks after each dose change or brand change in levothyroxine before retest

It seems like my Gp just thinks that I’m subclinical 😑

It doesn’t help that my T4 and T3 where still within range at my last tests.

Vitamins were tested back in September and all were in the high side of the range minus vitamin D and folate(which has been a problem for a while. I have been supplementing with 4,000 iu vit D3 daily since, so the vitamin D should be to a decent level I’d say).

No, I have been sent Teva by the pharmacy on my first prescription and the advice on here it was to try it and see how I get in.

I really quickly noticed that if I take it at night I feel extremely hungover and tired 🥱 in the morning to the point that I cannot wake up. (Which was how I felt at the worse of my symptoms).

Yes, all tests have been done as early as possible.

Provate test we’re done like 7am and NHS ones 8am.

And now the GPs I have been seeing at my new practice are sort of backing down slightly from the Hypo situation as they keep mentioning my antibodies are negative when they tested last in September and by TSH is barely high (4.9-5.63 and the blood test higher range is 4.4)

You don't have to have high antibodies to be hypo. There are many other causes of hypothyroidism. And, yes, they can fluctuate enormously. I don't have any links to hand, but I'm sure if you googled that question a lot of stuff would come up. Most patients have that knowledge, even if doctors don't!

Doctors may think a TSH of 4.4 is 'barely high', but a euthyroid TSH is around 1, never over 2 - over 2 means your thyroid is struggling - and you are hypo when your TSH reaches 3. There are graphs showing that, but I can never remember where I put it! Hopefully someone else will come along and give you a link.

Thanks grey goose. So how would a doctor distinguish between Hashimoto and other types of Hypo? Or is it like slow dragon said that it is a given based on my Type 1 diabetes? (Which I think honestly should be 😅).

Because all the GPs I’ve seen put a lot of emphasis on the antibodies.

I know full well thanks to your, helwella, slow dragon and many other informative posts that while on treatment you should aim for almost “suppressed” TSH. (And yes I know you can’t be hyper if you’re hypo. One GP said that and I rolled my eyes 🤣🙊🙊🙊)

Well, usually Hashi's is diagnosed by high antibodies, it's true. But, about 20% of Hashi's people never have over-range antibodies. And, they are diagnosed by an unltra-sound of the thyroid, when the damage becomes visible.

It would be very odd if you didn't have Hashi's, given that you have autoimmune diabetes, but odd things do happen. So, I really wouldn't say it was a given. But it's more likely than not.

But I have to say, the majority of GPs - and endos, come to that - have no idea what they're talking about, when it comes to thyroid.

OudMood in reply to HRH8591

I love that question!I was thinking the same actually… since I’m meant to have a US soon 😅.

I'm afraid I can't answer that question. I've no idea what it looks like. But those that do the test would recognise it. Myself, I have Ord's, which is Hashi's without the goitre, and what happened to my thyroid was that it shrank until there was practically nothing left on the ultrasound. But, Hashi's would look different.

Thanks, I have high antibodies (both sets) and thyroid nodules but other than that I am not sure. I had surgery but they didn't say anything more about my thyroid.

Parathyroidectomy and thymus removed (in part or entirety, can't get clarification)

Ah OK. Don't know anything about those.

Thanks. No. I wouldn't have expected you to. Just thought you might know what the changes were to the thyroid for Hashi's.

PurpleCat71 in reply to OudMood

When I was diagnosed with Hashimoto´s 22 years ago, apart from high antibodies, I also had an ultrasound which showed a thyroid gland of normal size but brighter in colour than a healthy gland. The doctor explained this was caused by cells not being filled with hormones the way a healthy gland would be. He said a healthy gland would be mostly dark grey (cells filled with hormones) with some brighter fields in between (cells waiting to be filled with hormones), whereas my gland was almost completely bright grey, with only a few dark spots, so the opposite to what it was supposed to look like. It made sense to me at the time, but I have never heard about anyone else being diagnosed that way so not sure now what to believe. The doctor in question was an endo specialising in diabetes...from what I have read later, the purpose of the ultrasound is to determine if there is a goitre.

I have only been on Teva for just over 4 weeks and will be doing the blood test soon.

And unfortunately, I just can’t afford testing privately for a few months ☹️

Just to clarify, TSH has not been tested since September 2021 and I’ve only been given Teva in December 2021.

Come back with new post once you get results

I am due a New prescription by the pharmacy and doc prescribed for the next 3 months. Can I ask them a different brand? Or will that cause issues for the blood test in 2 weeks?

"It seems like my Gp just thinks that I’m subclinical 😑

It doesn’t help that my T4 and T3 where still within range at my last tests."

Just to clarify the NHS meanings : 'Subclinical hypothyroidism' ~ TSH over range while fT4 is still within range. (if there are symptoms, and they have seen 2 x over range TSH tests 3 months apart ... then they can consider giving Levothyoxine without waiting for fT4 to go under range)

'Overt hypothyroidism'. ~ TSH over range and fT4 under range. (they will always treat)

Raised TPOab ~ if these are positive, it shows the cause of the hypothyroidism is autoimmune ...... but the only difference it makes is that in a 'subclinical' patient , if they are unsure whether to start Levo , these positive TPOab reassure them that the hypothyroidism is almost certainly going to get worse due to ongoing autoimmune damage and levo would be needed eventually anyway.

But you have already been prescribed Levo without evidence of antibodies ....... so having positive TPOab (or TGab) to show the GP will not change anything about you treatment. They would only be useful as evidence if they changed their mind and wanted to take you off Levo, but that is very unlikely to happen because you are diabetic .so they already know the autoimmune connection.

Even if they did find raised TPO antibodies, you would still be diagnosed as 'Subclinical hypothyroid' , and it wouldn't make any difference to your NHS treatment.

The only way to be diagnosed as 'Overt hypothyroid ' would have been to wait longer (many years probably) until your fT4 also went under range , before seeking any treatment .

So ... you ARE 'subclinical ' and your medical notes will always have your official diagnosis as 'subclinical hypothyroidism'

This doesn't make any difference ... they agreed you need treatment for ' subclinical hypothyroidism' and have given it to you . . the 'subclinical ' bit is irrelevant once you have been diagnosed and treated .

Even if they do find positive antibodies , the diagnosis will still be 'subclinical hypothyroidism' . They don't often write 'autoimmune' (or hashimoto's)

So there is no need to get TPO/TG antibodies rechecked as 'proof' , unless it's for your own peace of mind.

Some people have awful symptoms when 'subclinical', but some others can be overtly hypo and not have any bad symptoms ... it's just because we are all very different.

'Subclinical hypothyroid' is not a lesser diagnosis than 'hypothyroid' it's just a term to describe whether you fT4 is still in range or not .

'Autoimmune hypothyroid' (hashimotos) is not a worse diagnosis than 'hypothyroid' . it just means that the reason for the hypothyroidism has been proved. but it doesn't get you anything different in terms of treatment from the GP.

but following a re-test, was found to have normal TSH and high TPO (TGAB was not tested this time...

RAI please my endo says side affects are not a problem as they monitor you with blood tests I see...

understand why my diegstive symptoms fluctuate so much and how they can still be so bad while other...

asleep at the table. I asked my endo for advice. He recommended HbA1c test but it came back normal...

Over the last 2-3 months my hypo symptoms have become variable. My endo and GP dropped my levo to 87