Despite taking tirosint my tsh is still rising - Thyroid UK 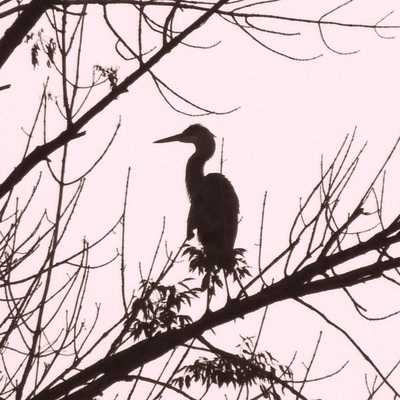 Bobbobby
To view profiles and participate in discussions please or .
Read more about...
10 Replies
•

Standard starter dose of levothyroxine is 50mcg (unless over 65 years old).

NHS guidelines on Levothyroxine including that most patients eventually need somewhere between 100mcg and 200mcg Levothyroxine.

Bloods should be retested 6-8 weeks after each dose increase

For full Thyroid evaluation you need TSH, FT4 and FT3 plus both TPO and TG thyroid antibodies tested. Also EXTREMELY important to test vitamin D, folate, ferritin and B12

Recommended on here that all thyroid blood tests should ideally be done as early as possible in morning and before eating or drinking anything other than water .

This gives highest TSH, lowest FT4 and most consistent results. (Patient to patient tip, best not mentioned to GP or phlebotomist)

Medichecks often have special offers, if order on Thursdays

Thanks. Im in the states and having a hard time getting a hold of my doctor. I'll mention the vitamin test too. He not the lab mentioned any of the things you said about the blood work. Had I known I wouldn't have eaten before etc. They said it was ok too. Hopefully they can figure this out. I'm having all kinds of problems severely impacting my life

Well just a guess but I’ve read that when starting medication it completely shuts down your thyroid that has been limping along so you more than likely will need increase in meds to compensate for a completely shut down thyroid. As you raise as your doctor advises it will get better in time but you will always need to replace what your thyroid can’t do anymore

SlowDragonAdministrator in reply to Gigi216

Exactly...levothyroxine doesn’t “top up” a failing thyroid output...it replaces it ...so dose needs stepping up until on full replacement dose, in most cases

Bobbobby in reply to Gigi216

Thanks for clarifying that. I asked him and he just it gets worse to get better but didn't elaborate!

13mcg is an extremely tiny dose. I don't think I've ever heard of it on the forum before. 50mcg is a standard starting dose, but sometimes people are started on 25mcg if they have other illnesses or an over-cautious doctor.

These micro-doses tend to harm more than they benefit - it's enough to disrupt your body's own regulation, but not enough to give any meaningful replacement.

It's very common to feel worse on doses up to about 50mcg, then more likely to get some improvement once the dose is raised. Ideally you should be having a blood test every 6 weeks and a dose adjustment by 25mcg each time.

It can easily take 6 months from starting on thyroid hormone replacement to feeling better, and that is for people who are both lucky and get good treatment. Because you've been started on very low doses it will likely take a bit longer.

I'm in the States too, actually. I can't really offer good advice on TIrosint simply because I was given it when I shouldn't have been. I was on Armour Thyroid 60mg for decades, then ended up with my thyroid removed in 2015 (which I think was created by very poor hormone administration) and the encologist decided to "switch me up" and thought I would "like" Tirosint. Was a HORRIBLE decision because that's when my TSH went nuts and I felt terrible. Turned out my body doesn't convert T4 to T3. Every doctor has been screwing around with me and my meds ever since, incl. prescribing hydrocortisone, my body no longer knows what it's doing. I was again having TSH problems over a year ago and she decided to give me Synthroid in addition to my Armour. My TSH came down, but is still slightly high...4.something, BUT I'm still not sure if it's taking BOTH meds that helped trigger A-Fib 5 weeks later. I'm still in bad shape for all kinds of reasons and totally don't know what to do about the thyroid meds. Good luck! :/

Sheesh. These doctors are ridiculous sometimes. The reason my starter dose was so low because the last doctor tried armour and levothyroxine and they both made me horribly ill. No matter how small the dose my blood pressure would sky rocket to dangerous levels. I would vomit and get fierce anxiety. He wouldn't believe me and kept telling me to take it. I missed a ton of work and finally gave up medicine for a year but go so tired and sore I had to get a new doctor.

Dear God *sigh* I know one thing my doc prescribed was Naturethroid...my body didn't seem to be happy with it, but maybe that's a possibility? I just don't know *sigh*

Why is my TSH level not rising despite a significant decrease in T4 medication?

diseases which all came back negative. He agreed to allow me a trial of T3 if my TSH level rose...

What causes TSH to rise while still on thyroxine?

this month and feel as if I'm 80. GP is useless....whole surgery was rated inadequate last month,...

managed to get a blood test after a gap of 11 weeks and as I suspected my TSH has risen again to...

Elevated TSH despite its suppression

T4 and normally my TSH level is 0.5 or below. In two recent blood tests my TSH was around 6mcUI/ml,