A Dutch study finds FT4 in the top 20% of range in euthyroid and thyroid patients increases the risk of AMD by 1.34 but no association with suppressed TSH. The study is linked at the bottom of the interview linked below.

I doubt 1.34 is a significant risk factor but maybe, if the research is validated, instead of prescribing high doses of thyroxine for conversion, T3 could be added which would lower FT4 and ensure sufficient FT3. 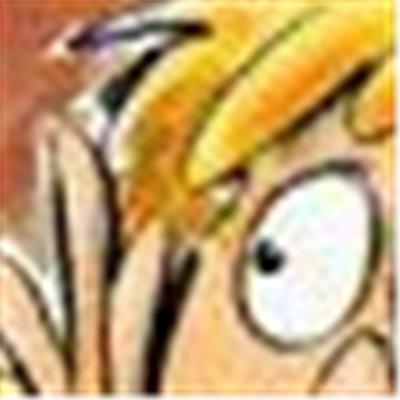 Clutter
To view profiles and participate in discussions please or .
Read more about...
12 Replies
•

As usual we (mainly you) always know what would be best Clutter.

But I am sure they would only want to add T4 even if it does encourage macular.

Ok, the report says high levels of t4 linked to Macular degeneration, but its not related to levels of tsh.

Clutter in reply to galathea

galathea in reply to Clutter

Not proper research then , is it. Why are they only doing half a job. The results certainly cannot be relied upon.

If some doc said they were going to lower my medication because high t4 ruins eyes, I would just ask for t3 to Make up for the lack of t4. If the doc replied that t3 would also ruin my eyes, how would he be able to prove this if it hasn't even researched?

The research is just a pile of dog poo really, isn't it. .. But no doubt one which the endocriminologists will pounce upon in order to lower dosages.

galathea in reply to galathea

Ooohhhh... I am of a mind to write to the man who undertook the research. To ask if t3 causes problems too...

Isn't this the sort of thing the charity should be querying? Are there any plans?

Clutter in reply to galathea

Galathea, It would be interesting if they'd included FT3 but as so many doctors don't think FT3 is important perhaps it's not surprising researchers don't think it important either.

I don't work for TUK so I have no idea whether they have seen the research and, if they have, whether they see it as their role to challenge every piece of research published.

greygoose in reply to galathea

Absolutely agree, G. They say "This implies an intrinsic effect of thyroid hormone in the pathogenesis of AMD." Aparently, they think that the only thyroid hormone is T4. Not a single mention of T3. So that suggests to me that they Don't know very much about thyroid to begin with.

How do they know the patient is converting? Could it not be that the patients with high FT4 were not converting so their FT3 was very low, and it was the low FT3 that was causing the damage and not the high FT4?

I find this highly suspect! I Wonder who paid for the research... How do you find that out?

galathea in reply to greygoose

Maybe we could write to the researchers and ask?

greygoose in reply to galathea

Where would you write to them? It might be a good idea, there are so many unanswered questions. I think it's irresponsible to make public such inadequate, incomplete 'research', and get people worried - possibly for nothing. I Don't understand the reasons for doing that.

galathea in reply to greygoose

Doesn't this charity have medical advisors who can tell us where to contact the researchers?

Will drop a note to Louise, She will know.

I doubt they will give T3, just lower doses of T4 and leave the patient to suffer. That's how it usually works.

Clutter in reply to greygoose

GG, I think you're probably right for thyroid patients. Most euthyroid patients won't have FT4 tested so they won't even be considered to have an increased risk.

FT4 level too high for an increase

healthy adrenals. If you have low FT4 and a mid-range or slightly higher FT3, it usually means the...
•
32 Replies

Drop in FT4/FT3 and TSH after levo increase

from my FT3 result that I need to increase levo further, but after this fall in FT3 and FT4, I'm a...