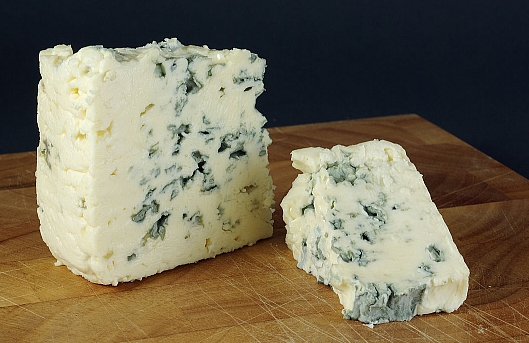 Most of my life I have been subjected to a barrage of advice saying to eat a low fat diet. To an avalanche of foods where various sugars and starches (and other weird and wonderful ingredients) have attempted to replace fats. Alongside that we have seen soaring rates of vitamin D deficiency (sometimes sounds like Victorian slums), and type 2 diabetes. Now let me think...

Good to see some slightly more interesting research. Hope it turns out to be part of the turning point.

People who consume high amounts of high-fat dairy products have a lower risk of developing type 2 diabetes, according to research presented at the annual meeting of the European Association for the Study of Diabetes in Vienna, Austria.

The protective effect was not seen with low-fat dairy products, and meat intake was associated with a higher risk for type 2 diabetes, suggesting that fats specific to dairy products could be key in preventing the disease, researchers believe.

“Our observations may contribute to clarifying previous findings regarding dietary fats and their food sources in relation to type 2 diabetes,” Ulrika Ericson, PhD, of the Lund University Diabetes Center, Malmö, Sweden, said in a press release. “The decreased risk at high intakes of high-fat dairy products, but not of low-fat dairy products, indicate that dairy fat, at least partly, explains observed protective associations between dairy intake and type 2 diabetes.”

More by following link above.

helvella
Administrator
To view profiles and participate in discussions please or .
Read more about...
33 Replies
•

gabkad in reply to Spareribs8 years ago

That's interesting! After a Food Intolerance Test where dairy is fine I'm eating more eggs and yoghurt and the yoghurt is made with Channel Island cream! I don't appear to have nudged closer to Type 2 diabetes but I'm also continuing to lose a little weight! May be a little bit of what you fancy does you good! Seriously though it's good more research is being done but also a little worrying about what else we may have been misinformed about albeit in good faith.

greygoose in reply to silverfox78 years ago

Well, salt for one thing!

And a little of what you fancy might do you good, but fat certainly does!

If you look at the hormone cascade fat is right at the top (cholesterol) -the body NEEDS fat to make all its hormones. I've been eating Paleo for a very long time now, I'd recommend that people with thyroid problems check out the paleo diet and the autoimmune paleo diet. Fat is not the enemy, it's sugar and simple carbs!

Pepekins in reply to Girlscout28 years ago

Absolutely right! The western world has been 'conned' leading to unhealthy, fat people. Low fat foods and simple carbs and sugar need to be reduced not butter, eggs cheese etc.

And of course...butter has fat soluble vitamins A, E and K. Cheese and yogurt have essential vitamin D!

I have started to reintroduce some butter and coconut oil into my diet......yummy.

I was on a low fat diet all my adult life in an attempt to keep my weight down, it didn't work! I consume butter now, any cheese I want and I haven't had any weight gain. My skin isn't so shriveled up either. I love dairy, I balance it all with good fats.

Life is short, sugar is the baddie though.

We have now gone back to whole milk instead of half fat milk, back onto using butter instead of margarine, we keep away from anything that says 'low fat' or 'diet' and now use the Himalayan salt liberally along with the Virgin Coconut Oil instead of cooking oil.

Ditto - there should be a TV programme showing people the dangers of low fat! probably be sued by the billion pound low fat food manufacturers.

There will be one day Pepekins give it time

Have to say if one more person says 'eat less and exercise more' I will punch them in the face!! Never been a fan of low fat diets, seems to me that you need all the vitamins and minerals you can get and that means eating a balanced diet!!

It really makes me sigh. Many people have known that low fat high carb diets made you fat and insulin resistant since the 1980s when they became all the rage. I eat a fairly high fat diet (though only coconut oil and avocado are saturated as I'm a veggie) and my cholesterol is 3.8 (perhaps too low for making hormones, I'm not sure) and my not quite fasting (but almost) blood sugar is 4.2. All those nasty inflammatory polyunsaturates they try to encourage us to eat should be avoided, too.

Your cholesterol levels have little to do with your diet. The majority is made in the liver.

That is one of the reasons people should have seen low-fat diets for what they were - a big fat con!!!

Exactly, that's why it's all so illogical and stupid.

Good job I never listen to anyone and just do my own thing! lol I confess I did take skimmed milk when I drank tea, but that was because I prefered the taste. Full-fat just doesn't taste like it used to when I was a kid. It tastes really ikky to me. But now I don't drink tea anymore, so no more milk! But I wouldn't eat a low-fat yoghurt!!! And low-fat cheese is just a joke! lol

Yes - I switched to semi-skimmed many years ago for exactly that reason. Never have really liked cream or full fat milk.

However, I did switch to full fat goats milk some time ago and use that on my cereal (about the only milk consume other than a splash in mash). That I like. I do consume cheese, some yogurt, etc. from cow sources.

greygoose in reply to helvella8 years ago

Oh, mash is much better without milk, just oodles of butter. The milk makes it... I don't know, takes the richness out of it.

Wish I could get goats milk here but... Used to be a goat farm just up the road, but it's gone now. So sad.

However, we can get goats cheese! I love toasted goats cheese and lardon salade. It's wonderful! lol

greygoose in reply to helvella8 years ago

I've just bought six litres of goat milk from my local supermarket! A new venture for them. Unfortunately, it's not raw and it's only half cream, but you can't have everything!

Taste takes a bit of getting used to, though...

I think that's because it homogenized. If you get it from a farm that does raw milk, it works like it used to - cream at the top and nice milk underneath.

Yeah. Sigh. I remember. lol But where do you find a farm that does raw milk??? Not in France, I think. You can get raw butter, but I've never seen raw milk.

If there is raw butter, there must be raw milk or there wouldn't be anything to make the butter with. Apparently there are already raw milk vending machines in France, and that includes a supermarket chain.

Yes, I've heard that rumour! Dr Mercola, was it? lol He also maintains that everyone in France has a toilet which washes your behind. I don't think he knows anything about France!

I realise that to make raw butter you have to have raw milk, but that does not necessarily mean that they sell the raw milk. As I said, I haven't seen any.

Perhaps only in certain areas. I have seen photos of them. Shop said Gaec de Monchazel 43230 Chassagnes. Don't know if that is anywhere near you.

We are supposed to be getting those vending machines here, but I haven't seen any. But we have a Jersey cow farm that does it.

you can from a farm in Herefordshire

Yes, but Herefordshire is rather a long way to go for milk! lol I live 45 km north of Paris.

However, my local supermarket has just started selling goats milk!!! How's that for progress? lol It's not raw but, you can't have everything.

humanbean in reply to greygoose8 years ago

I started using skimmed milk 30 years ago because of the low-fat hype and have been using it ever since. I've tried switching back to full fat milk a few times but I just can't stand it in tea and coffee - it tastes so different, and the texture is greasy.

Luckily, I eat full fat yoghurt and butter with no problems at all!

greygoose in reply to humanbean8 years ago

Oh, butter is wonderful! lol I often get the remark : would you like some toast on your butter!

Not I! I love full fat dairy products..mmm.

Brought up on a dairy farm with Guernsey cows we had oodles of very creamy unpasteurised milk. When we had to have bottled milk we thought that is was disgusting, just like chalk and water.

The cream we had from our milk was just that, cream and our butter was a really deep yellow; not at all like the stuff one buys. Regrettably I no longer reside on a farm and although I still have my butter pats I no longer have the rich milk from our own cows to make butter.

Its all such a lie, its very upsetting. Low fat diets are dangerous, but of course its a multi billion pound empire makeing low food stuffs... so its promoted all the time. Saturated fats you eat DON'T DON'T covert to cholestrol and in fact if not eaten in excess are very good for you. Please try and read a book called Nourishing Traditions by Sally Fallon, it will explain far better than I can. There should be million pound law suits flying about because of this lie which has been bandied about for years and has caused misery and ill-health for so many people. Never eat margarine or low fat spreads, eat butter, eggs, cheese the fat on meat (all in moderation of course) nobody wants to get fat. People I see buying low fat foods usually are fat, and that's the way they will stay eating that CR.. You don't even need buy this book, do your own research...x

Just a little hands up re thyroid and diets.

cause and trigger for thyroid disease. Especially low fat or very extreme. My own thyroid issues...
•3 years ago
46 Replies

for the better part of a decade” and a diet of “low-fat, mostly plant ‘healthy’ eating”. “I avoided...

carnivore diet. I first of all had a few weeks on low oxalate foods, but there was still a period...

Totally fat, fatigued and fed up!!