Found this in the supermarket: Taking a new drug... - IBS Network

Taking a new drug at the moment that causes constipation in some patients, so decided to be pro-active a get a laxative to take daily. Came across this local product at the supermarket:

Always skeptical so looked up it's two main ingredients and was surprised to find some good studies had been done. So am going to give it a try. 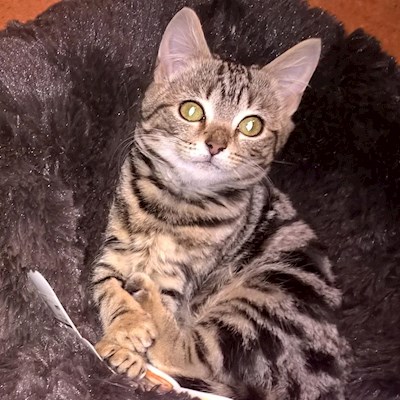 Kilgh
To view profiles and participate in discussions please or .
40 Replies
•

Let us know how you get on.

Kilgh in reply to Maureen1958

Well, despite it stating that it doesn't cause cramps, within hours I had cramps. Considering I almost never have cramps of any kind I think it is safe to assume this is no coincidence. I did have a normal bowel movement I can't say whether I wouldn't of had the bowel movement anyway today but without the cramps.

Either way a whole day of bowel spasms...not worth it.

Left a message on their website asking if other takers have experienced this.

Maureen1958 in reply to Kilgh

Oh that's a shame, it's sole destroying isn't it. No matter what you try, it doesn't do what it says on the label.

Kilgh in reply to Maureen1958

Hmmmm...oh well. It was only a pro-active experiment. It might be fine for others. Just looks like my system is too sensitive.

may i ask if you don't mind ..what is the new drug that causes constipation ??

Kilgh in reply to Eternity78

How's it going? I don't know if it's the drug or the horrible humidity right now here, but I feel like sleeping all the time.

Oh, good, not my imagination then. I must say, the Phloe certainly woke me up! lol.

Eternity78 in reply to Kilgh

Ohh yeah ..just remembered that i asked you before about it and found out it was banned due to abuse by teenagers ..brand name here Lyrica ..found the news on twitter but i'll check if it can be given by a doctor's prescription and supervision ..which is hard anyways with doctors ..you have to be nearly dying in order for them to be convinced to prescribe you something as strong as Lyrica !!

I live in the States..no problems here..

So not going to make the joke that immediately flashed through my mind when I sw your post. lol.

Eternity78 in reply to Eliana5

yeah you're lucky ..that many of the drugs banned here are available and in reach in the states ..like for example ( Lomotil ) which is a stronger than imodium for diahrrea is strictly banned here in my country claiming that ( it can cause addiction and abuse ) !!

Eternity78 in reply to Eliana5

is there dangerous side effects of Zofran that made it to be withdrawn from the market ??

Yes, it was pulled due to cardiac concerns..

Kilgh in reply to Eternity78

It has only just been subsidised here. But no restrictions on drugs here except cost. The government can be very stingy with new or uncommon drugs. But at least they are cheap once they are approved.

This is interesting, and will do some further reading on your links. I saw that one of the main ingredient is "Kiwi Fruit" I did buy a product online called "Kiwi Cleanse" but it didn't help me. I have also eaten Kiwi fruit..no help. Please keep us posted

Ooh..not so sure about this..article States a study group in clinical trial noticed an increase in constipation. Looks like another Probiotic in an overwhelming array of probiotics..have paid so much money with probiotics, different strains, B-infantis, Acidophilus, etc..but no help unfortunately. I think I fared a bit better eating yogurt with strains in it topped with Granola (Yogurt Parfait)..

Yeah, I don't really believe in probiotics. It just happened to be in the mix of this product. I was more interested in the "gentle, non-painful" claims.

Same here..I just went to have a movement every day. No cramping, runs, bathroom all day. No laxative. Just something gentle and natural..but I have searched and searched..no answers. I have prayed..no answers. Doctors can't answer either. Now, I'm just left to thinking about either a warm mug of prune jiuce, pear juice or Apple juice..and I still may try that Rhubarb complex..

Being NZ, kiwi fruit juice is everywhere. I have never taken it for medicinal use. Just tastes nice. I wonder if your "cleanse" was a gimmick. Maybe just try plain kiwi fruit.

No..not really..there has to be something out there..maybe Magnesium Glycinate or Citrate..I can give it another chance..😕

I have the capsules..just have to have the nerve to actually take them..lol..

Don't let my failure here put you off.

Nah..you're fine. It's just me and my anxiety..gets the best of me sometimes..

I usually just take metamucil tabs with meals. I don't generally have any issue with it. Mind you I haven't ever come close to the max dose. So maybe I will up the dose of this instead. I shall research the rhubarb.

Let me know what you think. Someone who posts on here said they take it, had severe IBS-C and now have a movement every day..

Interesting on the Metamucil. Is that the one with Psyllum Husk in it? Where you have to drink a lot of water with it? Does it make you have a movement every day? I tried Konsyl..similar to Metamucil but with more fiber in it. Made stools too bulky..too large when you have a weak pelvic floor, so I find a low fiber diet works better for me. Tried Citrucel, Fibercon, Benefiber..helped a bit, but I never felt I was "fully" going..like I still had so much more left in me. And it also felt too bulky where it was too large. The only thing that seems to work..and well..for years is a stimulant..Senna. (Senokot/Senna-lax)..wish there was something that worked..instead of a weekly laxative. Stool softeners do very little if anything.

Honestly, I had a 14 year gap in my symptoms and didn't need to even track my bowel movements. Was in that blissful place where my bowel was not even thought of most days. So I was just taking the Meta Mucil (psyllium husk) for convenience and to supplement my not very high fibre diet. Harsh fibres are my enemy. And because it is gentle and doesn't cause the stop/start painful spasms I have had in the last 48 hours.

So I don't know if it was helping, or if because my gut was in a normal state it didn't care about my diet and just did it's thing anyway Meta Mucil or not.

And after research, the Rhubarb Complex on the net, does not have Glauber's salt in it. The only complex that medical studies suggest might be helpful has that salt in. The possible side effects of other mixtures sound worrying.

I saw that it has Aloe in it..which I don't know if too good for someone..I will read your link..thanks!

Update! Looks like it was indeed a huge coincidence that I started taking this drug right as a peptic ulcer began showing up. So Phloe might be worth giving a try once the ulcer is sorted. (If it is an ulcer...need gastroscopy for confirmation).

Found something that helps!

and Barrett to try and find some kind of natural remedy as I don't like taking medication all the...

Found this great study worth a read

Anyone found antihistamines trigger their IBS?

it up again I discovered that Ranitidine, which I take for oesophagitis, is also an antihistamine,...

natural oils and herbs. Seriously any issues and take a sip. It seems to have worked for years and...

Pain relief can I ask what pain relief people take . I suffe...