Does anyone know why Lactulose is not recommen... - IBS Network

Hi, I've just been reading the NICE guidelines for IBS and came across this:

"Laxatives should be considered for the treatment of constipation in people with IBS, but people should be discouraged from taking lactulose. [2008]"

Does anyone know why this is? The reason I ask is I've suffered from chronic constipation for years. It had got very bad a while back and I started using Lactulose that I had left over from a previous treatment. I took it for quite a while, at least a couple of weeks. Some time thereafter I developed IBS - I can't be sure of timings exactly, but one did follow the other. In fact, I am pretty sure I was actually TAKING Lactulose when I first started suffering, because my doctor said I should try a different laxative and gave me Movicol which turned my problem from suspected IBS-C to confirmed IBS-D!

I know they use Lactulose for breath tests - in SIBO testing? - so I'm wondering if I have inadvertently caused a bacterial overgrowth through using Lactulose. Does anyone know why Lactulose is not recommended for IBS sufferers? 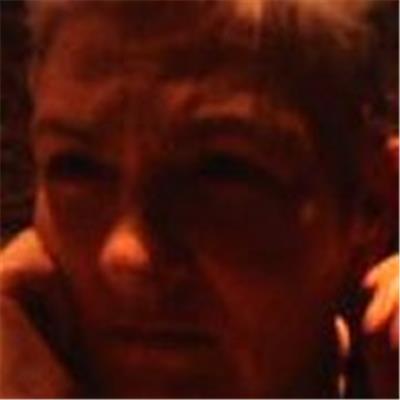 Chancery
To view profiles and participate in discussions please or .
Read more about...
24 Replies
•

It causes a lot of wind and bloating - which makes IBS symptoms worse.

Chancery in reply to binks

Thanks, Binks. I was really wondering if those symptoms were because it's feeding bacteria - which I assume it must be.

binks in reply to Chancery

In John Hunter's "Irritable Bowel Solutions", he says - lactulose is a sugar that cannot be digested in the gut and therefore passes all the way down the bowel, drawing fluid as it goes. As it is a sugar, it is fermented by bacteria when it reaches the large bowel and can then cause wind, bloating and discomfort. He rarely recommends it for IBS because of the wind and pain it causes. If you haven't read the book - it is very good.

Chancery in reply to binks

I've just bought the book, Binks, a day or two ago, I'm pleased to say. It looked really interesting in the Kindle sample. But yes, I thought that might be the issue. What concerns me is not so much that it's causing wind and bloating but that I've inadvertently fed the wrong kind of bacteria! Once you've got the little buggers ensconced they're very hard to shift!

Idalmis in reply to Chancery

Chancery in reply to Idalmis

Lots of people cannot tolerate Lactose with IBS-D I am certainly one of them, it is a natural sugar, and can trigger of pain and Diiarrhea. Wind , Are the docs still testing for Sibo , wasn't sure if they still did this . I was going to ask my Doc if I could have this test.?

Chancery in reply to Blue52

Yes, they test for SIBO (I just found out!), but it's not approved of in the NICE guidelines. That gives docs who don't want to do it, or who disapprove of it, a Get Out of Jail Free card - unfortunately.

I found it bubbled up in my stomach and made me very windy rather than helping. Personally wouldn't take it with ibs.

Chancery in reply to Bebs

I always found it very gentle and effective, Bebs. It just shows you. That said, for all I know it created, or contributed to, my current problems!

I assume it is because some people with ibs are lactose intolerant, or upset by milk products. It also causes gas and wind as it is fermented by the gut which is why they use it when testing

Chancery in reply to casares8

It is a different type of sugar from Lactose, although it's related, Casares, so not sure if it would be a problem with Lactose intolerance. But the fermentation part has to be right, doesn't it? That's what's worrying me - that I inadvertently fed a hostile population!

I personally find it invaluable, I have had IBS for 6 yrs now and find Lactulose the most gentle laxative there is, I suppose it every person is different to another but no, I have never has any adverse effects, completely the opposite.

Chancery in reply to Pat9

I liked it too, Pat. The Movicol my doc replaced it with gave me really bad dia' and cramping, and seems to have done some permanent damage, so that's not an improvement!

For me it has been a massive help, but you must take and drink plenty of water

Chancery in reply to brities

No, it's not Movicol, Brities, if that's what you're asking. Different kind of laxative altogether.

Use Swiss Kriss. At night. By morning you are good to go. Literally. Buy at GNC or other health food, drug stores. Took to my Dr. to make sure it was ok to use and it's absolutely fine. Works better than any prescription or any of those powders they recommend.

Chancery in reply to katesampson65

I'll take a look at that, Kate, thanks, but Movicol seems to have turned my permanent constipation into constant dia' - so not sure I'm ever going to need laxatives ever again!

Yeah, I've been on PPIs, Pandora, worst luck. I developed severe oesophagitis at the same time (as the IBS), so it was necessary to try and help it heal. Doc has taken me off them now, because he thinks they're causing the sudden change to dia', but I don't believe it. I'm on Ranitidine now - we'll see how that goes...

I have a book on IBS by Professor John Hunter, and he states that he would never recommend Lactulose for his patients with ibs - because of the adverse effects. That's where I got info from. He did say some doctors do prescribe it.

Chancery in reply to casares8

I've got that book on order, Casares, it looks good. My doc changed me from Lactulose to Movicol, allegedly for that reason, but that made more trouble than good!

Lactose can make your ibs worse because it changes your bowel movements it then confuses the system. In the past when my ibs has been under control and took medication that contained lactose it made my ibs really bad.

Chancery in reply to Josiem17

Thanks, Josiem, but I don't have Lactose intolerance, although many do. I've ben spared that one, fortunately!

Does anyone know if prebiotics are OK for IBS symptoms?

Has anyone else suffered awful side effects with lactulose?My consultant has prescribed it for ibs c

Does anyone know if you can 'recover' from post infectious ibs?

baby 18 months ago and was seriously ill, I've had all the tests under the sun done and been told...

Does anyone know if they do SIBO testing on the NHS?

life. I want to know what's actually wrong, and I wanted to start with SIBO testing. My doc had...

ingredients for my fellow sufferers. So I guess I just wanted to know if other people would be...

Good To Be Here