Have been a sufferer of rls for almost 30 years. Been sleeping for 2 moinths without ANY rls now. What I use is 2x 500mg L-argenine at breakfast and 5mg (½ a 10mg tablet) Pax directly before bedtime. It takes a week or two for the meds to work fully, but I immediately felt the difference. L-Argenine is freely available over the counter and not to expensive. It helps the body produce nitric oxide which relaxes blood vessels. Pax is a generic and very cheap prescription med used to relax patients at pre-operation stage. You could start of with higher dosages of both meds (discuss with your dr. please!) like 4x500mg l-argenine and 10mg PAX, but please try to find your minimum levels once you get your legs relaxed. GOOD LUCK AND SLEEP TIGHT. 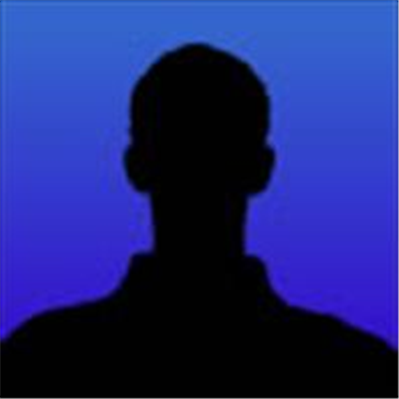 Krappie
To view profiles and participate in discussions please or .
14 Replies
•

I've looked up PAX on wikipedia and what it is is Valium. I think you'll find that's what's calming your restless legs. I would be worried about taking it every day. I'm curious as to where you're getting this and who's prescribing it for you and why they didn't tell you it was just another name for Valium.

I can't see any harm in taking an amino acid (arginine) every day and if it works for you then that's all to the good. It does make me wonder about the causes of RLS. If an amino acid works for you then what can be causing it. Is the cause different for all of us??? IS RLS a symptom that happens with a number of different causes? Until proper research is done into it then we'll never know.

I Know that it is similar to Valium. Was prescribed by my local GP. I have had several operations in my lifetime and found it very strange that for at least a week during my recovery time af the ops my legs were calm. The doctor thinks it might be due to the pre-op meds. We decided to try it and it did'nt work. Then I tried l-argenine and it didn't work . Then we decided to use the two in combination and it works like a charm. According to my doctor the side effects of PAX (at the low dosage that I use) is far less dangerous or detrimental than that of any of the "parkinson's" or other normally prescibed medications. Furthermore, Ive tried every one in the book and ALL of them seemed to work for a week or two after which u you are forced to up the dosage to get any results. So far (9 weeks) the 5mg PAX still works well with NO side effects at all. I am quite awake from early morning, well rested and less moody than with the other meds. And the best of all it is extremely cheap. Good luck.

Whatever works for you. Like I said in my other post, "Who knows?" :o) I am glad that the last 10 wks have been good for you. Hope it continues. :o)

Dcb55 in reply to Krappie

What works for you during your surgeries is the narcotic pain meds you were probably given at some point — the gold standard for treating RLS symptoms IF everything else has failed. Several pioneering doctors in the US have written a paper on this (you can find on the RLS Foundation website.). I see one of those doctors on Tennessee — about five hours from my home. I took a benzodiazepine (like Valium) for a while but what it did was help me sleep — it didn’t solve the RLS symptoms and eventually they broke through. If that is what you are taking just know that you will become physically dependent on it (as I am with opiates) and if/when you go off, taper it under a doctor’s supervision.

Mmmmm, valium is not something i would want to take everynight. I also dont understand how the other one you take works, if it just works on blood vessels. That indicates circulation which has nothing to do with RLS as i know it... Just saying..

The valium, or PAX, is what is helping your legs. The Arginine is used for all kinds of stuff, but it works on your blood vessels, as in relaxing them. Blood vessels have nothing to do with RLS, contrary to some crappy info that is on the internet. It is used for all kinds of conditions, supposedly. What it DOES do is promote healing after surgery, for one, so a lot of athletes use it as that and a growth hormone. I will have to look it up for the heck of it and see of it is one of their banned substances over here in the USA for sports. I feel very strongly that the PAX is what is calming yur legs, not the L-

arginine, but who knows? One thing you would not want to take the arginine is blood pressure meds, since some of them do the same thing, dilate your blood vessels, so, check interactions as always. Anything in the Valium "family" will most likely chill out your RLS. I use Xanax for flying, and when I know I will be confined for a fw hrs. But, that is my "work quick, emergency" RLS med. I will not say anything about taking it every day, because I take opiates every day for my RLS. The lowest dose possible is always the best idea. :o)

I just felt compelled to reply to Nightdancer who said "Blood vessels have nothing to do with RLS." This is nonsense. One's circulation -- or poor circulation -- is one of the many causes of RLS, whether it's due to a lack of folate, or iron, or B12, or even vitamin E and selenium -- all these things have been shown to improve RLS, and ALL of them affect the circulation.

One thing's for sure, and that's RLS isn't due to an OPIATE deficiency. Sigh...

Also, arginine can lower ammonia levels, which ARE indeed connected to RLS.

I only say i wouldnt want to take valium every night, because i am sure it has a sedating effect and for me that would probably roll over to the next day...

How did you manage to persuade your GP to prescribe this for you? There are times when I would love that quick fix that Nightdancer describes. I too have tried all the Parkinson meds and they didn't work for me either. I take a combination of Clonazepam and Gabapentin so who am I to criticise what anyone else takes. Both of these make me drowsy and I'm not sure of the effect they're having on me in the morning as it's so long since I've not taken them. I could certainly do with being more wide awake in the morning but I'm too scared to stop taking my meds. If I could persuade my GP that Valium would work I'd be willing to give that a try if you say you're OK in the morning. That could just be because you're probably younger than me.

Dcb55 in reply to magggzzz

Clonazepam is a benzodiazepine, like Valium (which is diazepam). Neither is a quick fix, both will relax you but only tangentially deal with the RLS symptoms in the long run. Both can make you feel sedated the next day but in my experience, did not. Both will have addictive potential and almost certainly will make you physically dependent on them if you take them for a while (not quite the same as addiction but when you go off it should be under a doctor’s supervision.). When I stopped taking clonazepam, even on a slow taper, I began to get a lot of rebound anxiety and daytime RLS symptoms. These are potent drugs.

To Magggzzz, No such luck. I'm 66. Take note! I'm NOT taking Valium but PAX and WITH L-argenine in the morning. Don't know what the difference between Valium and Pax is. Don't care either. I'M SLEEPING!!!!! To Elisse I'd like to stress that I take the MINIMUM dose of PAX (5mg and even concidering trying half of that) and it has NO side effects (that I know of). I'm not drowsy, sleepy, or anything else in the mornings and I am able to put in a full days work. In fact I'm as sharp in the mornings as I could wish to be. To Nightdancer my answer is this: As far as I know, NOBODY knows what the cause(s) of RLS is(are). The most popular view is that it has something to do with neurotransmitters, but there are also some scientists who believe it could be connected to blood circulation. L-Argenine relaxes the blood vessels, which in turn improves blood circulation. Who says that some substance (who knows what?) is, through the use of L-argenine, supplied in a more efficient way either to your brain or legs. Fact is: WHO CARES? It works! And it has got nothing to do with sedation. Firsty, when I took PAX alone (10Mg mind you) IT DID'NT work. Secondly, when the so called date rape drug Rhyhipnol was still available, I even tried that and it didn't work AT ALL. I woke up as drunk as a donkey and stumbled around in the house trying to calm my legs. I have nothing to gain by promoting the use of either PAX or L-argenine. I'm just telling you what works for me. So TRY IT OR LEAVE IT. All I know is that for the first time in almost 30 years I can function properly as a human being - and it's been going wellfor almost 10 weeks now.

Dcb55 in reply to Krappie

You are right that everyone is different and if it works, that’s great. As far as I can tell PAX is diazepam which is Valium. If you switch the dose down from 5 mgs, just be careful. It can be difficult (may not be but can.) And always know what you are taking, for safety’s sake.

Ah yes, when I was given a Diastat, a Valium suppository, that stopped the RLS pretty quick. much better that the parkinson medications I was taking before. It only needs a small does and I was given a childs dose. I think it is given for epilepsy, as are several other meds used for RLS.

Losing hope in Gabapentin for RLS

increase the dosage, but it's not making any difference. In fact it feels as if my RLS is getting...

Hope this will help you

the stockings seem to ease the RLS. Sometimes I can get back to sleep. I wear them when I know I...

finally got it sorted i hope

told i have sleep apnea and i have to use a mask and cpap machine at night but i am sleeping much...

Success I hope on ropinirole.hh

a neurologist who I told about my problems with RLS which I’ve had for about the last four years. I...

medical people will find a cure for this horrible rls. I watched a programme on television last...