How to Clean Your Lungs After Quitting Smoking - Quit Support 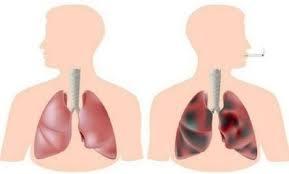 If you’re considering smoking cessastion, you may be wondering what the benefits are. Whatever group you fall into, there’s a common concern: Can you clean your lungs after you quit smoking?

While there’s no quick fix to get your lungs back to the way they were before you started smoking, there are things you can do to help your lungs repair themselves after you smoke your last cigarette.

Let’s take a look at some of the ways you can help your lungs “self-clean.”

Can I clean my lungs after I quit smoking?

Once you’ve quit smoking, you may have the urge to “clean” your lungs to get rid of the toxins that have built up.

Fortunately, your lungs are self-cleaning. They begin that process after you smoke your last cigarette.

Your lungs are a remarkable organ system that, in some instances, have the ability to repair themselves over time.

After quitting smoking, your lungs begin to slowly heal and regenerate. The speed at which they heal all depends on how long you smoked and how much damage is present.

• Emphysema. With emphysema, the small air sacs in the lungs, called alveoli, are destroyed, which decreases the lungs’ surface area. The lungs then aren’t able to exchange oxygen that your body needs.

Together, these conditions are known as chronic obstructive pulmonary disease (COPD).

How long does it take?

Within 2 weeks to 3 monthsTrusted Source after quitting, you may start to notice improved lung function as your lungs start the self-cleaning process.

In the first year after quitting, symptoms like coughing and shortness of breath decrease. In this time, your lungs start to get better at cleaning themselves to reduce infection risk.

As your lungs continue to self-clean and heal over time, you’ll continue to reap the health benefits of smoking cessation.

Are there natural ways to clean your lungs?

While there’s no way to reverse scarring or lung damage that years of smoking can cause, there are things you can do to prevent further damage and improve your lung health.

A smoker is likely to have a lot of mucus built up in their lungs. This build up may persist after smoking cessation.

Coughing works by helping your body get rid of that extra mucus, unblocking those smaller airways and opening them up to get oxygen.

We emphasize the importance of physical activity. Staying active can be one of the best things you can do to maintain and improve your lung function.

Simply going for a walk outside can help those air sacs in your lungs stay open. If those sacs stay open, they’re able to exchange oxygen and get it where your body needs it.

This may seem like a no-brainer, but avoiding secondhand smoke, dust, mould, and chemicals will encourage healthy lung function.

Animal studiesTrusted Source have found that exposure to filtered air decreases mucus production in the lungs. Mucus can block those smaller airways and make it harder to get oxygen.

Before spending time outside, check your local weather station for air quality reports. If it’s a “bad air day,” try to avoid spending lots of time outside.

Staying hydrated is important for lung health. By drinking 64 ounces of water per day (eight 8-ounce cups), you’re keeping any mucus in your lungs thin, which makes it easier to get rid of mucus when you cough.

Drinking warm beverages, like tea, broth, or even just hot water, may cause thinning of mucus, making it easier to clear from your airways.

Research has shown that green tea in particular has anti-inflammatory properties that may prevent some types of lung disease.

A smoker’s lung are likely to be inflamed, which can make it difficult to breathe.

While there’s no scientific evidence to show that eating a diet high in anti-inflammatory foods will prevent lung inflammation, researchTrusted Source has shown that it may reduce inflammation in the body.

jillygirl
Administrator
To view profiles and participate in discussions please or .

Hi everyone, My name is Ayush. I quit smoking 4 weeks ago after a bad bout with bronchitis. At age

body after we quit smoking? When did anyone have any relief from their symptoms after they quit?
•
12 Replies

slowly, and quite quiet!!! 😀😃😄 It just proves that smoking really does clog up your lungs and...

Smoke smell on others after quitting

Hi everyone. I need some advice. I have quit smoking by using a e cig and going to a hypnotherapy...

I started smoking after quitting 5 years ago

that I started smoking again and kidded myself that it would be easy to quit. Now I'm smoking...