Salvage radiation failed, what next? - Prostate Cancer A...

Not a nice day today to have experienced that PSA has increased to 0.45 after 3 months of salvage radiation being over

So a bit of a background: After RP, PSA went up till 0.25 in June, then I had radiation on July and August for 33 session - 66 GY - on prostate bed as well as lymph nodes in the pelvic area.

3 months after PSA went up further to 0.45 on the first follow up check.

What is next in anyone's view?

My doctor is wanting me to do another PSA test in January, if it raises further and beyond 0.5, which she believes it will, I should do another pet exam. If anything spotted there eligible for radiation, they will do radiation to that (those) spot(s), but I will go for hormone treatment as well. She said going now for hormone treatment without any body check may mean we lose track of anything that could be till locally treated first with radiation. Does this make sense to you? For me it did ...

Thanks in advance for your comments, 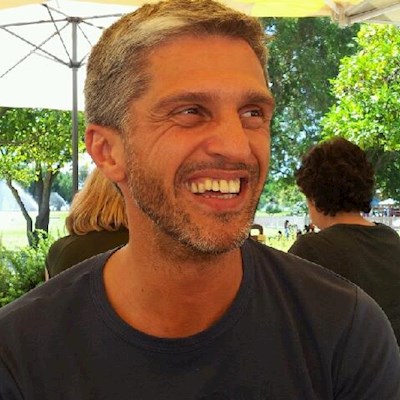 Paulo1968
To view profiles and participate in discussions please or .
Read more about...
16 Replies
•

Hi Paulo, that is not nice news. I think it is good practice to wait the results of the PSA test next month. This makes it hopefully possible to trace the spot by PET scan. After that it can be decided how to proceed. Hope things will work out in the right direction.

I don't know if playing whack-a-mole has any benefit, but if safe, why not? In January, a PSA check may tell you what your PSA doubling time is. If it is rapid, and with a PSA>0.5, something may show up on a PSMA PET scan, but even no distant metastases show up, ADT should slow it down.

Paulo, I can totally relate to your situation. I had a prostatectomy in July 2015 with slowly rising PSA afterwards. I was waiting for it to get to .50 so that a PSMA scan could be done, at the direction of my oncologist. In November 2020 it reached .43 and I was told to do salvage radiation right away, given the odds for a cure greatly decrease after PSA .50. I believe they said that with a PSA up to .50 there is still a 50% chance of cure. I did the salvage radiation in December and January 2021 and my PSA was falling quite nicely and reached .16 by July 2021. I was feeling really good about the situation until my PSA check in October 2021… it ticked up to .19. It’s very discouraging, but I guess we need to stay positive and move forward. BTW, I had 2 PSMA scans before doing salvage radiation, and nothing showed. I understand that at PSA .50, cancer growth is still very difficult to detect. So even if you get the scan at .50, I think it’s more likely than not that cancer will still be undetectable. So… it seems more of a waiting game. For what it’s worth, I’d do exactly what you are doing- wait for PSA to hit .50 and hold off on hormone therapy. This is not a professional opinion, but instead based on experience and research. Anyway, hang in there… you’re not alone. Best of luck to you!!

Thanks Billd for your message. I understand, appreciate your words and indeed the waiting game is awful. I don't understand why doctors tend to play this way now unless they hope to hold our lives for a long time even if the odds go wrong with the next treatment, but as I don't know that, it stresses me a lot. My doctor told me that with 0.5 you are still at 50% chances of having anything in a screen of a PET. With 1 is almost 100% that something would pop up. So let's have a couple of waiting months in the meantime.

All the best to you too.

Very sorry to hear that Paulo. My PSA is now 0.1 and waiting until it reaches 0.5 and having a PSMA scan to see if I can have directed treatment before hormone is added. Perhaps as others suggested you could have another PSMA when you reach 0.5 to see if they can find it before going on hormone treatments. Best of luck my friend.

Hello Bcgkelly, thank you for your answer. Indeed the worst feelings came to my mind about all this since surgery as I had a lot of confidence in radiotherapy now. After all it appeared the treatment could be a success given the variables of the disease, but it wasn't. I will for sure have adt according to the doctor.I am glad you keep at 0.1. That is good.

They did tell me that it takes nine months to a year before radiotherapy reaches its maximum effect but your doctor appears to believe it hasn’t worked in your case from what you say or do I not understand properly.

Hello, correct. She told me it takes a while, but she is assuming RT hasn't worked out or let's say differently, she would be expecting a reduction and PSA hasn't reduced at all. I haven't spoken with her about this timing lapse though ... She has led the discussion then to the next steps of what we needed to do! Another PSA reading, another Pet exam, radiotherapy depending on finding a spot and ADT.

You might remember that I had stereotactic radiotherapy but it took almost a year for the PSA level to reduce to its lowest in very small reductions each test.

Ok I remember, but did PSA increase just after RT?

No it didn’t increase but I’ve heard of a PSA bounce but don’t know anything about it. I know that’s not much use to you maybe someone else can clarify. I have always believed though that it’s the PSA trend that’s important rather than one result. Perhaps the next test will confirm things. I also believe that there is more than one tracer used for PSMA scans and that some are better than others for finding at low PSA levels. Perhaps something to look into if you’re getting another one done.

Hello again, I had actually my doctor on the phone. I have been a bit anxious and sent her a message with doubts in the morning! She called me then. Well, about your question, indeed a PSA can bounce, but for someone without a prostate it wouldn't increase as much as it did for me. I am a bit reassured now with her having called me and explained more what she was aiming. Also she said I am caught in a very early stage of the disease and I will not face any risk to wait 2 months. She noted again that she would be expecting to find something of a spot of cells and destroy them with radiation prior any ADT, as the ADT would not kill this bigger spot but rather only "camouflage" it! She is not taking out the scenario of curing the disease rather than only controlling it, even though she was open enough to tell me this is short likely and definitely not as much as before.

hope that everything works out for you. stay strong

I had my prostate and everything they could remove 3/26/2020 (psa=36, gleason score 3+4) and have never been below 0.9. Now that it's back up to 2.1, I start radiation treatment next week (38 treatments) and We expect to keep me alive to see my grandson graduate high school (He's 4 yo). PSA is not a great indicator of how bad you may have cancer but it's "all they got" right now. Just read the many articles over the last 12 to 18 months which discusses so many variables that effect your PSA test scores. I believe it's better to find the right doctor(s) who you trust with your life and together find a plan to keep you as healthy as can be expected against one of the most common cancers out there. By the way, I'll be 67 in April. GOODLUCK!

Thanks jht3 for your wishes and I hope success for your next treatment.

read that damage from radiation can continue and/or show up many years after radiation. Has anyone...

update today after my summer radiation treatments from 2018. The news wasnt good. My PSA after...