Erectile Dysfunction!: This is my first... - Prostate Cancer A...

This is my first post here so introductions first. I was diagnosed Feb 18 and underwent RRP Mar 18, Gleason 3+4 and cancer contained within prostate and the margins were clear. Catheter removed after 10 days and some incontinence which is mostly gone now but is more prevelant later in the day or if I drink alcohol. I’m coming up for 10 weeks post op this week but so far no erection. I have been taking Cialis 5mg daily but nothing, my head is wanting sex but my body is letting me down. I’m in a long term relationship and he’s very understanding, we’re both versatile but I miss being able to get erect. I have lost a bit of length from the surgery but until I have an erection then I won’t know exactly how much.

I have had flaccid and of course dry orgasms, but it’s just not the same, although the intensity of the orgasm is even more intense than it was pre operative.

My question, and I know we’re all different, is how long post operatively does it commonly take to regain erections? 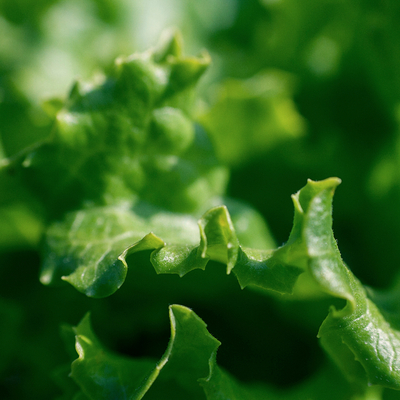 Davikew
To view profiles and participate in discussions please or .
Read more about...
18 Replies
•

It is still VERY early. You should also be using a pump daily. Occasionally try a full (20 mg) dose of Cialis. If that does nothing, trimix injections may work. The goal is to oxygenate the penile tissues as much as possible to prevent atrophy and fibrosis, and to use the nerves as much as you can.

Thanks Tall_Allen. I have this morning taken a 20mg Cialis so will see how that goes. Is there any particular pump as I was looking on line and there are multiple types, mostly advertising girth and length improvement? God this is a minefield!!

My experience: I had my surgery on April, the 5th, Gleason 8 and the "thing" was confined in the prostate as well. Catheter removed after 6 days and I am not fully continent yet. I am wearing a light pad and all goes well during the nights and mornings, but after lunch time if I walk a lot or do sudden movements the leakages annoy me terribly. I have a month less of surgery than you and I am taking a cialis 5 mg pill a day and 200 mg Spedra pill by SOS not more than 1 a week. I have been sensing some improvements in the last 10 days but definetly the penis hasn't been firm yet for a penetration. Also the erection is lasting longer as time goes by, but not so long enough still.

I haven't bought a pump yet but I intent to do that soon. I went to the shop twice but I get confused and not certain of what to buy.

Waiting to check on your developmens here.

Davikew in reply to Paulo1968

Thank you for the reply, I’ve not heard of Spedra, is that on the same lines as Viagra? Let me know how you get on with a pump when you get one and I’d appreciate a recommendation as it is very confusing?

Paulo1968 in reply to Davikew

I am precribed here by my doctor in Portugal. It seems it is Spedra Avanafil. Avanafil is the drug active ingredient. I took already 4 and I didn't notice anything till the 2 doses.

Yes, you're still early on, and there's plenty of time ahead when improvement can happen. Like you already know, everyone is different; I found Viagra more useful than Cialis, still do, and my insurance covered either one. I too found a pump useful, I no longer remember from where I ordered it, butitwasn't one of the real expensive ones, and it helped. In my case improvement happened over a long and slow period of several years. I've heard a year and a half is typical, in my case I think it was actually longer. Clearly a case where patience has its rewards (not my strong point). You're doing a hell of a lot better than I did on incontinence, and let's hope the erectile function catches up! Good luck.

Thank you Jim, as I’m in the UK I get my medication on prescription and pay a fixed amount, roughly about $10 per prescription, regardless of what it is. I have a call with my Dr’s pharmacist on Friday afternoon to talk through options as my consultant did not prescribe in my haste to get out of his office at my PSA of undetectable!!! My own fault! I’ll keep you all informed as my journey continues and thanks for your help

Hello and welcome to the group!

I am at the same stage of this journey as you are, I had my RP on March 19th. I am curently on sildenafil 60 mgs 3 times a week and i have been using the pump for about two weeks. I have not had an erection yet but there seems to be some improvment. There is a lot of info on the pump on youtube. I googled penal pump therapy post prostate surgery and found very useful info. I got a battery operated pump and it works great. I did have to shave my pubes down to get a good suction going. It was great seeing myself fully engorged, even if it was in the confines of the tube! I tried using the band a couple of times so i could enjoy my hard on outside of the tube but I think it is still to early in my healing to use it. My urethra hurt after I used it. Anyway I’m trying to look at it as an adventure and something new to explore. I am lucky to have a loving husband who is very supportive, but I do get frustrated from time to time. Patience is not my best atribute!

Looking forward to hearing of your progress.

Davikew in reply to davey1957

My pump was from Firma Medical; you can find it on Amazon. It was prescribed by my doctor. It's kind of pricey, but it comes with cock rings and various other items (what you might call "toys" in the old days, but it's serious now), as well as an instructional video and access to a hotline where volunteers apparently can help you with questions. I never called. Shaving helps with the contact; slipping on a ring leads to a firm erection, though it's cool instead of warm because the blood isn't circulating. That's also why you wouldn't leave it on longer than half an hour, because your johnson might fall off.

Davikew in reply to michael42301

Thanks for the advice Michael

It is still very early for you. I am 6 months post prostatectomy and erections are still an issue. Not in a relationship and finding one is especially difficult .... wonder if there is a group for post prostatectomy men who have common problem. At least we can understand that not having an erection is not the end of the world.

There is within Facebook it’s called Surviving Prostate Cancer -TOGETHER. It’s a closed Group, quite small at the moment, for gay, bi and transgender women who’ve had treatment or are undergoing it. There are a few questions to answer but the admin of the group is quick to approve the application. Give it a go, nothing ventured nothing gained me friend

Found GPCC (Georgia Prostate Cancer Coalition) on facebook that has a support group meeting at Emory St. Josephs. I don't think this is the same thing. Could you send me the correct link? Thanks.

Its been a year since my procedure stage 2 prostate cancer Gleason 7 robotic DaVinci surgery at first I was very disillusioned when I was attempting to return to sex / 100 mg Viagra would not even begin to move my penis in the least and it always became an adventure as to whether or not something was going to happen or nothing was going to happen but eventually after about I guess 9 months or so coming up for this year so far my erections with Viagra were okay but I didn't like the side effect and the whole mental thing of whether or not it was going to work or could I do it. It was just too much for me so I actually gave up sex what I found out later that things were starting to improve I actually could get a pretty good semi hard erection without Viagra and using the ring from my pump so I still haven't had the opportunity to try and penetrate or anything but I'm pretty sure that I could probably be able to do that. Right now I'm doing some Salvage radiation to get my PSA numbers to zero and undetectable I'm hoping I don't have any setbacks from treatments. Hang in there because you know they severed our insides and disconnected everything in there and you know things have to fully heal. For me now I find the shaft of my penis fills up but the bottom is always limp something is not happening for me once it gets into where the prostate was but it's not firm. I have to use that ring but remember not to use that it for more than an hour that's all I can tell you hang in there hopefully it gets better I know it's different on for everybody on an individual basis

May save you some time Re penis pump. Did a lot of reading, chatting with men here who have used one (Btw, I'm in a study at UMN that provided a pump and sildenafil tabs at no cost). The study pump seems identical to the one I purchased prior to joining the study. The one I purchased is made by NuPath; it's called "Restore." Available on Amazon (isn't everything?)

It takes a half a doz tries to get comfortable with it but it does work. Costs range from $100-150. My problem is that I was on ADT and the Lupron killed all desire. I had to make "dates" with myself to use it.

I had radiation and ADT. Yes, shrinkage. Grrr. And, for me, orgasm is just "different" and rather unsatisfying. Sigh.

Good luck to you,

Its been 2 years for me and I have not been able to achieve a spontaneous erection without medication. Caverject works good for me if you don't mind stabbing your penis with a needle.

able to get a mini-erection and bring myself to orgasm with limp penis. Incontinence slowly...

Hello to all from someone with RP, ADT, and IMRT

sit long. I did not experience significant incontinence, but I was unable to obtain an erection....

I’m having my first PSA test post operation this week and seeing the consultant Thursday of next....

Donating to HealthUnlocked or Malecare?

Quality of Life survey, for your consideration

What does prostate cancer look like? A holiday art project.