About a week ago, I went to NIH to have a MRI-directed targeted biopsy of my prostate. It was done by one of NIH's top urologists Dr. Peter Pinto. (I'm enrolled in a protocol for prostate cancer at NIH with Dr. Pinto.)

A urologist working with Dr. Peter Pinto called me yesterday with the results. As I suspected would be the case (because of two MRIs I had some months ago which detected cancerous lesions), I have multiple areas where I have cancer. 6 of the 16 biopsy cores were positive for cancer.

Several places have a Gleason score of 7 (3 +4) plus a worrying "cribriforming" (which apparently is predictive of poor outcomes).

The doctor thinks they've caught the cancer before it has metastasized beyond the gland.

The doctor said that "watchful waiting" is no longer an option. I need to have surgery or radiation. If I did nothing, the doctor told me I would likely have a 10 year life expectancy.

My father died of prostate cancer. I have an enlarged prostate (79 cc), and my PSA has been steadily rising for decades (my most recent PSA is 7.38). I'm 73 and in very good shape physically and healthwise.

I'm reaching out to get advice. What should I do? Radiation or surgery? I am really unsure as to what path to take.

My goal is longevity and I'm willing to sacrifice quality of life. Without PCa, I'd be likely to live to over 100.

What about new treatments like TULSA PRO? Would that be better than either radiation or surgery?

Thanks for any guidance anyone can give me. 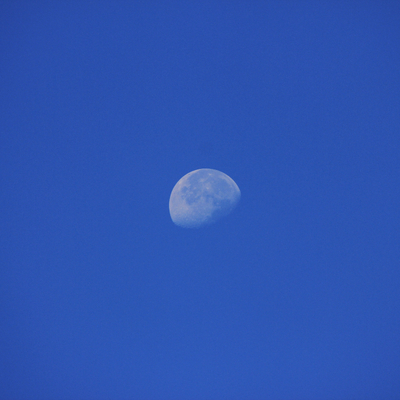 Cory_777
To view profiles and participate in discussions please or .
Read more about...
26 Replies
•

Unfortunately, with your large prostate, they either have to shrink your prostate with ADT for 9 months before implanting seeds, or you have to get a special kind called high dose rate brachytherapy where the size of your prostate is not an obstacle. If you are in the DC area, you can talk to Sean Collins at Georgetown about SBRT. At Fox Chase in Philly, you can talk to Eric Horwitz about brachy boost with HDR brachy.

You are not a good candidate for focal ablation with Tulsa Pro because of multiple cores, and recurrence rates are very high with whole gland ablation.

Steveo3312 in reply to Tall_Allen

Tall, thank you for your contributions on this site.

Dear Tall, I'm so grateful to you for your helpful reply. Thank you!

Hi Tall, I just checked my pathology report. My cribriform at 3%, so perhaps I am favorable intermediate risk. Do you still recommend SBRT?

PS Oops, sorry, Tall, I was not recalling your recommendation correctly. I meant, do you still recommend brachy boost therapy? Sorry for the confusion.

Tall_Allen in reply to Cory_777

Talk to your radiation oncologist. I'm not an expert at cribriform. If the risk is small, you have the option of being treated as favorable intermediate risk. If so, SBRT would be a good choice and you would not need ADT with it.

You wrote: "You are not a good candidate for focal ablation with Tulsa Pro because of multiple cores, and recurrence rates are very high with whole gland ablation."

I had 6 cores out of 16, but the doctor told me I had "two hot spots" and perhaps one other spot with a Gleason 3+3. Does that change your assessment of "multiple cores"?

Another question, and please forgive my ignorance. If I use TULSA PRO for whole gland ablation (which I presume means the whole gland is destroyed), how can PCa reoccur?

Thanks for helping me understand this.

Tall_Allen in reply to Cory_777

You have a misguided notion of what thermal ablation is and does. That's because the proponents are deliberately misguiding you. Please read this article:

The FDA rejected HIFU (Tulsa Pro is just HIFU done with MRI guidance) as a prostate cancer therapy in the US. (The HIFU manufacturers got them to approve it for removal of prostate tissue (like a TURP) which is a completely different thing. Canada once allowed it, but they rescinded it. If it were effective against prostate cancer, they would have permitted it.

If you want to do it as part of a clinical trial, where you are explained the risks, that may be reasonable.

Anomalous in reply to Tall_Allen

Mayo is doing Tulsa-Pro now. Doesn’t seem reasonable that they would be doing it if it was dangerous. I do think the Intermediate favorable cutoff is recommended.

Tall_Allen in reply to Anomalous

You think Mayo is immune to profit-mongering? Just look at how they are still pushing C-11 Choline PETs long after it has been superseded. I didn't say it was dangerous. I said it hasn't been proven to be effective in long-term trials. It has never been appoved as a treatment for prostate cancer.

I also was diagnosed by Dr. Pinto and am being treated at NIH. Have you talked to the other members of the prostate team at NIH? They are all outstanding.

Thanks for your message. Who else at NIH do you recommend I speak to?

Have you had your prostate removed by Dr. Pinto? If so, how did it go? Is he a highly experienced surgeon?

I did not have surgery. But I am curious as to what the prostate team recommended. Did you meet with Pinto and others after the results were presented to you?

A young urologist who works with Pinto recommended SBRT. I haven't yet met with Pinto and his team.

What treatment did you opt for?

What do you think of SBRT?

I’m also 3+4 and my original biopsy didn’t show any cribriform. But when I sent the panels to Epstein they saw it in one of the cores however it was equal to or less than 5% so I was able to hold onto “favorable”

Similar situation. 6 of 12 cores positive. I've have a total of 3 reads of my slides.

Dr. Epstein see 2 cores 3+4 less than or equal to 5% pattern 4. "Pattern 4 has in areas a cribriform morphology." One of these shows evidence of PNI. The other 2 pathologists saw 1 core with pattern 4 and neither mentioned cribriform.

It's hard for me to determine whether this is favorable or unfavorable intermediate risk. It's also hard to decide if surgery or SBRT+ Brachy Boost would be the most effective therapy.

I've been advised to have surgery from surgeons, radiation from radiation oncologists and Active Surveillance from Dr. Scholz.

Tall certainly knows what he is talking about. My circumstance a year ago was a little more straight forward. 58 years old. G8 (reduced to 7 when biopsied after removal). PSA 7.something and like you, longevity was the goal. . I'm in good health otherwise and surgery was really the only option I considered and I'm glad of that. I made this choice after talking to my urologist as well as a few friends who are MD's. No regrets. Surgery was straightforward. I recovered as predicted. PSA is undetectable. Bladder no issues. Sexual function still recovering but I'm positive things will work out. If you are at NIH, what do they say?

They recommend SBRT. What do you think?

Have you heard of TULSA PRO?

Generally yes. But I was pretty focused on surgery as opposed to radiation.

Thanks for your fascinating comments. Dr. Scholz seems to be amazingly helpful -- and unbiased.

Have you considered TULSA PRO?

I would ask NIH if you are a candidate for focal therapy.

Thanks, Doug. Good idea. I will.

New to the prostate cancer community

diagnosed with prostate cancer. A rise in PSA from 5.4 to 7.4 plus a bump felt on my prostate led...

like it would be especially valuable for men whose PSA has gone up but no one knows yet if they...

PROSTATITIS OR IS IT CANCER?

for a check up. The doctor advises a biopsy. Biopsy reveals I have prostate cancer that has escaped...

The Constitution of Medical Knowledge (Part 1 of 3)

For those who have had radiation as treatment which has fail...

The Constitution of Knowledge (Part 3 of 3)