Poleaxed With The Heat & No Sleep : Lovely it may... - PMRGCAuk 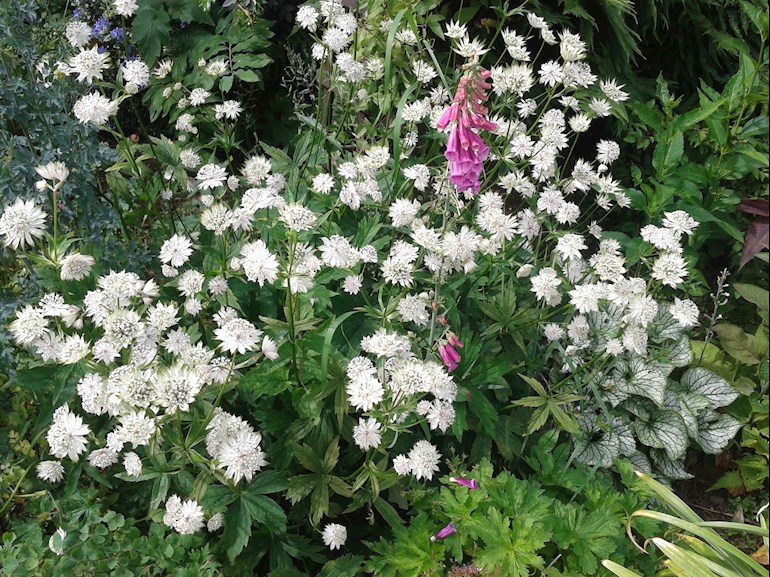 Lovely it may be but I am struggling with this heat & hardly any sleep. I feel really irritable & driven to say the least. Think I better keep out the way today! Going for a solo down the towpath. I hope I don't bump into anyone! I know! I know! it's not very sociable. But SOD it!

So was I struggling until I invested in a bedside fan - silent if you can afford a Dyson. I’t’s lovely and the extra oxygen helps my breathing. Enjoyed the photo. Turn it into a mindful walk - sights, smells, sensations - no thinking. I used to fly down there on a tandem with my then boyfriend - well all the canal paths, in the 70’s.

Just a thought: as you have mentioned dry airways, a moving airstream may dry them more. Try a bowl of water in front of the fan, steamy hot might help. OR as they do with babies in O2 tents, some ice cubes.

Jane. I reckon I've blown all my fans away this past year!! Get your point though, will think about that. It was very mindful & quiet thanks. Something very calming about water & watching the narrow boats chug along. On a good day I can walk at the same speed & enjoy the simple conversation with a total stranger. Not like busy Northfield. Hope you had a bell on your tandem? Different breed of cyclists abound these days & there ain't much room on a towpath is there? Lycra,crass helmets,nobel,50 gears & a bad attitude. Told you. One of those days. ATB

It was a gentler time. Never saw a soul.

Think the difference is it's a keep fit thing now for some rather than an adventure out somewhere! Head down get out the way I need to get my exercise in! Times change.

The young are being robbed of so many simple pleasures. The creative games we used to play as children, now the three year old gets his first iPad and all the imagining is done for him. I persist as a granny in tapping into that part of my descendants. I could bore on, but I won’t, I just sound like a relic ( it was better in our day - notable exception tolerance).

...and if push comes to shove they're the winners and it's your fault!!! Don't forget your waterwings just in case....

Yer. Thanks! Always dangerous to disagree with the latest keep fit cobblers. And I thought ship gave way to sail! Why? Because they knock them over! Don't worry I've been watching the latest advice on tv about floating when in difficulty! That's if I'm still conscious of course! Certainly wouldn't cycle to work on the roads like I used to. Pot holes are shocking. Different driving. Swarf on the roads was the problem with puncture's. And did we smile at all those millions of Chinese cycles many years ago!

Not sure I'd want to risk the canal - god only knows what's in that water...

I find a fan running in the bedroom to move air around makes a BIG difference. The overnight temperatures in the UK appear to be low-ish still so have the windows and doors open in the house in the early morning until the outside temp is the same as inside. Then shut them and draw the curtains - makes a major difference to inside temps by doing that.

If you can't stand the heat - make every attempt to avoid the direct sun as it can add 15C to the in-the-shade temperature. The wet-t-shirt look with a fan playing on you will cool you down pdq!!!

"The wet-t-shirt look". Hell PMRpro my Brad Pitt days are over! It's more Bull Pitt Or something worse! Thanks for that though.

I like a wet towel around my neck. My internal thermostat is all haywire now. I get hot quickly and it takes a bit to cool off. I have to have moving air all the time. I even have a fan on my porch sometimes and an overhead fan all night. Hope it goes away when meds are done.

Slowdown in reply to PMRpro

Great advice re. doors and windows open early then close and draw curtains .. it's now 7 degrees cooler inside than outside with a sort of undersea feeling (blue curtains), never thought to try it before. Thanks.

PMRproAmbassador in reply to Slowdown

Standard practice in Italy - that's why their houses used to have such small windows - keeps the rooms cooler, larger windows equals warm rooms!

I know what you mean about bumping into people! A quick trip to the shop ends up in chatting for half an hour with your legs screaming GO HOME!

I’ve been out with the dog, a mile round the park, saw no one, bliss! Much cooler here today, grey skies, and maybe I felt a spot of rain. Plants will be happy with rain.

I always make some attempt to be sociable that's the problem. Why don't I just say " Bugger off. Let me enjoy my own misery on my fffing own. I don't need your help" Ahh! that feels better. Thank you. Glad you enjoyed your walk.

Don’t you have a bugger off face? I clearly do. 😁

Many of them! It's whether they read it or not! Who knows what their state of mind is though! Sometimes it helps to think beyond yourself. Sometimes not & !!! Much better day for myself than started. KRO

Keeping someone at arms length while not poking them in the eye or biting them!!

Do what you need to do and just sod it! Love the white flowers - so pretty - what's this one called? I'm recognising the leaves but cannot recall their name...

It's an " Astrantia". Tough no trouble with slugs & snails.

They make good cut flowers too, last ages, I have some in pink and purple plus they self seed, what's not to like!

I'll be looking out for it - even better re slugs and snails - pests..

You gotta love the plants the snails don’t like. I’m overrun with snails this year. Do a regular collection, but numbers don’t seem to dwindle. When it next rains I shall be out there, torch in hand if necessary to collect the büggërš!

It's the small multi coloured blighters that do the damage here. They won't like the hot weather though! Good luck with the torching.

There is an abundance this year, I'm guessing you don't use pellets but have you tried beer, put some in a sunken pot in the ground and they all come for it..downside is clearing them up but it works like magic....

I won’t use chemicals of any sort. Tried the beer years ago without success, but maybe I’ll try it again.

I tried beer some years ago with great success but couldn’t stand the smell!

A neck cooler like this (bought, not homemade) kept me cool in Egypt in August.

These were on sale at Drum Corps finals a few years ago with the added extra of being able to take them back for exchange IF they got warm! I have a small pouch for my meds which is much the same and it really does work.

Think I'm abnormal... I have a heat pad on neck and shoulders EVERY evening and an electric blanket warms the bed plus a heat pad for sitting up in the morning whilst coming to! I obviously like it hot!

in reply to Pongo13

Just trying "Deep Heat" pain relief on my shoulders as a distraction. Not going to cure anything! A different burn though!

Telian in reply to Pongo13

I do sympathise. I am less bothered by the heat than the seagulls which set up a chorus of screaming from about 4 a.m. I don't usually hear this with my windows closed but obviously they've been open for the past few nights. Yesterday was a dreadful sleep deprived day and I stayed out of the way avoiding everyone and counting butterflies in the garden.

Me too. Add to that we decided to have our bath taken out and a walk-in shower fitted, after hubby's stroke. Asked salesman and surveyor for an electric shower the same as we had before but newer. Work started 13th June, and when they had finished (June 20th) we realised they had fitted a mixer shower, (hot and cold inlet) and it didn't work as our hot water pressure is too low, ( which they knew about). They say we asked for it, but on the contract it clearly says electric digital shower.

So no shower for 2 weeks, ongoing battle with them to change it for an electric one that will work. They want to fit a pump on the hot water supply, but we don't want that. Premier Care are supposed to specialise in bathrooms for the disabled, not much care being shown to us. Supposed to be a Which Trusted Trader. Getting my angry head on now.

I don't blame you. What a bunch of cretins. As if you need the stress! You are totally in the right. Have you contacted Which? They should have the leverage if Premier Care want to stay on the list. ATB

I've been in an awful mood all day and it's been a heat wave. Am very tired just from concern about keeping others and then me cool. Wanted to go to first Saturday confession again today but did not leave home in late afternoon due to the heat and feeling unhappy about that. Sigh.

Hard to do anything in this heat. Bit of a breeze here now outside which is some relief. Some very bad tempered driving going on as well which adds to the stressful mood. Toot Toot!

Sudden bursts of heat and nausea

nausea. With PMR and GCA and tapering prednisone now down to 10mg I find I am still experiencing...

wondered if the constant draining effects of the heat we are experiencing affects the dosage of...

let me know what you do to alleviate it? I have tried everything I can think of before bedding down...

Bilateral rotary cuff in shoulders after coming off pred....

Is it worth taking Methotroxate when on a low dose of predni...