Haven't posted here for some time but would appreciate some advice. Was diagnosed with PMR in 2012. Have had flare ups at 6mgs on several occasions and have seen my doctor who recognised the flare symptoms and my dose of pred was put up accordingly. It always sorted the problem. In April of this year I was at last referred to a rheumatologist who advised Methotrexate to assist with an easier reduction of steroids without the 'yo-yo' effect again.

I am now on 8mgs of steroids and have for the last few weeks been experiencing fairly severe typical flare up symptoms- buttocks, thighs, lower back, shoulders, backs of arms. Some days I could easily have cried with pain and frustration. But I put up with it because I am on this new regime of MTX and steroids which should mean no more increase in steroids.

But I got to the point I knew I had to get advice so I spoke to my rheumatologist who asked me to get a blood test. And the result? "Because my inflammation markers are well within the normal parameters my pains etc are not due to PMR" I have to ask my doctor for some painkillers and wait until the end if September to see my rheumatologist in person.

So if these very familiar aches and pains( always diagnosed by my own doctor as being symptoms of a flare) are now NOT related to PMR what are they? In my imagination? Just old age? Something else? Why am I still on steroids? Why should I take MTX? Who do I believe?

To say I am confused and a little annoyed is an understatement.

I have read on this site that many people do not have raised ESR levels at all and they are not a totally reliable indicator of a flare up and that some doctors go by symptoms. But I feel like if I make a fuss that I won't be believed purely because the expert has said "No". Not PMR this time. 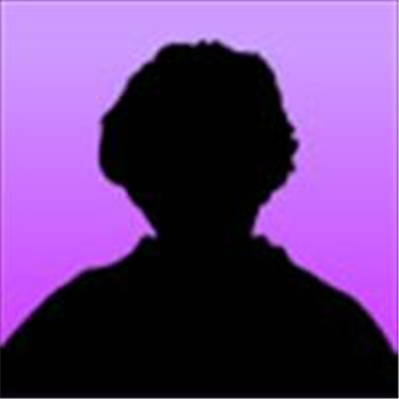 wendyanne49
To view profiles and participate in discussions please or .
Read more about...
13 Replies
•

I can understand how frustrated you feel! I wonder who it is who has written that piece about your pains not being due to PMR? It could be a junior doctor who has been tasked with this by the consultant and who isn't familiar with anything but the textbook version of PMR. The fact is though that inflammation markers are often normal in people who display all the other cardinal symptoms of PMR. One way to 'test' reality is to ask yourself whether the pain is on both sides of your body, e.g. both shoulders at once. That's a sign for PMR. The only thing I can suggest is that you 'park' this 'information' and tackle the rheumatologist about it when you see him/her in September. By which time I hope you'll be feeling much better.

Thankyou. Yes. Both sides. I will not go down the ' painkiller' road as they just mask the symptoms and do not treat the cause. I wonder if my body has just become steroid dependant and the PMR as such is no longer there. My problem is getting off the steroids. I will bide my time, monitor my problems and try and get some better understanding in September.

The point is you don't know the PMR is not there anymore. The only way to "know" is to come off all medication and have no symptoms. The doctors might think it's gone, but they don't know 100%!

Agree with Kate - think you have an inexperienced mind reading your results etc. If the steroids and/or MTX are controlling the inflammation then your readings should be in the "normal range" , that means the medication is working, but it doesn't mean the PMR gone. Very often they lag behind the actual symptoms anyway, so if you have another blood test next week, they may well have risen. As you say, sometimes they are a bit hit and miss - that's why we always say symptoms are the key.

You do get the normal aches and pains of life back as you decrease the Pred, but they don't usually present bilaterally like PMR.

If your pains are helped by normal painkillers then you'll know it's not PMR.

You are on inflammation reducing meds. !!

Agree with everyone else! You can't go by your blood test results entirely, I feel. When my PMR morphed into GCA there was no great increase in CRP or ESR and the highest I've ever been for ESR is 16( when first diagnosed for PMR) and when pains of GCA were at their highest my ESR and CRP were quite low. Apparently 20% of folk do not have raised ESR or CRP and also as Dorsetlady pointed out the blood results do lag behind the symptoms. I suppose you could try taking some pain killers as an experiment. If it is PMR pain it won't touch it or make any difference, from my experience- only the steroids make the difference. I wonder too how long you have been on methotrexate? Did your Rheumy say it would take a little time to take effect? I'm on Lefloudomide ( an alternative to methotrexate) and certainly it has taken about 3 months for me to see that it has made a slight difference. I suppose too that you could also,if you felt it was right, see your GP and if pain killers made no difference discuss the possibility of raising your dose of Pred slightly to see if this has the desired effect. From what I've read here you could raise it slightly by 1 or 2 mg even for a week to see the difference it makes and then drop back down to your present dose without any problem of tapering. Armed with your notes with what you've done to see what difference it has made to your pain you could then present your findings to your Rheumy in September if you thought that was a good plan! Let us know how you get on. Best wishes.

It is always worth remembering that even though you are on a DMARD such as Methotrexate, it doesn't necessarily mean that it is working! I have been on 3 different DMARDs and none of them has worked! I found this out because I had flares whilst I was taking them and trying to reduce. There is little or no evidence for any of them with PMR. Obviously, for you, if painkillers work then it is very unlikely to be PMR pain, so you could test that theory anyway, and please also remember that the Pred. is only controlling the symptoms ( just like a painkiller). It is not treating the condition- we don't yet have anything that does treat or cure PMR- if only!

I have been on mycophenolate yet another dmard for almost 3 months and am on 13mg pred going down to 12 using dsns. I have had mixed feelings mind wise and body wise. I overdid it a couple of weeks ago so that muddied waters. However, just before that I accidentally forgot to take the dmard one morning and felt then PMR pains especially thighs and upper arms kick in. I was checking to make sure I had taken steroids ...yes..and then saw hadn't taken mycophenolate. Took it and within two hours pain greatly reduced. It has given me the confidence to start tapering as it seems to be helping steroids work more effectively. It is only time that will tell.

I agree with others that I would commit a few days to pain killers and see if they help. then you will know. Make sure you build enough pain killer in system to truly tell. taken it just a day won't tell you that.

Thank you all. Will monitor next few weeks and be ready for rheumatologist with my questions. Have been on MTX for 4months now so presume it must be doing something. Have had little or no side effects.

In some people the markers don't rise while they are on the medication - doesn't stop it being a flare though.

Just an update. I saw my own GP and she said my symptoms are typical of a flare- no matter what the blood tests indicate. Going back on 20mgs of pred would be my option. However, she totally understands that I am unwilling to do the yo-yo of steroids (am on 8mgs now) considering I am now on the MTX/pred combination (4 months in). And I have the appt due at the end of Sept. She cannot increase the MTX( currently 10mgs weekly).

So my other options are 1. Do nothing 2. Try painkillers. So I opted for codeine as paracetamol do nothing. I have now discovered that codeine have no effect either!!!

She told me to get in touch if I really can't cope until I see the consultant which I would. She says I may have difficulty convincing the consultant that my symptoms are due to PMR, but I can refer back to my GP if necessary for support.

So. We will see. The 29th September seems a while away yet, but once you're in the system it's silly to take yourself out of it.

Thanks again for your support. Enjoy the weekend.

Many experts suggest going up to the dose the flare happened plus 5mg - so for you, 13mg. Far less of a hike - worth trying at least!

No - no ordinary pain-killers have any effect on PMR. pred is your painkiller.

The idea of the mtx is to reduce the risk of flares - and there are quite a few patients who discover it doesn't work, it doesn't for everyone. But you would be better adding some pred now, by the end of September you may be in the same state your were originally and that means starting from the beginning. Adding 5mg may well be enough to avoid that.

Thank you for that advice. Some serious thought needed.

hill all the way. I have had a particularly stressful time recently that can’t have helped. Better...

Is anybody totally pain free with PMR

both knees. Miraculous. Pain free , including PMR pains although the pred pains came back after a...
•
28 Replies

(prednisone, MTX, and sulfasalazine) my Dr. thinks I have overlapping polymyalgia rheumatica (PMR)....

I was diagnosed with PMR about three and a half years ago and had been off steroids for over 1 year...

Not sure if it is PMR now

ago regarding shoulder/arm pain and stiffness. Briefly I was diagnosed with PMR in Dec 2016 and...

Timing is Everything.....Not when it comes to a Diabetic hus...