What’s your experience of being put on Ocaliva? My Gastro is considering putting me on Ocaliva as the Urso doesn’t seem to be working properly. I’ve googled the side effects and it seems to give conflicting advice. One site says reduces itching as fatigue, the other says side effects include itching and fatigue!

Just wondered what others have found. Also, do you take with Urso or instead of it? 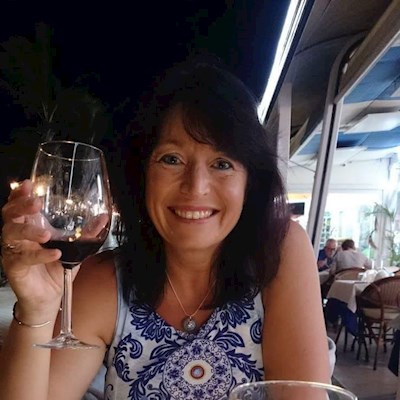 Hils67
To view profiles and participate in discussions please or .
Read more about...
24 Replies
•

Hils67...G’morning. I take ocaliva alone & have no side effects. Have taken it little over a year. 😊

FDA issued a black box warning on drug. You can Google information. Check with your doctor.

Yes & if you read far into that warning, drs were not prescribing correctly. Not necessarily Intercepts or Ocaliva fault. Some drs simply do not pay attention to dosing instructions set out by Intercept. All prescribing physicians receive the dosing info. If they ignore it that’s their negligence.

I had only been on ocaliva a couple weeks when that warning came out. Yes, I was scared to death. I was scheduled for labs in 3 months. I couldn’t get straight answer from my dr whether my dosing was correct. I ended up talking with a pharmacist who apparently was with Intercept. Needless to say she took my drs name & said she had to report it. He received a phone call from then I received a call from him. Needless to say he was pissed. I was then scheduled for monthly labs for 4 months. Drs are told to check labs monthly for few months to watch for problems. Intercept does not take those things lightly.

Lawyers in reply to gwillistexas

Good to know. I read the warning. Just put it out there as an FYI. Nor to scare anyone. I was one drug for years to treat depression. FDA issued black box warning. I happen to see it in medical magazine. My doctor knew nothing about it. Many people had liver failure and injury. It is now off the market. It can be scary. Glad medication is working.

My numbers have been perfect for many months. But having said that, my fibroscan in August showed small increase in fibrosis. Even though fibroscan is not totally accurate, I’m very concerned. But until I see the hepatologist & discuss it all with him, I’ll keep taking it. All drugs are a little scary but we have to decide to take or not. 😊

Lawyers in reply to gwillistexas

Never had a fibroscan. Only liver biopsies. One in 2004 and one in 2018. They are both grade 1 stage 2 fibrosis. In 2004 was diagnosed with AIH. Numbers not high enough to treat. I live at doctors getting tests constantly. Was also diagnosed with CREST. But only developed RE. Was so stressed out. We move to different state and I did not have liver tests for 9 years. Felt great. Finally went and ALPs were high so they said PBC along with biopsy. Now anxiety is back. No symptoms other than that. On Ursidol. Should have had bloodwork two months ago. They think my son has chrons so need to deal with that first. Never a dull moment. Who knows how accurate any of these tests are. Wish you best of luck.

Oh my. My labs suggested CREST as well. Negative on all heps & RA. No lupus or sjogrens. I’ve not seen rheumatologist as of yet. I have no insurance st preseason I’ll focus on liver until... I feel great but have trouble keeping my weight on. That’s another thing I will discuss with hepatologist to see if he feels it is due to OCA. True about tests. Hard to think something is wrong when we feel so good. If I weren’t AMA positive,, I would say I don’t have PBC. But I do. It’s so comforting to have this group. Other support groups do not compare. Hope your son gets along okay. 😊

Do you mind sharing what labs you had done to suggest CREST. After learning that PBCers often have an overlap with another autoimmune disease, I ran to a rheumatologist who ran a battery of tests. Almost wish I hadn't done that.. lol. He was very vague about the results. Said I had random positive tests and maybe leaning towards Scleroderma/CREST. I looked at the diagnostic criteria and don't think I fit the bill. He got really defensive when I questioned him and barely gave me any answers. Just a frustrating experience and I'm not to the point of seeking another opinion just yet, but I won't be going back to him..grrr🤨

HealthyChic...it was the ANA Cascade. It is in fact a cascade of tests😊

Yes..that sounds similar to what I had. Mine included a Lupus/SLE tier among others. I had a few positives but nothing conclusive, and there were over 50 antibodies tested. Just a confusing experience. My hepatologist explained that simply because I have an autoimmune condition (PBC..and Raynaud's) that I'll likely throw a positive for random antibodies..said I may or may not develop anything else. Felt the likelihood was low..so I'm just going to forget about it until I develop new symptoms. Thanks for your reply.😊💕

Yes mine was only suggestive of schleroderma. I’ve had no symptoms that I’m aware. For now I’m not worrying about it. 😊

*no insurance at present. Love autocorrect 😁

I was put on Ocaliva after years of being on Urso then becoming a partial Urso responder. My AF was always higher. I had no side effects from the Urso. However, I developed some side effects from the Ocaliva namely, it makes me feel a bit sick, gives me a bad taste in my mouth and makes me more tired; this developed after a few days. I was told that Ocaliva can initially make the itch worse but that usually improves.

I was prescribed 5 mg daily. However, due to the side effects I take it every second day. I've tried every 1 1/2 days but it affects my quality of health. I got good improvement with the daily Ocaliva so it was really disheartening that I could only take it every two days.

I suspect I react to certain fillers so it could be a filler reaction but I don't know. I still get some benefit with the Alk P at the every second day to make it worthwhile.

I've had the bad taste with other meds so I suspect this is unusual; when I looked into it, there had only been four reports.

All the best with it, Hilary.

Hils67 in reply to Lucky4

I’m waiting to hear whether my gastro wants me to take it, just thought I’d research it a bit first.

I'm on both Ursodial and Ocaliva; no bad reactions to either, guess I'm lucky. I have PBC and AIH, stage 4 according to my Hepatologist

My consultant suggested I try Ocaliva and said I would still infinite with Urso. I have refused the Ocaliva.

Stupid auto correct... Still continue with the Urso too.

Hils67 in reply to Sandymh

Can I ask why you refused?

Sandymh in reply to Hils67

Hi. My only symptom is constant itching. After reading side effects, I'm not prepared to take any medications than I'm already taking, that could possibly cause more harm to my liver or kidneys. I am 72 in a week's time, and apart from itching, I am well and prefer to keep like that as long as possible 🙂

Hils67 in reply to Sandymh

Happy birthday for next week! Thanks for the info.

Sandymh in reply to Hils67

Thank you Hilary. I wish you well in whichever treatment you decide to go ahead with. I'll be interested for an update.

I'm on it and I've had no side effects, but thankfully I haven't had much itching ever. I'm stage 4 PBC and stage 2 cirrhosis.

ROprish, I have a question. How long have you been on it? Did you progress while on it or did it stabilize you?

new drug Ocaliva I take 5mg daily. This is a new drug for people that have PBC that take URSO and...

335. considering moving up to 10 mg ocaliva but my cholesterol is already elevated from the ocaliva...

Ocaliva and side effects

clinical trial. I'm concerned about the side effects of Ocaliva but I'm interested to hear how...

Side effects of Ocaliva

At age 30 Started Ocaliva 9/4/18 Hoping this new medication along with the urso helps slow things...

I suspect I have a pbc. Where to begin? Indy.