I am 42 years old, and have 2 teenage children.

In middle of July this year I went to my GP with what I thought was a water infection, frequent need to wee and bloated tummy. She examined my tummy and thought I was 5 months pregnant. After my test was negative she sent me for an ultrasound where a 15cm mass was found on my right ovary. My CA125 results came back as 23.

About 10 days after that I went for an MRI which confirmed the mass to be my ovary, but nothing had shown as spread. But the mass had grown to 17cm.

On the 8th August I went for surgery to remove my right ovary and tube. My surgeon wanted to take my ovary out whole so a biopsy could be done. I was cut virtually from my pelvis about 8 inches to above my belly button.

I am now 4 weeks post surgery doing well, but my Guernsey pathologist requested a second opinion from Southampton.

I saw my surgeon yesterday and Southampton confirmed I have a Mucinous Borderline Ovarian Tumour stage 1a. And no further treatment needed, just 6 monthly scans and CA125 tests.

I am worried as my appendix wasn’t removed,he said it looked normal, but he said my ovary looked normal. Should it be removed along with a full hysterectomy.

Can anyone share it they have had similar please? 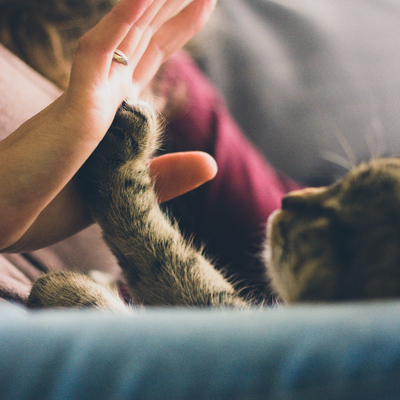 Emm77
To view profiles and participate in discussions please or .
Read more about...
13 Replies
•

Welcome to the forum no one really wants to join, but a forum where you will find some answers, much support and many wonderful women willing to share themselves with you in hopes of making your journey more comfortable and if possible, easier.

I am sorry to learn of your diagnosis, but so happy you sought the services of your doctor. Catching cancer early makes all the difference and you did well to have things quickly taken care of.

I am certain that someone in your position, or one similar, will respond soon. I can share that I was diagnosed with Stage 3C. I had a total hysterectomy and the removal of lymph nodes, some omentum, etc. but they did not take my appendix. The appendix is technically not considered part of the Uterus. Drs stopped doing this many years ago as it was determined that complications from the removal of the appendix outweighed the likelihood of ovarian cancer spreading there.

Your treatment protocol sounds normal - many with a diagnosis of 1a have surgery but no chemo or further treatment. You will be closely monitored for the next 5 years and will be tested regularly to ensure there is no recurrence. Hopefully, the second opinion confirms the first and you can move forward without any further treatment.

In the meantime, I hope you recover well from your surgery and never again have to worry. Be well, now and always.

A very good answer that covers everything and I can second this opinion and wise advice.

Hi I've had my left ovary and 2 tubes removed and septated cyst.i was diagnosed stage 1 oc. That was 4 weeks ago.im 52 and recommended I get right ovary uterus omentum and cervix removed.

I want to keep my cervix ..offered surgery and monitored g Or 5yrs x

Sorry you have had to join us !

I had a very similar presentation nearly 10 years ago when I was a few years older than you . I also had huge fibroids as well as this large simple cyst , so had full surgery. At my follow up I was told that the simple cyst was actually a borderline mucinous tumor, no staging was ever done. I was told annual follow up for seven years. I am obviously still around and nothing has come back.

In the ten years since I was diagnosed , it would seem that fewer UK patients are being recommend full surgery, unless they need it anyway , as I did. If they keep a very close eye on you you should be fine.

One thing that was never explained to me was that if you have any concerns you should get straight back in touch with the Consultant. Has your GP been good and was the surgeon good ? You do need to be your own advocate if you have any concerns . Were you aware that it might not be just a cyst or were you just told this at the follow up ? If you have questions , consider asking your GP to write to the consultant and ask about future management or do so yourself , or ring and ask for another appointment to discuss your future management.

Hope this helps a bit x

Emm77 in reply to charlie12

Thank you so much for all your replies.

I am having another CA125 blood test done on Monday so it will be interesting to see my results after surgery. Apparently I had one done last june I wasn’t aware and my score was 12, then July was 23. Keen to see what this one is.

Does the worry get and less Charlie?

charlie12 in reply to Emm77

Emm , the reason I check these boards periodically is to say just that to people who have just been diagnosed. I hardly think about it now , but it took time and we are all different. Time really really heals everything. One can be vulnerable after a general anaesthetic anyway , let alone after something like this. So yes it definitely does. Recurrences are very very rare and the fact that your pathologist got a second opinion from a larger hospital should y reassuring. Fingers crossed in future you will be able to reassure other « new « girls x

Petrolhead in reply to Emm77

Just a heads up. CA125 not usually raised with mucinous. For mucinous the tests are usually CA19-9 and CEA.

Emm77 in reply to Petrolhead

Thank you Fay for your message. I have spoken to my surgeons PA to request the two bloods above.

Petrolhead in reply to Emm77

Glad to see you found your way to this forum from where we spoke on McMillan(I post as Famous on there but use the same picture).

You might find it interesting to search for mucinous in the forum thread search. Or look at my profile and see where I have answered. It is mainly on mucinous threads ( but not always)

My experience was almost identical to yours, albeit 31 years ago when I was 34. Information about these mucinous tumours was just not available then so I spent many years worrying! All I could find out was OC was known as the silent killer. Mmmm. My consultant was virtually mute so he was no help.

Largely due to the internet, I now know this type of tumours has a great prognosis when diagnosed so early. Though mine was huge, it hadn't spread and was all contained in the capsule. The treatment then was a hysterectomy but I know now the treatment can be less radical in order to preserve fertility and spare you an overnight menopause.

It sounds like you are in good hands. I just want to add though that although my surgery was radical I felt a sense of relief that everything was gone, partuculary now as I'm older and I feel I don't have those now redundant organs waitng to give me problems! I'd had my 2 boys and I was very lucky in that I had a virtual overnight menopause with very few issues. So much more is known now though about mucinous tumours so take good counsel from the experts and you should be able to follow a safe path.

Wishing you all the best.

PS They kept an eye on me for 3 years and then allowed me to be discharged from the Christie due to my excellent prognosis.

Emm77 in reply to Marieloiuse

I have 2 teenage children, and had been thinking I would really like for everything else to be removed. But then with overnight menopause, further surgery and recovery, if it’s not needed then leave it well alone.

I thinking will wait for these next blood tests to make my mind up.

I am sure the worry becomes less after time. At the moment it is a.l so fresh and I am worried,

Which is why thinking if my appendix etc is removed would I be able to relax more.

It’s so hard as this type of diagnosis leaves so many questions doesn’t it..

Marieloiuse in reply to Emm77

I tend to forget I am viewing everything from 30 years down the line! And yes major surgery is a huge assault on your body and I think looking back if they'd managed just to remove the affected ovary I would have been over the moon and felt much less like a cancer victim. Also I would have felt that if that's all they took away then they aren't worried at all about recuurrence. I tend to think, rightly or wrongly, that they err on the side of caution.

It's only lately that I've read about OC and the appendix. I don't think they removed mine. I must check with my GP.

Wishing you all the best.

twisted so actually attached to the right ovary!, I had ovary and tube removed and it's been sent...

family/friends. I recently went for some fertility tests and had a suspected dermoid removed which...

recently been diagnosed with a borderline mucinous tumour, after a removal of a cyst that was...

diagnosed with a borderline mucinous tumour of the right ovary stage 1a after surgery. I don't...

although the ca125 test before surgery didn't show anything they have found a borderline tumour in...