I'm new here, I've recently been diagnosed with a borderline mucinous tumour, after a removal of a cyst that was thought to be an endometrioma. We had been monitoring it for a few years the last scan it had grown 7mm so we opted to take it out.

I'm currently waiting to get in to my gyn oncologist.

Is there anyone here who has been through this?

I haven't had children yet, I'm involved in professional sports, I was looking maybe further down the track when I'm done with my sport.

Also how long is recovery for removing a ovary? 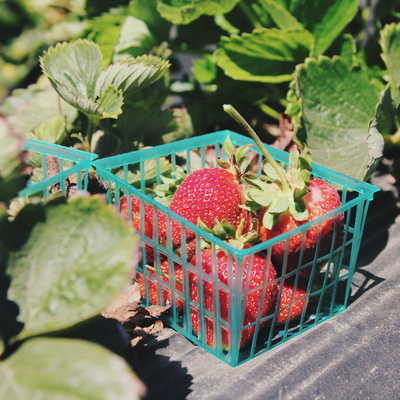 summer86
To view profiles and participate in discussions please or .
Read more about...
9 Replies
•

I really do understand what you are going through.

I've had a benign cyst on left ovary since my teenage years, always monitored. In June 2018 scan confirmed "endometrioma" (benign).

Doctors opinions divided on whether to do chemotherapy or not. Initially suggested treatment for GI cancers (Oxaliplatin and Capecitabine) - 3 cycles."

I have 2 children (5 and 2 years old). I noticed after my daughter was born, the cyst grew quicker (it was 7cm in June 2018) and I was going to remove it via laparoscopy, but didn't get the opportunity (never had any symptoms of endometrioma, no menstrual cramps, or heavy bleeding), and in December 2018, I felt horrid abdominal pain (one episode during menstruation) and the cyst started growing out of control (I could feel it).

Doctors believe that my cyst went from benign to mucinous borderline and then mutated to mucinous carcinoma. I am now on my third cycle of chemotherapy.

Before the surgery I had an MRI (abdominopelvic) which showed signs of malignancy located only in my left ovary.

During surgery, the cyst was shown to a pathologist who confirmed mucinous carcinoma and surgeon decided to carry out a full histerectomy, with removal of ovaries, uterus, fallopian tubes, lymph nodes, appendix... Basically, the surgeon removed everything he could, so there would be a smaller likelihood of the cancer spreading anywhere else. I previously agreed this with the surgeon in this worst case scenario.

Your case is different as it is borderline, so you need to follow advice from your gyn onc. Because you haven't had children, I think doctors will take a more conservative approach to surgery.

There are a few posts here about borderline tumours with really useful info and you can also make contact with other members who have had the same diagnosis as yours.

I sincerely hope that all goes well with you. Keep us posted, please!

summer86 in reply to cbulha

Hi thank you for your reply I’m so sorry you had to go through all that..

I just feel a bit overwhelmed because I don’t know what’s going on right now. I have 2 more days to wait. I’m trying to keep myself busy still training and going about my day..

I still feel a little in shock right now.

The cyst is only small, the doctor said something over the phone about being stage II..

I’m in a similar but different situation. After removal of both ovaries and tubes last month (everyone deemed the supposed cysts on both benign based on scans etc) the biopsies showed I have stage 3C serous border ovarian tumours also spread to the peritoneum. I’m considerably older than you (61) so post menopausal.

So I can answer perhaps one of your questions. I had my ovaries and tubes removed laparoscopically (also at the same time a vaginal prolapse repair). 4 weeks later and despite having a post op infection (now cleared) I’m back to normal Apart from the no heavy lifting for another 2 weeks (but think that advice is due to prolapse repair). After just two weeks I was driving and even able to walk the dog two miles.

I’m having further completion surgery to remove omentum, pelvic lymph nodes and appendix in early June (but this is where my situation is different to yours due to the stage/grade and my age (post menopausal). (Had hysterectomy 16 years ago)

Good luck for your upcoming appointment. It is an emotional rollercoaster but I’m staying positive whilst waiting for results of yesterday’s CT scans and upcoming surgery (& further biopsies of course).

summer86 in reply to csewsandskis

Thank you for your reply..

it really is a roller coaster.. I was in denial for awhile.. I didn’t want to take it seriously..

After the initial shock wore off it hit me like a ton of bricks in the especially the last 24 hours, the waiting game is hard.

I feel a bit lost.

I’m sorry you have to go what you’re going through..

I was diagnosed with a borderline ovarian tumour last year. I had cysts on both ovaries (one was 8.6 cm x 5.6 cm and the other 4cm x 4cm). Due to the bigger one twisting, I had it and a fallopian tube removed in July 2018. It was a simple, painless operation and I was advised not to lift anything heavy for 6 weeks. The operation is nothing to worry about. The cyst histology came back as borderline but as I am pre menopausal they advised me to wait until I hit the menopause and then have a hysterectomy which hopefully should solve any further problems. (If it's in one, it's likely to be in the other). I have 6 monthly scans and blood tests (last one March this year) and the results were grand.. I can also tell the doctor at any point that I want the hysterectomy. It doesn't really affect me in any way except I occasionally worry about it but I suppose this is normal lol

It's a shock but hang in there x

It give me peace of mind. Is your fertility effected being on both ovaries?

Mine is only 3.2cm when they cut it out, so only small.

The Dr said that small cysts can come and go but the big one needs removed. He said that I could still get pregnant but I didn't really ask him any questions because I'm not planning on having any more children.

Hope your gynaeoncologist has been able to reassure you. Mucinous Borderlines are usually only in one ovary, grow very slowly to a larger size than serous - so yours must have been caught early, mine was over 20 cm- and are less likely to mutate into low grade ov ca. All of which should mean that they will be able to preserve your fertility with removing just the one ovary until you've had children.

I've just read some retrospective research, going back 20 yrs, published in 2016, specifically on mucinous Borderlines. Only one recurred - 1.3% - with a cyst in the other ovary. They were able to remove it, leaving the ovary and she went on to have a full-term pregnancy. Prognosis was described as 'excellent'. No one in the sample had died of MBOT.

So, hopefully, shocking tho' it is now - I know the feeling! - it will turn out to be just a blip in your plans.

Thanks sue, I feel so much better reading this.. mine was only 3.2cm they got it real early.. I see my gyn oncologist today

Hello I have just been diagnosed with a borderline mucinous tumour of the right ovary stage 1a...

confirmed the mass to be my ovary, but nothing had shown as spread. But the mass had grown to......

ovarian cyst. After this operation I was diagnosed with a serous borderline stage 3C tumour and had...

fertility tests and had a suspected dermoid removed which came back as a borderline. I am currently...

actually attached to the right ovary!, I had ovary and tube removed and it's been sent off for...

surgery and chemo for one enlarged lymph