Nightime leg cramps: Is anyone have night time leg... - NRAS

Is anyone have night time leg cramps in calfs so bad they wake you up. I already have soap under my sheet. I don't know if they come from Remicade or MTX or maybe not. 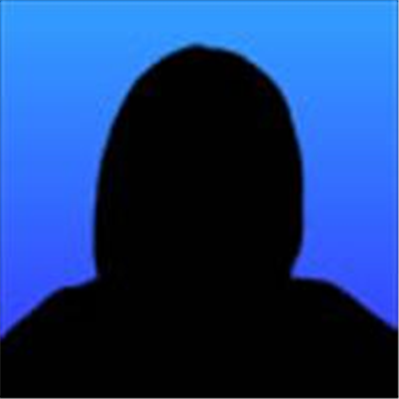 tricia1
To view profiles and participate in discussions please or .
Read more about...
14 Replies
•

I have suffered from night cramps in the calfs for several years even before I started treatment for PsA. To help alleviate this I make sure I drink quite a lot of water during the day then last thing at night I place the palms of my hands on the wall with my legs stretched backwards. It looks like your leaning on the wall, then give a push. I was told this by a physio many years ago and it does help. You are doing pushups but standing to stretch the muscles. Try this and see if it helps you.

Thanks George but since I am female I doubt I have PSA. Thanks for the information tho.

in reply to tricia1

I am actually a female and there are loads of us who have PsA.

in reply to tricia1

LOL! Oh dear, the Medical profession is running out of abbreviations. PSA (all caps) Is Prostatic Specific Antigen and is a test for Prostate problems. Men only can have this.

PsA (small s) Is Psoriatic Arthritis. everybody can have this

Women and men can both get PsA!

tricia1 in reply to

Sorry, I didnot realize that both could get PSA. Thanks

as it happens I most likely have PsA too (not sure yet) but of course my leg cramps could be a coincidence. I had them for several years: before diagnosis of inflammatory arthritis and before medication. They got pretty bad, waking me up at least once and often several times a night & were agonising. This continued for a while after starting MTX last June but I've had almost no cramps for the last 2 months or so.

I have wondered whether the cramps have disappeared because I've virtually given up drinking, sometimes I drink the tiny MTX alcohol 'allowance' & sometimes don't bother. I did use to see some connection between red wine and cramps - the more red wine, the worse the cramps. So, if you don't drink, perhaps it is down to dehydration? I have always drunk loads of water, but alcohol probably dehydrated me anyway.

In addition to being (nearly) teetotal I've given up smoking and eat a slightly different diet these days - far fewer deadly nightshade foods (spuds, tomatoes, peppers, aubergines etc.), less dairy and even more fruit and vegetables than before diagnosis.

Don't know if any of this rings bells for you but the cramps used to drive me round the bend & the fact that they've gone so completely must be due to something, but what I'm not sure. I find doctors don't think cramps are worth discussing.

hi ya Yes I have suffered from leg cramps really badly and especially since diagnosed with RA I did find it got better when I started MTX but when I was off treatment for 4 months the cramps were awful like you waking me up from the dream that i thought i was in untill I found the pain was real and my calf's were cutting in half with pain. I now take Quinine at night and it has helped I'd drink more water if I didn't have to keep getting up as it was 2/3 times a night. I'm on 20mg MTX

Quinine sulphate 300mg tablet at night cured mine, and I was having four to six episodes a night in my calfs and feet. Before these were prescribed I was drinking tonic water make sure it has quinine in! But these little wonder tablets have stopped them from the first night. Not sure if it is just me but they have been the one and only positive thing about my diagnosis. I have always suffered with cramp but it was getting worse prior to my diagnosis and when I was on mtx. I hope they help you.x

Bearing the quinine in mind perhaps it would be a good idea to introduce the DMARD Hydroxichloraqine which has quinine as its base? I haven't had any cramp since taking this. I had locking and cramping last year for about 3 months pre diagnosis. My GP said it was inflammation and prescribed Naproxen which helped. TTx

I take Ropinorole before bed for this problem. I sleep better. For the overall aches, Cymbalta at night. However, when the pain is severe, nothing seems to help. Good luck!

The simplest remedy is in the answer from Christine (feather) Usually, increased intake of Potassium sources is the answer, so fruits and vegetables known to be good sources of Potassium added daily will help alot. Unless,for cardiac patients, you are advised to limit extra Potassium in your diet. Watermelon is a great one, and lower in calories and carbs for those concerned about them

Avoid even slight dehydration. Anyone taking diuretics usually need to be aware of this possibility. Hope this helps, L.xx

I get nasty leg cramps, can be any of my leg muscles but usually around my ankle and calf. The docs have said it's probably down to the damage going on in the joints.

I've found only one thing that works - keeping my legs warm. I've bought a small electric blanket which works a treat when it's really cold, and for when it's not too bad I also have a fleece blanket which I either use on top of the duvet or to wrap around the area that's cramped up.

lack of magnesium and calcium as well as potassium also cause cramp.

ago and last night I suffered terrible cramps in both calves, I haven't had leg cramps like that...

all ..does anyone else have terrible leg ankle and groin cramps ..n if you do , have you any idea...

RA for 40yrs. Anyone have an idea re: the leg cramps. Not able to sleep well at night or naptime. 😉

I have been getting leg cramps almost every night for awhile. Can’t seem to figure out what is...

last few weeks upon waking been getting terrible leg cramps,scared of moving when I wake up as they...